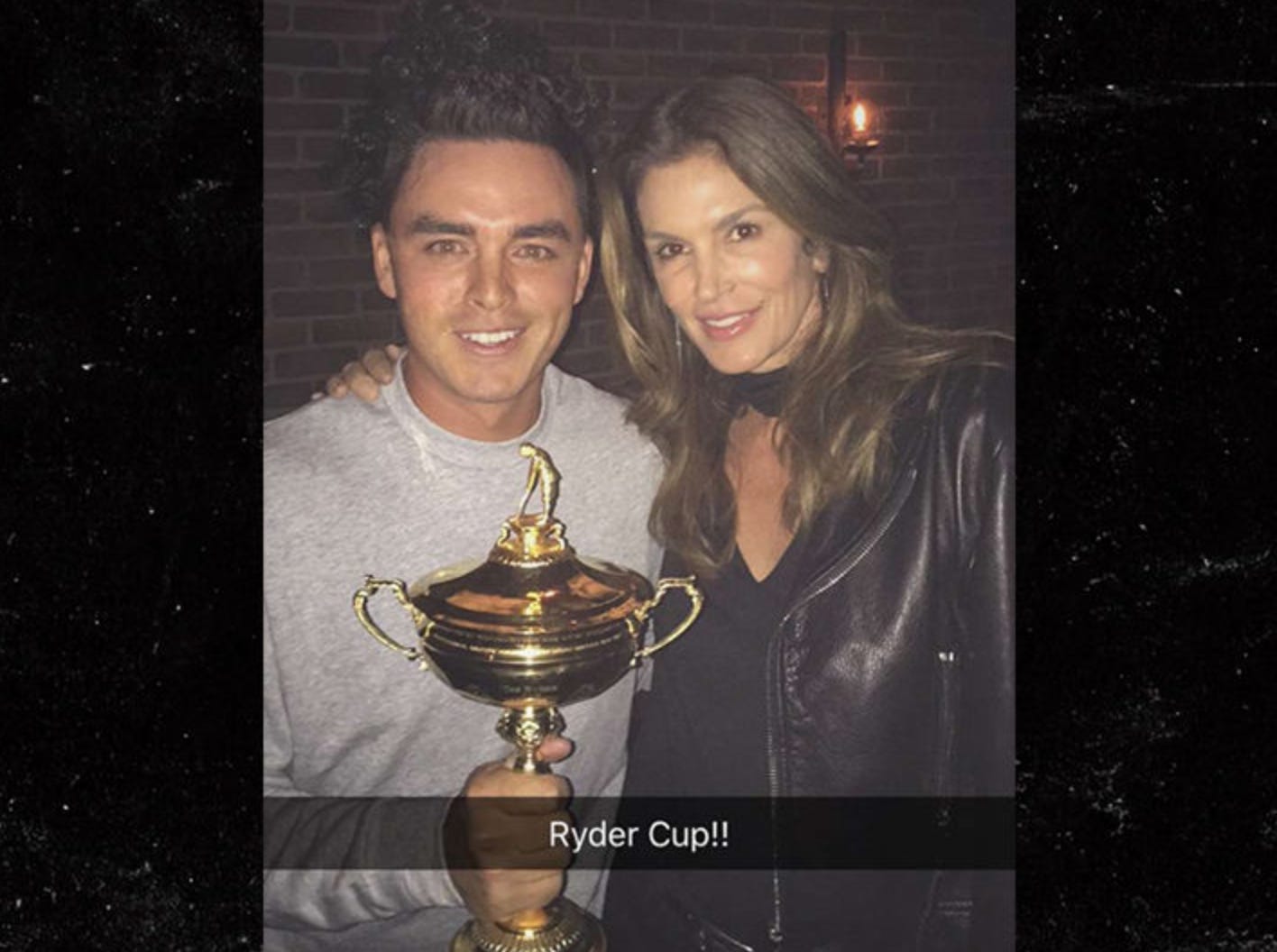 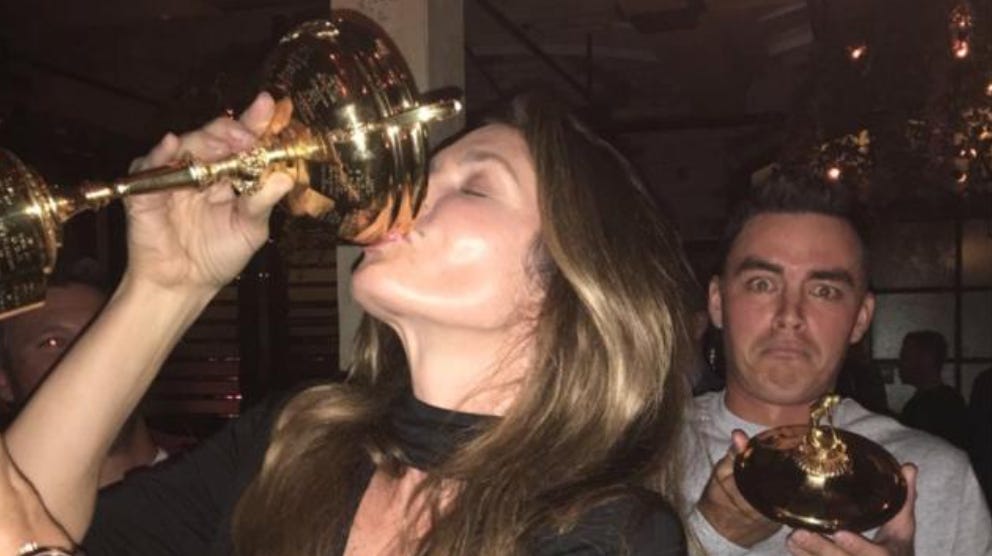 Get it son! Live that life! Rickie Fowler turned 28 years old yesterday and is living his best life possible. Hanging out with Hall of Fame super models in Hollywood and drinking booze outta the Ryder Cup. Pretty fucking good times for Rickie. I’ll be 28 years old in March (subtle birthday drop, get me something nice) and I GUARANTEE it’ll be nothing like Rickie’s. There certainly won’t be any super models in attendance. Hey do you think Rickie got it in with Cindy? It’s the question we’re all thinking about. As far as I know, Rickie is single. As far as I know, Cindy is single (probably not true). What’s to say Rickie didn’t score with a 50-year-old cougar last night? Now that would be an accomplishment for the young golfer. He doesn’t have a major yet but having sex with one of the most famous hot women in the world would be pretty much just like winning a major. Here’s to hoping it happened.

PS- You know what the best part of being rich and famous would be? Weekdays literally don’t matter. Rickie and his crew were ripping it up last night like it was a Saturday when it was actually a Tuesday. They didn’t care. Days of the week don’t matter when you have money. I bet you could ask most celebrities what day of the week it is and they’d have no idea. Everyday is Saturday to them.