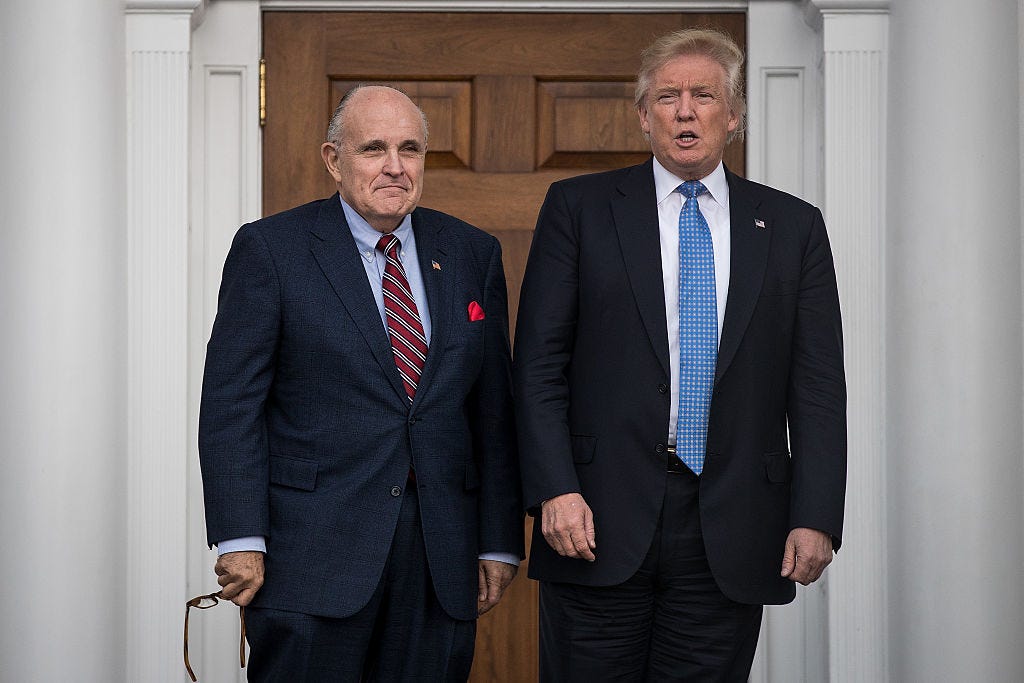 NY Post — Donald Trump worried that Rudy Giuliani might lack the stamina to fulfill the duties of secretary of state, according to a report.

Once a leading candidate to be America’s top diplomat, Giuliani fell out of favor, in part because Trump began to question the 72-year-old’s fitness, according to the Wall Street Journal, which cited an unnamed transition official.

Giuliani strongly disagreed, telling the paper: “My stamina is unbelievable.”

Poor Rudy. Used to be the man. Used to be beloved. Used to be America’s mayor. Then he hitched his wagon to Trump, towed the line as best he could, became a crazy person, and got dropped come appointment time. And let’s not disguise it as a “stamina” issue — Trump just realizes Rudy’s going crazy. 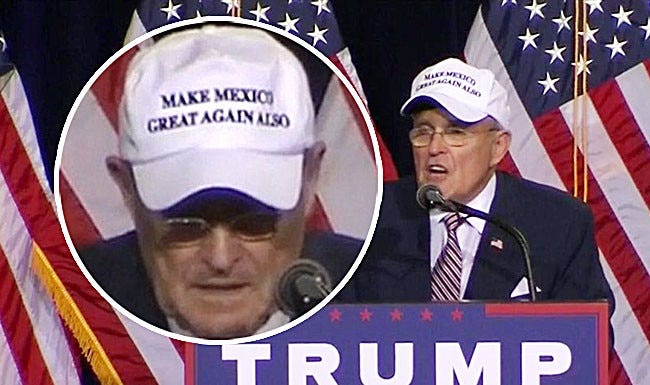 Stamina coming out of Rudy’s eyeballs. Just chill out man.

I like Rudy. Hard not to feel bad for him here. Kinda gets looped in with Chris Christie: guys that immediately jumped on the Trump bandwagon only to get snubbed come cabinet time. Maybe he’ll get Ambassador to Mexico or something.