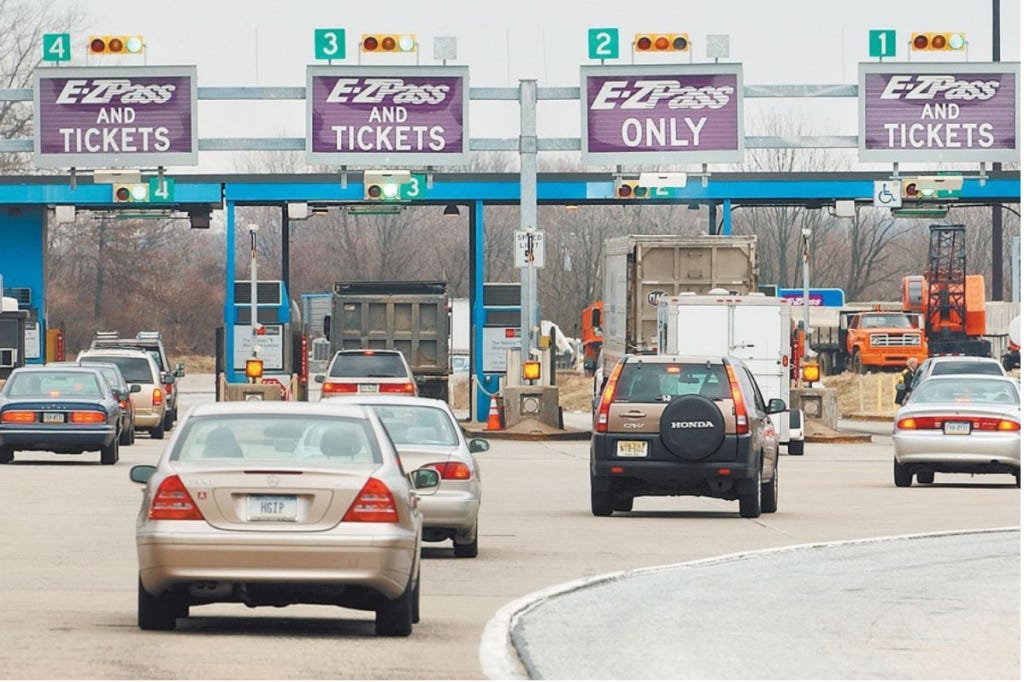 Philly – Michael Stuban, a midlevel manager at the Pennsylvania Turnpike Commission, retired on Thanksgiving after a 35-year career that started in a tollbooth.

But before he left, Stuban filled out his exit questionnaire with what he described as “brutal” honesty. Let’s just say he didn’t give his bosses an E-ZPass.

Stuban blasted the “out of touch” executive-level managers who are “only looking out for themselves” and are running a “rudderless” agency that hires incompetents based on political connections.

Stuban, 58, wrote that he actually liked his job and didn’t want to retire yet, but that the last five years at the commission had been “terrible,” with “no morale” among workers.

“Giving us classes where we are being told we are not political. That’s bulls-,” he wrote. “Jobs/Promotions are filled by the politicians, it’s who you know, not what you know. Positions created for people who are not qualified.”

Now THAT is how you fucking end a career right there. 35 years jammed into a toll booth taking shit from one new hot shot boss after another, dealing with all the bullshit from management, idiot asshole administrators and paper pushers always giving you grief about your forms and insurance and benefits. Watching them make awful hire after awful hire, never paying you what you deserve, short changing you on bonuses, skimping on the 401K. Most people just put up with it, bide their time until they’re finally old enough to get out, pack their stuff into a box and head off into retirement. Not Michael Stuban. Oh no no no. Michael Stuban doing what all of us who have ever had a boss in our lives dreams of doing, going scorched earth on the way out, eviscerating everyone in the company top to bottom in a mass email, hitting send and heading straight to his rocking chair on the front porch.

Stuban, who hails from a small borough in Western Pennsylvania, sent the email not just to the HR department, but to everyone at the Turnpike Commission. More than 2,000 employees.

“Want to get away? Southwest is offering great fares . . . ” one Turnpike Commission employee replied-all to Stuban’s email, referencing the airline’s commercials.

Next up was former State Sen. Sean Logan, chairman of the Turnpike Commission, who apparently didn’t find any of this funny. He hit the reply-all button and wrote: “Mr. Stuban . . . I don’t believe we ever met, and after reading your Exit Questionnaire, I am grateful that we didn’t.”

We called Stuban at his home along the Ohio River in Beaver County. It sounded like he was smiling on the other end.

“When they asked for an honest exit interview, I gave them one,” Stuban said, chuckling occasionally. “I sent it minutes before I officially retired.”

That’s how it’s done folks. Rattle everybody on your way out and tell them how you really feel, let out all that anger you’ve had pent up for years and years. Not good to keep it all inside, any therapist will tell you that. Way more therapeutic to tell your bosses to fuck their own faces as you head off to your twilight years.