NY Post – Hilary Duff can’t believe people are outraged that she kissed her 4-year-old son on the lips.  The actress sparked a heated debate Monday after sharing a snap from a trip to Disneyland where she is seen pecking son Luca on the lips. Though the photo in question received more than 230,000 Instagram likes by the next day, many users spat out their disgust with comments like, “You should not kiss your son like that. There’s other ways to show love but not that one. It’s confusing for him, it’s not healthy.” Meanwhile, fans of the 29-year-old “Younger” star were quick to jump to her defense. Duff fired back at her haters Tuesday with a new post that read, “For anyone commenting that a kiss on the lips with my four year old is ‘inappropriate’ go ahead and click a quick unfollow with your warped minds and judgement.”

If you’re one of the people bothered by this, go ahead and raise your hand so we can round you up and throw you into some sort of institution. You’re all sick fucks with whacked out thoughts. He’s fucking FOUR bro. He’s not sexually confused, you goddam perverts. Lotta babies suck on their moms tits – you think thats unhealthy too? Kick rocks. If your head goes to those dark places, you’re the ones with the issue.

Now just so we know, there’s definitely a lot of parental kissing that is most certainly inappropriate. So lets review:

Harmless parental kissing – 4 year old son giving a peck on the lips to his mom at Disney. 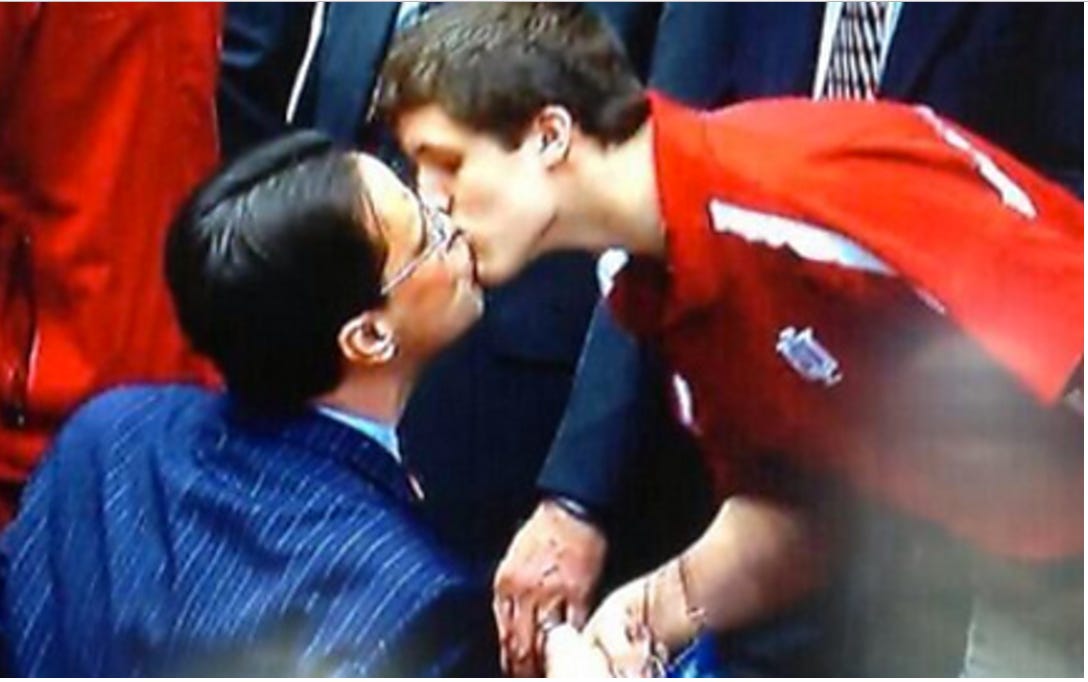 There are times to shame weirdo moments between parents and kids and that was one of them. Giving shit to Hillary Duff for that kiss is not one of them. Please use this as your barometer for social shaming from here on. Tysm.