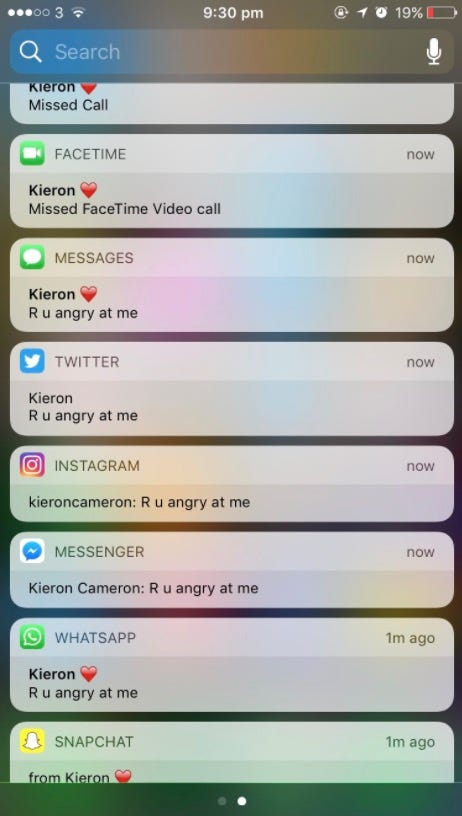 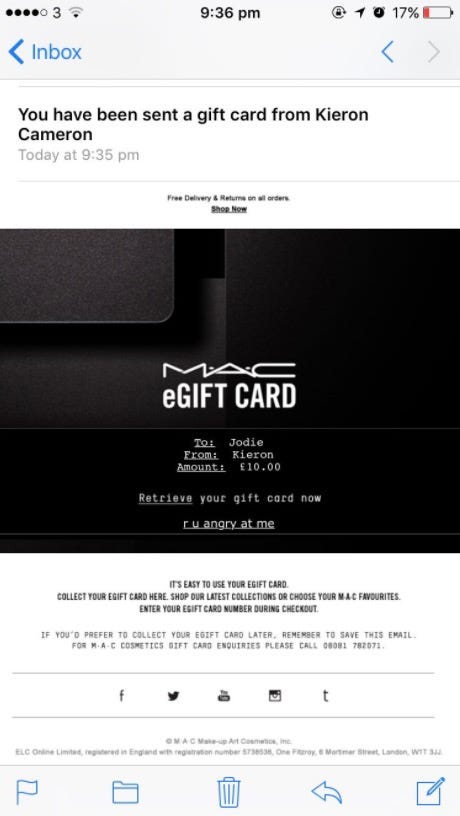 Mirror – After his attempts to FaceTime didn’t work, the young lover tried one last attempt at resolving the issue, and sent his girlfriend a giftcard.

Kieron splashed out on a £10 Mac makeup gift card, with his now famous “r u angry at me” written on the note.

She insists that she was never upset at her boyfriend, who says he wasn’t being serious in his messages.

Yeah sure thing Kieron, it was all a joke:

At first blush my thought was “Guys today are such pussies, immediately backing down and going full Stage 5 clinger with apologies for the slightest indiscretion.” But then I thought about it and this Kieron dude might be the next evolution of what men can do to stay ahead of chicks. They say it’s “better to ask for forgiveness than permission” and that’s what Kieron did here. He did whatever the fuck he wanted, ditched their probably awful night-in plan, and then figured it was a problem for Future Kieron to clean up when he gets back hammered off his ass. Live in the moment, deal with the wreckage after, that’s the best way to live life when you’re young and mostly unencumbered.

But then I thought about it more and what Kieron kid did was get ahead of the 8-ball better than most guys decades older could. He knew he fucked up from with his choices so he got home, Googled himself some sobriety solutions, and immediately got right after communicating to this chick anyway he knew how with a little egg on his face. She wasn’t LEGIT pissed, she was probably just pissed enough where taking the mea culpa in a hilarious fashion was more than enough to get out of situation. Going full WUPHF mode here on his girl saved him a headache, got her viral attention, and got her 10 Euro dollars worth of makeup, finding a win-win-win out of a total losing situation. Kieron’s drunk teenager instincts here are like seeing an 8th grader burying threes and throwing down windmill dunks, dude is a blue chipper in chick management. 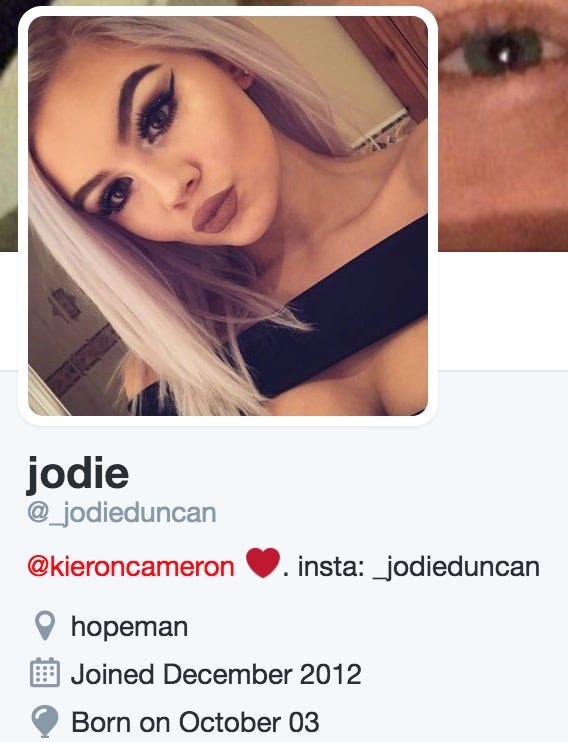