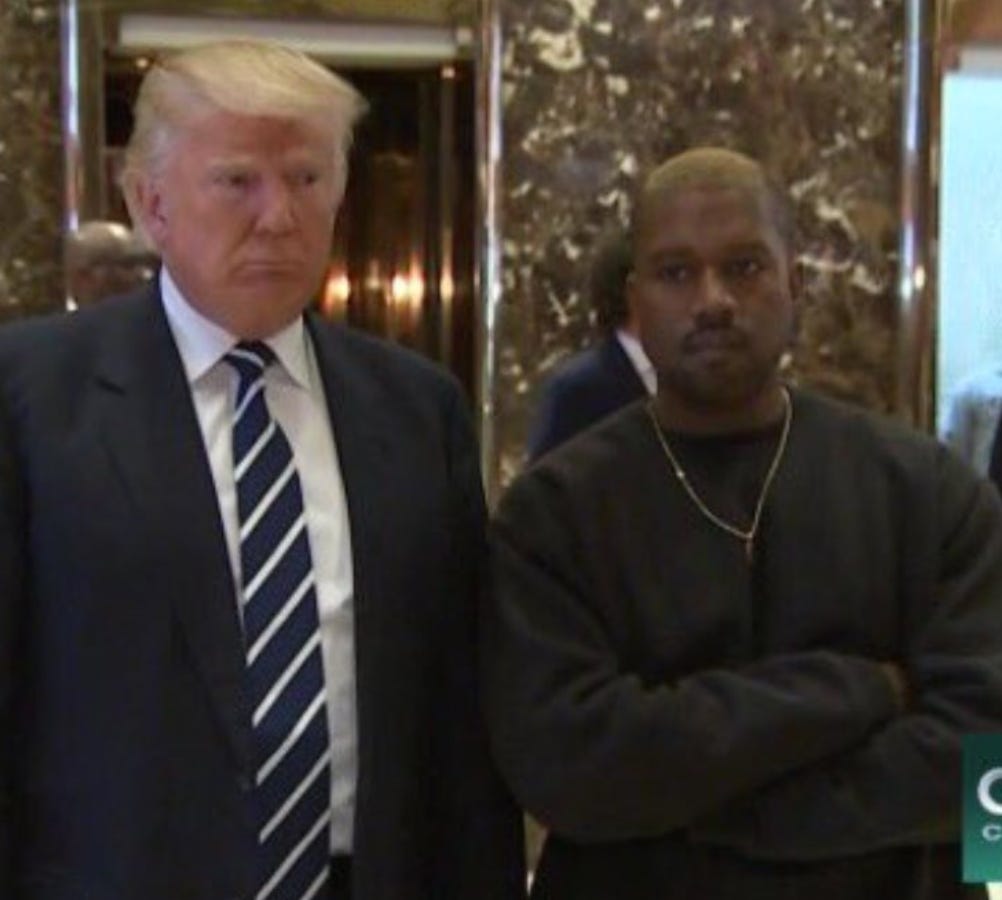 To be perfectly honest I just wanted to type that headline out and make it real. So fucking preposterous every which way you look at it and people are LOSING it. Every time I think I want to try and be more politically active I see someone on either side bitching and moaning about liberals or conservatives and I say fuck it, I’m just going to enjoy chaos. Donald Trump and Kanye West kicking it at Trump Tower. Super Villain stuff. Now back to a bunch of people saying how awful 2016 was and how they can’t wait for the year to end as if once it turns to 2017 we won’t have the same amount of deaths, terrorist attacks, and every day bullshit to deal with. Ugh, worst year ever, this arbitrary date that comes around in late December will fix it all!

I don’t care how rich and famous you are, this situation will always be awkward for everyone involved.