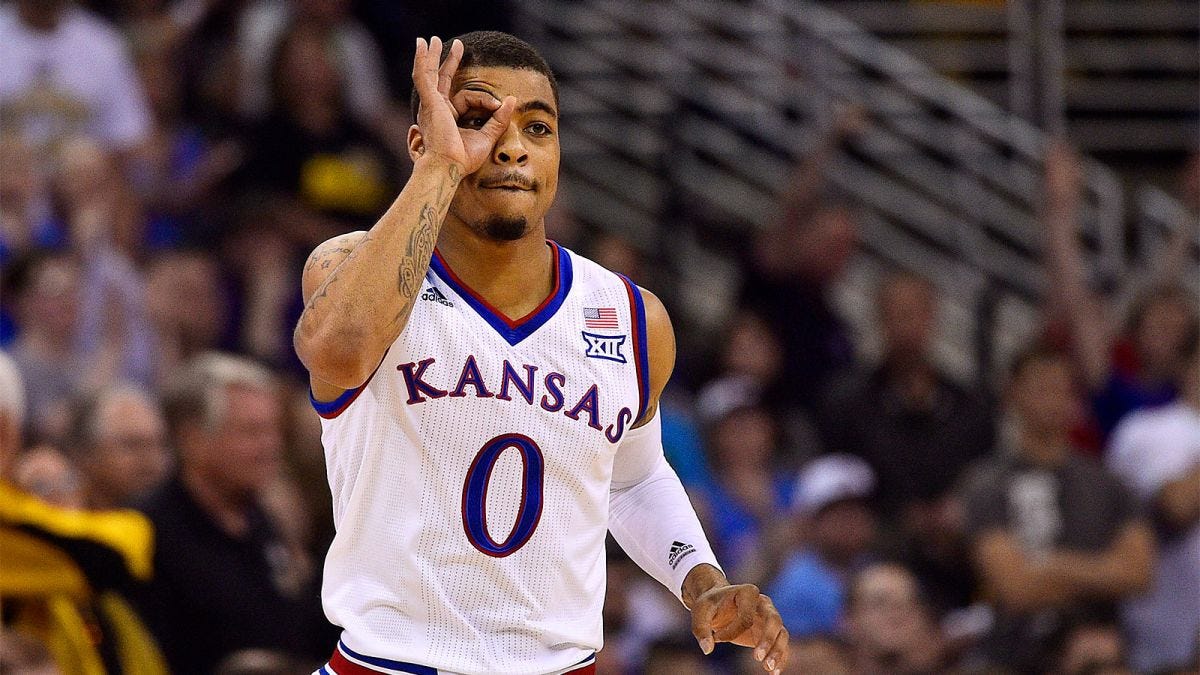 I can’t help the schedule right now. With finals and the end of semester here, the weekday games suck. That’s just a fact. So instead of previewing games, we’ll take a look at things around college basketball. Whether they are observations, looking at a specific player or team, or what have you, we’ll get through these next two weeks until conference play starts.

We’re essentially at the ¼ mark of the season so why not take a look at some early season observations. Again, it’s still relatively early in the season but we’re starting to get a feel about teams. With that being said the biggest takeaway so far?

–  The six most important programs in college basketball are currently in the top-10. Those six include UK, Kansas, Duke, UNC, Indiana and UCLA. It’s the first time since 1994 we have them all there and it’s the best thing going for the sport. College basketball is better when these programs are highly ranked.

– After that eight of the 10 most important programs are in the top-11. Throw in Villanova and Louisville and you have the top-11 rankings. The 9th and 10th school that I’d have in for programs that make the sport better when good? Michigan State and Georgetown.

– The 11th to 20th programs that make the sport better when good: Arizona (I’ll listen to them being in the top-10), Maryland, St. John’s, Illinois, UConn, Butler, Gonzaga, Syracuse, Wisconsin, NC State.

– The National Player of the Year race might be ending sooner than later. Villanova’s Josh Hart is the heavy favorite to win the award right now due to his ridiculous start and the fact guys from Duke and UK will cancel each other out. The race right now looks to be between Hart, Frank Mason and Lonzo Ball. If I had to vote, my top-5 would be Hart, Mason, Motley, Kennard and Fox right now.

– The at-large selections right now will be dominated by the power 6 conferences. The American Athletic Conference and A-10 have both sucked this year. There were high hopes for both conferences to get 4-5 teams in a piece, but right now both look like 1-2 bid conferences. The AAC has suffered with UConn not being good and really just being carried by Cincinnati. The A-10 can’t get a big time win, though I think you’ll see them get 2-3 teams in the tournament.

– The Mountain West has completely fallen apart. This was once thought of in the same breath as the AAC and A-10 and many expected it to be a multi-bid league. It’s going to be a 1-bid league again. They have a losing record against KenPom’s top-50/100/200.

– There are still a ton of injuries to big-name guys and that completely sucks. Guys like Harry Giles, Miles Bridges, Parker Jackson-Cartwright, Terry Larrier, Alteriqute Gilbert, Ben Carter, Marcus LoVett, Bennie Boatwright and Makai Mason have all put a damper on the season.

– College officiating has been awful. They really need to figure out what they want the refs to do and more importantly hold them accountable for awful calls. The hanging on the rim this weekend in the Wisconsin and Kentucky games were egregious. They are wildly inconsistent and need a complete makeover.

– It’ll be interesting to see what the committee does with a team like Syracuse who won’t have a quality non-conference win. What the committee looks at each year for seeding tends to change slightly and while they can rack up quality wins in the ACC, will the committee mention this?

– This freshman class is the best we’ve seen in quite some time. There hasn’t been really any letdown players and even guys who were ranked a little lower or forgotten about are excelling. The NBA Draft is going to be absolutely loaded with talent. Can’t wait to see how the Knicks fuck this up.

– The CBS Classic getting extended another three seasons is awesome. I love these little challenges where big name teams play doubleheaders on a neutral court. Sign me up for another 3 years of UK/UCLA/Ohio State/UNC.

– Northwestern is in the right position to make the NCAA Tournament for the first time ever. 2-2 against top-100 teams with the only two losses coming on the road or neutral court. They have a chance to get another one when they play Dayton and the Big 10 is wide open. Finish in the top-6/7 and they should be in.

– We’re on pace to get an undefeated Creighton/Villanova game to kick off Big East play on New Year’s Eve. Let’s all watch that, deal?

– More coaches need to adapt the strategy of not calling a timeout to set up a possession at the end of games. You’re not drawing up a new play in that huddle, so why let the defense get set? Call the play, that you’ve practiced already, and let your guys go. More importantly get your guys going to the rim. Players have got to stop settling for that midrange step-back jumper off the crossover that we see in 1-4 sets all the time. Coaches have gotta stop over-managing when it comes to this.