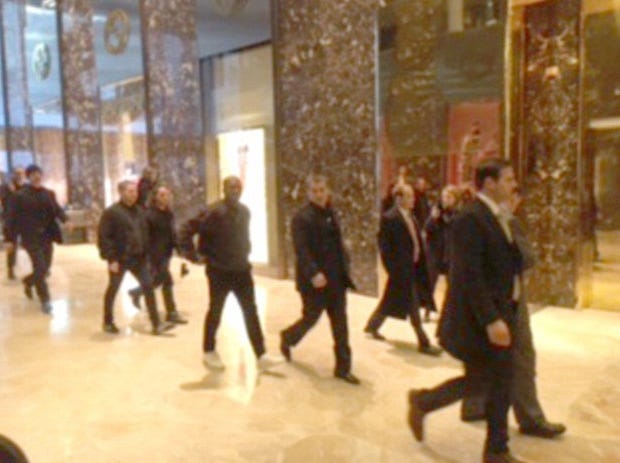 When you got involuntarily locked up in a psych ward for briefly losing your mind meanwhile your wife is plotting to divorce you but the President-Elect is about to name you Secretary of The Interior or something:

Kanye West swept into the lobby of Trump Tower shortly after 9am on Monday – in a move which suggests he is meeting Donald Trump.

The rapper was followed by an entourage which included a videographer but did not say what he was doing there.

The 39-year-old, who until recently had been recovering from a nervous breakdown in hospital in Los Angeles, was taken upstairs. [Daily Mail]

Lot of people think this is just about asking him to perform at the inauguration. But if I know Donald the way I know Donald this is a full blown cabinet appointment meeting, or a cabinet-level official at the very least. Yeezus for Administrator of the Small Business Administration, nice ring to it. Not only are we draining the swamp, we’re turning the swamp the fuck up.