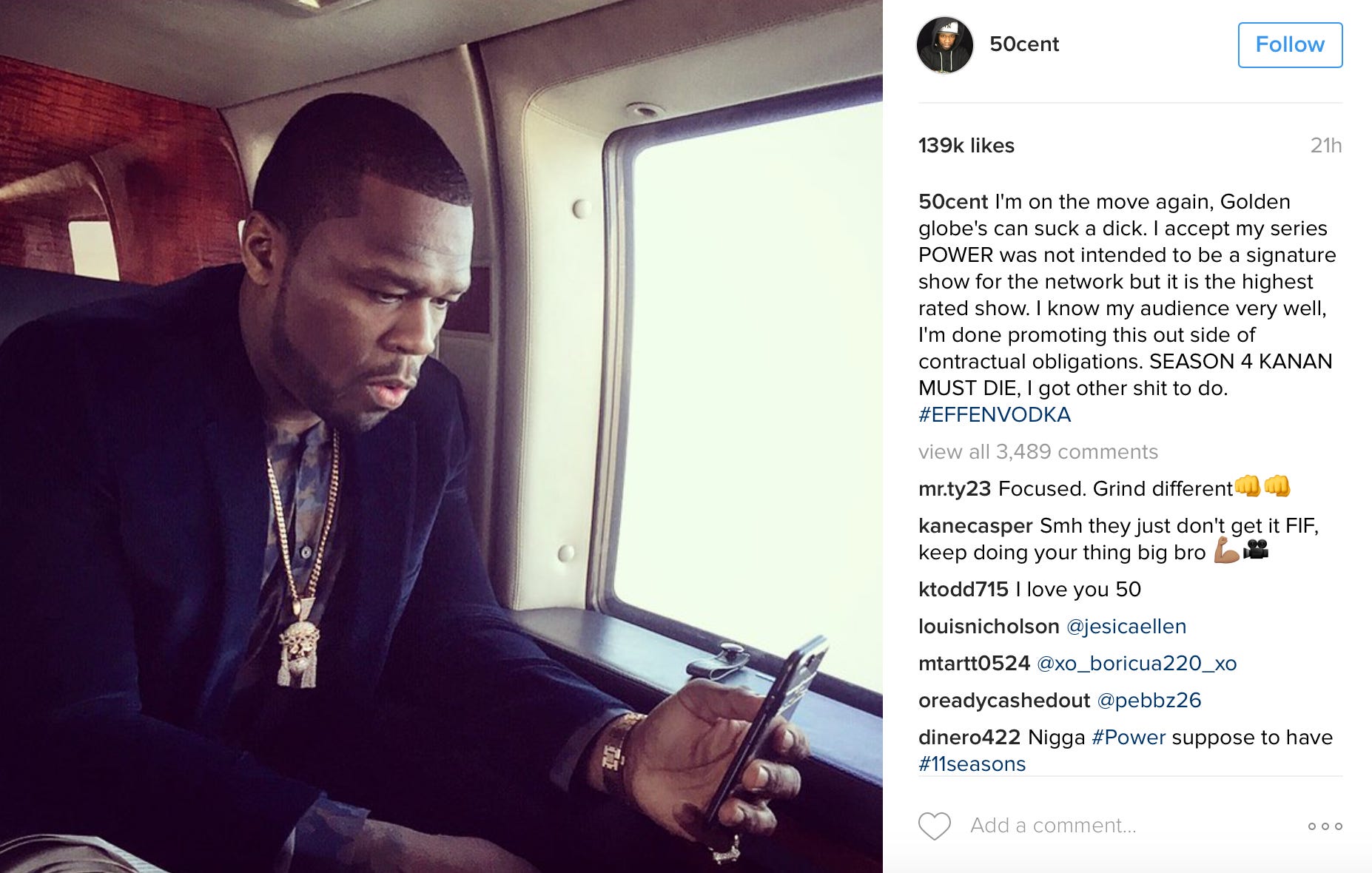 Variety- Curtis “50 Cent” Jackson put in his two cents regarding Monday’s announcement of this year’s Golden Globe Awards nominations — which didn’t include his Starz show, “Power.” The rapper and actor slammed the Hollywood Foreign Press Association via Instagram for once again omitting “Power.” The show, which recently wrapped its third season, has never been nominated for a Golden Globe or any major award show accolade. 50 Cent, who serves as an executive producer and plays the character Kanan, had some less-than-flattering words to say regarding the snub and stated that he will be quitting the show.

Hey just chill the fuck out, Curtis. It’s the Golden Globes. I need a ranking of what entertainment awards actually matter and what ones don’t. Off the top of my head, the Golden Globes do not matter. People don’t brag about winning Golden Globes. They brag about Oscars and Grammys and Emmys. Those are the Power Three in my uneducated opinion. 50 Cent throwing a fit over not being nominated for a Golden Globe is embarrassing for every longtime G-Unit supporter. That’s what this comes down to. I can’t have The General of G-Unit, a guy who rapped about being the biggest badass in hip hop for a decade, throwing a temper tantrum over a shiny award he didn’t get. OR even have the chance to get. And you know why his show probably didn’t get nominated? Cause it probably sucks. I’ve never seen it and barely even heard of it. That’s the main problem. What it boils down to is 50 Cent needs to quit the show, get the G-Unit band back together and do a redemption tour. Stick to what you’re good at.