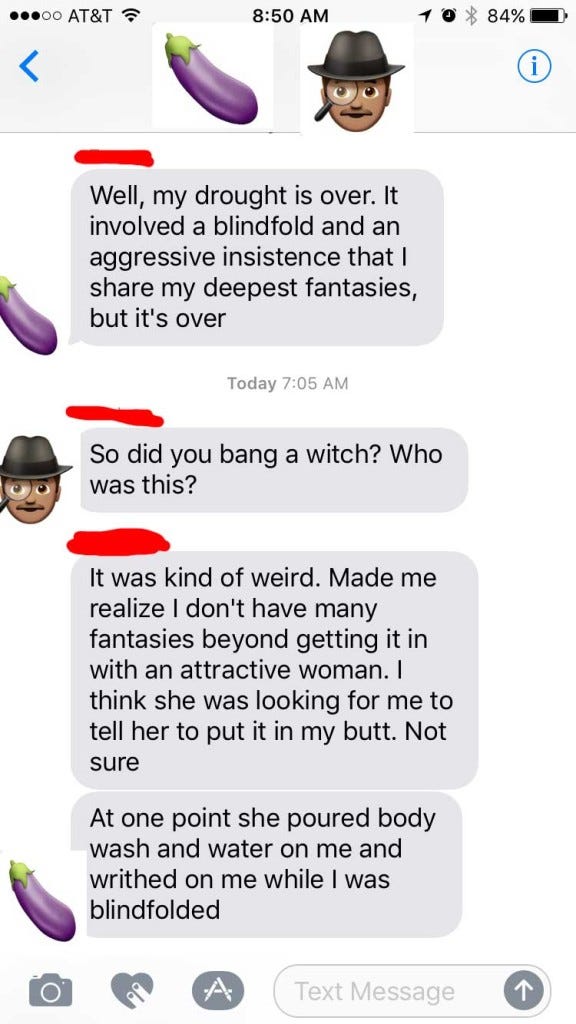 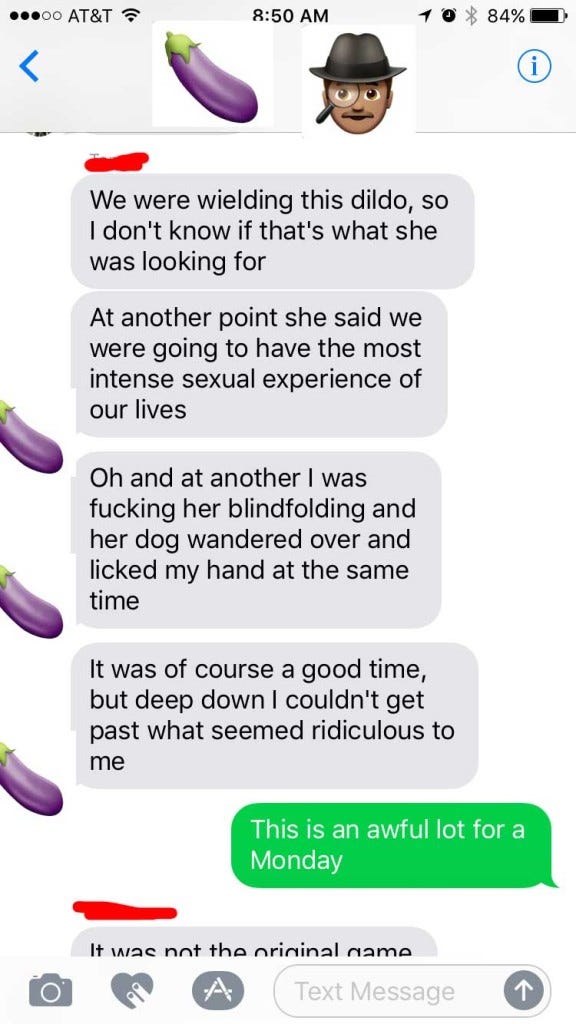 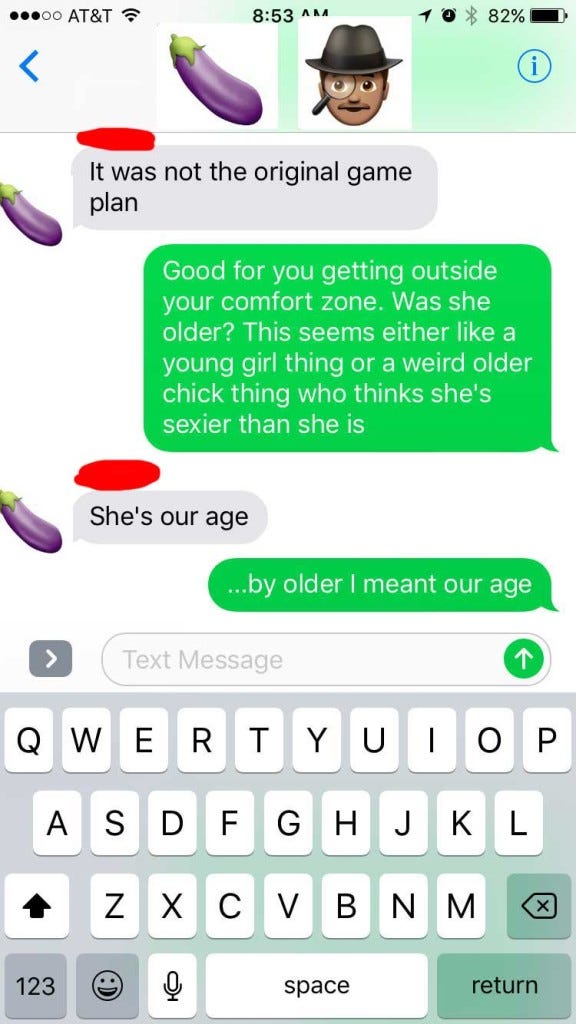 So I woke up to this thread with a couple of buddies this morning, my one friend getting put through the sexual ringer is the Eggplant Emoji, other friend is Latino Detective, I am green (which may have been patently obvious by the horror at dating a 32-year-old woman in that last screenshot). And I couldn’t help but laugh when I woke up to some of the gory details this morning of his tale of getting it in after a several month long post-breakup sex drought.

I fully admit I tend to find chicks my age+ offputting but this thread is a perfect summary of why. Once a woman gets past her 20s primarily getting mediocrely plowed by frat dicks, she’s coming to grips with two things: 1) Her rapidly approaching mortality relative to the younger hotter chicks she’s not competing against for dudes as she gets older and a desperate to settle down and 2) How unsatisfied she’s been for a while and how she thinks she needs to embrace this heretofore undefined sexuality because of all the myths about women’s sexual prime being in her 30s. So what you get is this, some chick blindfolding you and walking around menacingly with a dildo like an Al Qaeda sex tape when all you want to do is get a simple nut off. This chick read 50 Shades of Grey or was too lazy to commit to that and just watched the movie and now she thinks she’s some sort of sexual guardian angel awakening dudes’ innermost desires with her mere availability.

For as much shit as younger chicks get for “just laying there,” I’d take that 10 times out of 10 over this try hard Forced Sexy shit a woman like this throws out there. Her dumping body wash on herself like it’s Flashdance and clumsily rubbing all over a blindfolded man is exactly the kind of Cosmopolitan Magazine bullshit that no one really wants. A young chick will just suck a dick, get pushed around, be overly impressed by even the vaguest competency at oral sex, and you’ll be done before a Domino’s pizza delivery shows up. It’s just more natural and organic.

But hey at least there was one bright side: 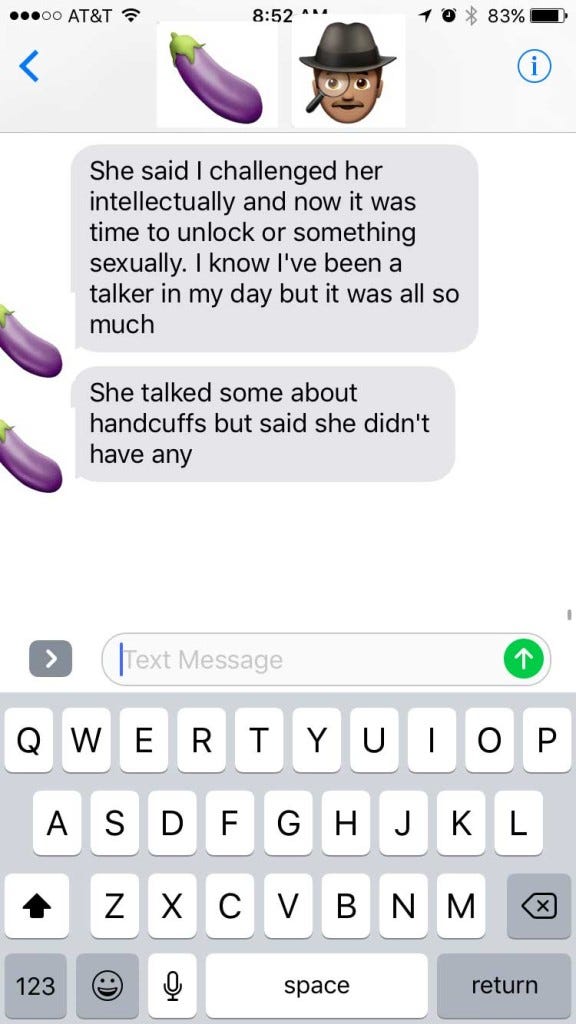 Getting handcuffed by a chick you barely know, we all know how that turns out:

PS Remember my friend’s sacrifice when you see these screenshots uncredited on Elite Daily or The Chive later.