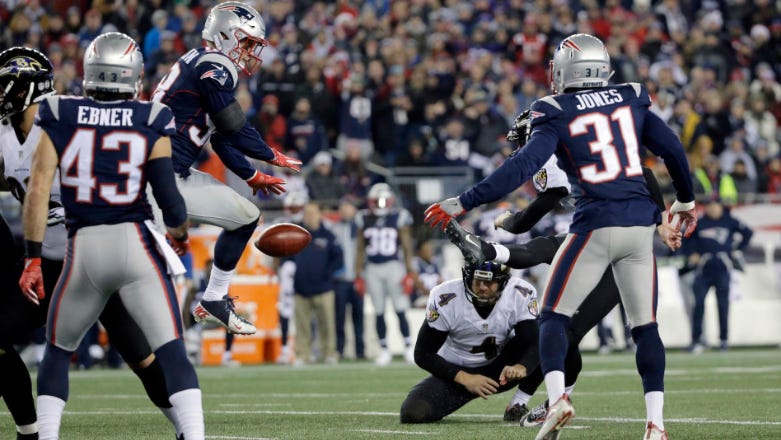 Brutal. Absolutely brutal football game by the Ravens tonight. The Patriots made enough mistakes for the Ravens to steal this one, but they just didn’t show up. They dug themselves a big hole with some boneheaded plays in the first half and hardly got the offense into a rhythm. And let’s be clear about this. Completing a bunch of 2 yard flat routes is not getting into a rhythm. It’s also not how you go about overcoming a 10 point deficit with 5 minutes to go. It really was about 58 and a half minutes of awful Ravens football, and 1 and a half minutes of awful Pats football. This game should’ve never been as close as the final score.

Is all lost? Well no. But also… probably yes. Jimmy Smith’s injury is probably just as detrimental to the Ravens’ playoff chances as the loss itself. Let’s look at the big picture. As nice as winning this football game would’ve been, beating the Steelers on Christmas is the one that really matters. If they can just beat a reeling Philly team at home next week, they’ll get their opportunity to control the division in that Christmas Day game. And Jimmy is Antonio Brown’s kryptonite. The guys up front have no problem with Leveon and Jimmy takes care of AB. It’s a simple formula and it’s how the Ravens have bullied the Steelers 4 times in a row. Losing Jimmy fucks all of that up. It looked like a high ankle sprain or maybe worse, so that really might do us in for the season. NOT the final score tonight. Fingers crossed that his MRI comes through clean, but things don’t look good.