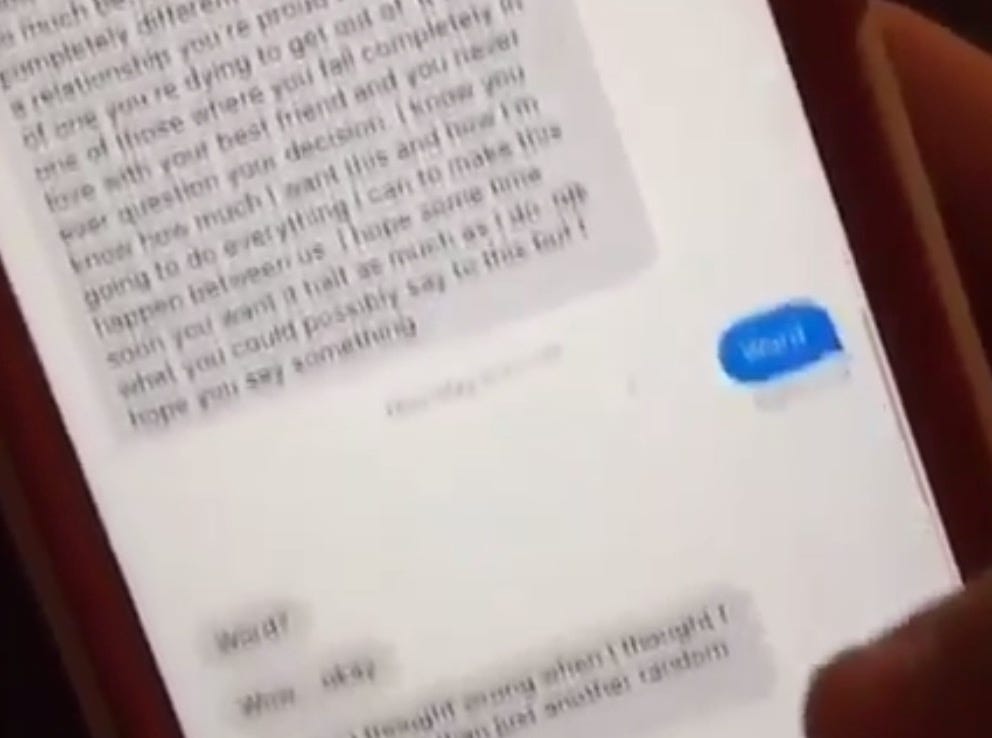 Turned that dude into a probable supervillain with just one “word,” you have to respect it. But our Southern friends at Old Row are right, you NEVER want to be this dude. The gist of the conversation is this dude was seeing this chick, she backed out because he’s a dick or just sucks, now she’s dating/banging some other guy and the ex thinks that typing out War and Peace over text is somehow going to win her back. But for as bad as the guy’s sheer volume of texts is, the fact that he thinks this is somehow going to work is just as bad. This chick clearly is over him, wants nothing to do with him for whatever reason, isn’t giving him any sort of hope at all and yet he’s still laying it all out there in as desperate of a way as he possibly can. That’s a no-win strategy even if he were spitting Shakespearean sonnets to her. You can’t get blood from a stone and you can’t flip a switch on making a chick like you again after she’s decided she doesn’t. It’s not how the lady brain works.

But I’m a problem solver and as our-still-waiting-for-approval dating podcast shows, I’m great at giving advice that’s the best of both worlds in terms of dating advice and sociopathy. So here’s what the guy should have done after his pleas initially fell on deaf ears: Just keep living. The strongest assets you have if you want to win a chick back are space and nostalgia. It’s not immediate gratification like this guy was hoping to get but with weeks of acting like nothing’s wrong on Instagram and Snapchat, doing fun things, I guarantee she’ll get sick of the new dude and start to wonder how you went from trying to win her back to giving up and moving on and having an even better life without her. It’ll eat her alive up until you’re right back where you started, actively disappointing her but having tricked her into a whole new perspective on things. Psychological warfare > desperately begging someone to love you in a shameful 10 second video, every single time.