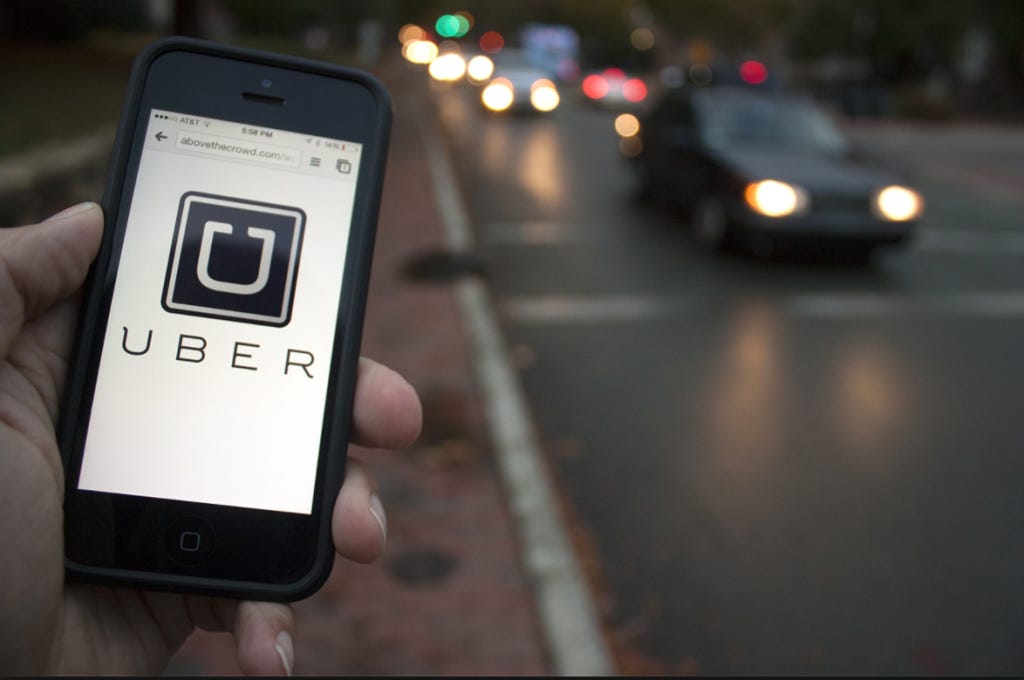 METRO – An Uber driver has clocked up what is believed to be the longest Uber ride ever.

Janis Rogers took her fare 397 miles from outside a Ben & Jerry’s in Williamsburg, Virginia to Brooklyn, New York. Her rider said that she wanted to go and see her boyfriend, according to the New York Post.

She then returned to Virginia, getting back at about 3.45am. She said: ‘I was wide awake and kept on going. I don’t have a problem with going for a long time.

The average ride for an Uber is around 5.4 miles but she accepted this long fare because ‘it was an adventure’.

When she got into the car, the passenger – who Rogers guesses was about 19 or 20 – asked her ‘how far north can you take me?’ Because she didn’t have much going on that day she said she’d take her all the way.

After spending $32 on petrol and tolls Rogers says she only earned $9 an hour for 15.5 hours’ work – and the rider did not leave a tip.

I was about to say phew, finally some proof that true love isn’t dead, until I got to this part:

Rogers said that her passenger slept for the entire ride and she believed she may have been travelling up the east coast, Uber to Uber.

Rogers added: ‘She didn’t seem excited to see her boyfriend. She was kind of blasé. She looked tired.’

So now I’m just all sorts of confused. Chick takes a 397 mile Uber to see her boyfriend but isn’t excited about it? I mean I could see a dude doing this, one of those emergency desperation moves when you’ve been blowing her off for too long and she’s finally had enough and about to catch the D from that dude at work you keep seeing lurking in the back of her Snapchat stories and you realize she’s way out of your league and you’re not in the mood to be single again so you gotta make a big gesture. But totally out of character for a chick. Best guess is that we’re looking at an extreme clinger or the dick is so good it’s worth traveling 400 miles for and sleeping for 8 hours to rest up for it. 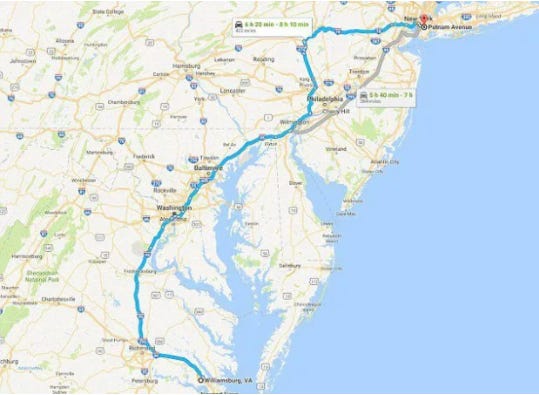 Of course there’s always the possibility you just can’t trust a word this Uber driver says. Seriously what type of psychopath takes a fare like this just because they’re bored? When you’re going to end up making $9 an hour for it? Because “it was an adventure.” Bitch hiking in caves with alpacas in Machu Picchu is an adventure, not driving from Virginia to Brooklyn and back in a Lincoln town car.

Wild stuff. Probably just a false flag story planted by Uber drivers in their ongoing quest to try and convince you to tip them.