Last Year After Army vs. Navy

Met Chief of Staff of the Army General Mark A. Milley

Just a casual Saturday for your boy. Army Navy Saturday. Raised tens of thousands of dollars for an army vet who lost his leg in combat. Guaranteed an Army victory. Watched Army win for the first time in 15 years. Met the Chief of Staff of the Army. Turns out General Milley reads Barstool. In fact I’m pretty sure if I understood him correctly he said he was one of the soliders in this article I post every Veterans and Memorial Day weekend. Then went out at night and partied with Johnny Football. Champagne cum all over my hand. Licked it up after no big deal. How was your Saturday?

Hey Gross Dave….Thanks again for laying the foundation.  None of this would have been possible without you.  #brickbybrick 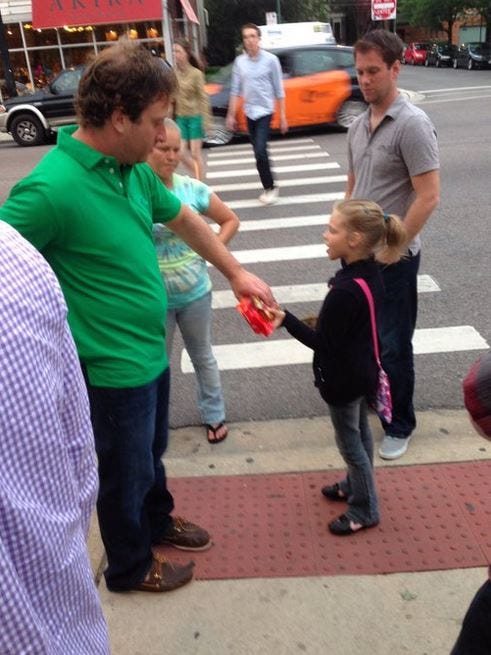