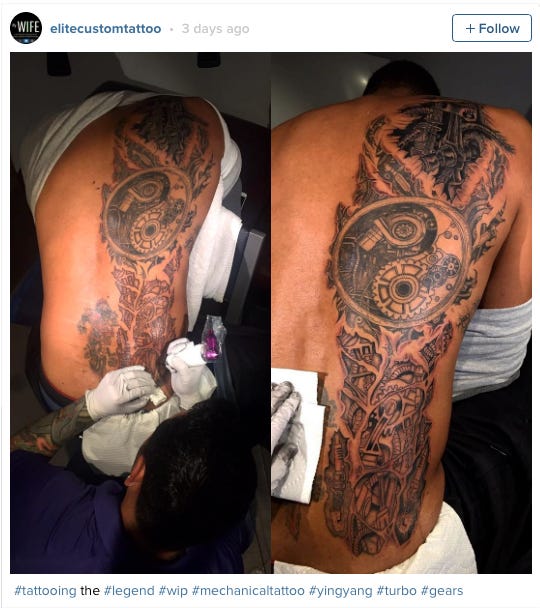 If you were sitting at home wondering “hey I wonder what Tim Duncan is doing in retirement?”. Well wonder no more because you have your answer. He’s out there getting Ying Yang robot tattoos in the most Tim Duncan move ever. On his back so a shirt covers it up? Check. Robot because Tim Duncan is actually a robot? Check. Ying Yang because Tim Duncan is also a basic. Check. Everything you need in one tattoo. And you know what, I appreciate that Tim Duncan did this just to remind me he’s retired. He’s one of those guys that if you told 50% of sports fans that Tim Duncan is still playing and that Pop just has him going 12 minutes a night to save him up for the playoffs you would absolutely believe it. Still expect him to be on my TV come June, walking through an arena hallway in XXXL gear from Sam’s Club and then making love to a basketball right before tip off.