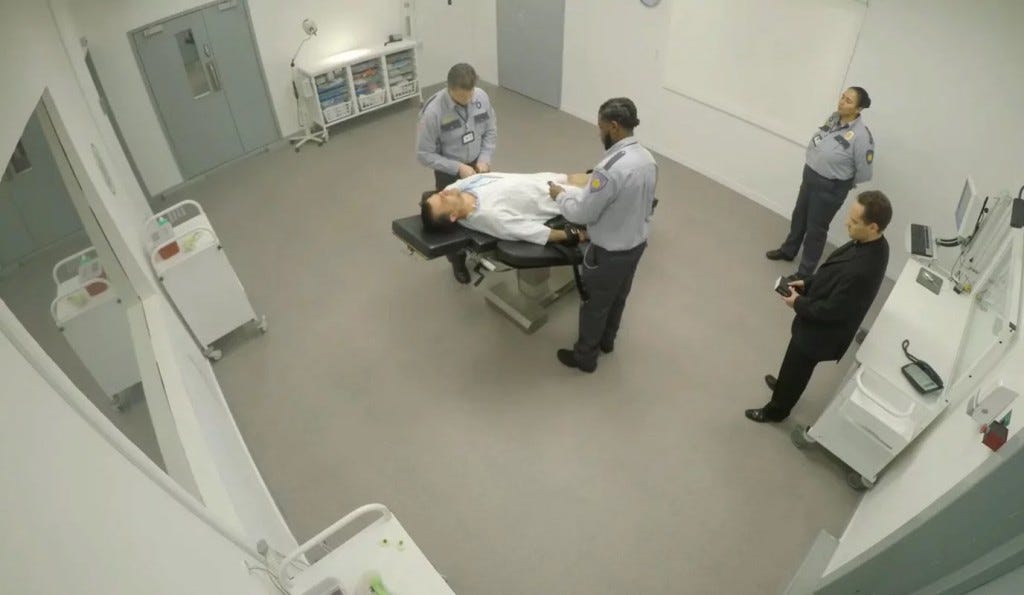 YAHOO — The U.S. Supreme Court on Monday rejected the appeal by a condemned Ohio killer whose 2009 execution was called off after two hours during which he cried in pain while receiving 18 needle sticks.

The court’s ruling denies death row inmate Romell Broom the opportunity to argue that giving the state prisons agency a second chance to execute him would amount to cruel and unusual punishment and double jeopardy.

Broom is only the second inmate to survive an execution in U.S. history and the only via lethal injection. In 1947, Louisiana electrocuted 18-year-old Willie Francis by electric chair a year after an improperly prepared electric chair failed to work. The U.S. Supreme Court ruled 5-4 to allow the second execution to proceed, rejecting double jeopardy arguments.

Broom was sentenced to die for raping and killing 14-year-old Tryna Middleton after abducting her in Cleveland in 1984 as she walked home from a football game with two friends.

Wait a second, wait a second, wait a second. This was supposed to be one of the great American loopholes, one that didn’t necessarily make sense, but it was part of the fabric of our country. If you try to execute someone once and the axe misses the sweet spot on the neck or the firing squad gets distracted and trips or something, then the guy is off the hook. You get one try to whack someone.

With that being said, this guy definitely deserves to get prison murdered. Maybe I think he deserves a Get Out Of Jail Free Card on the good old fashioned execution, but this blog isn’t an endorsement of letting a raping, kidnapping, murderer back out on the streets. This is one where we just rely on the prison system to take care of it; we’re dumping all this money into the the whole industrial complex, so we might as well make sure that the guards can turn a blind eye whenever someone vile needs to be tortured.

And now, as an apology for making you think about death on a Monday, here’s a video of 21 Golden Retriever puppies frolicking in a field.