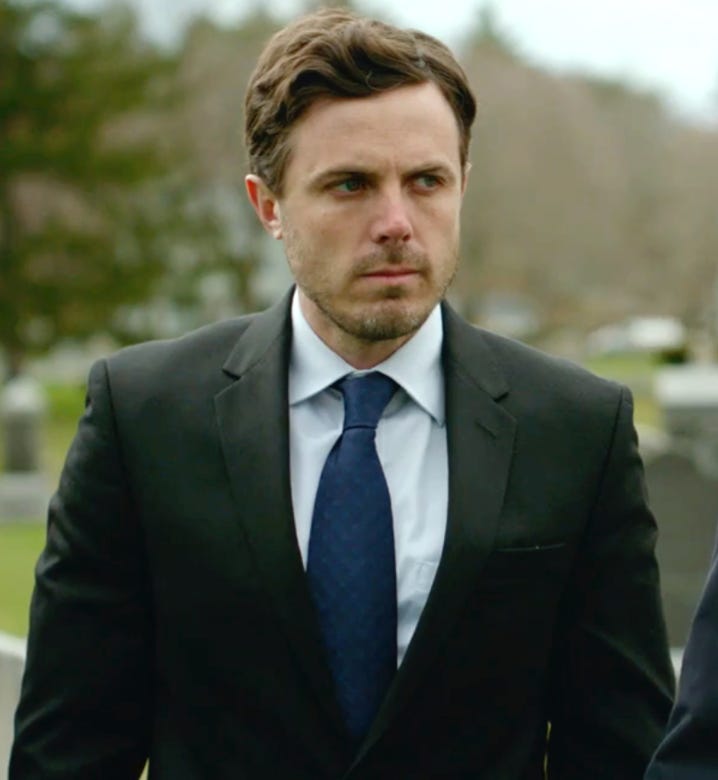 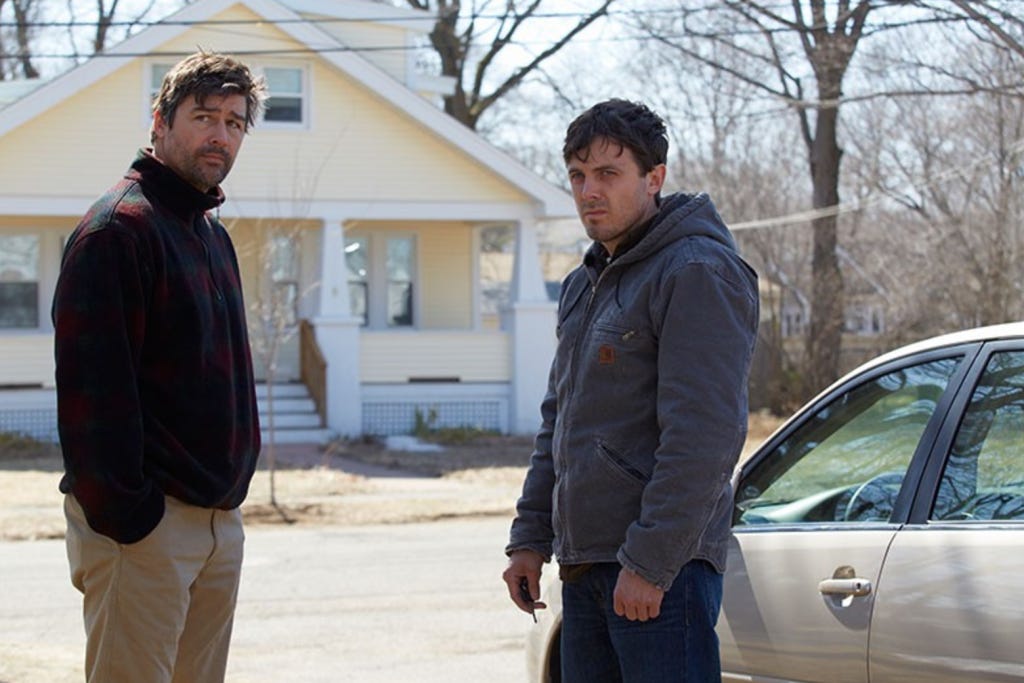 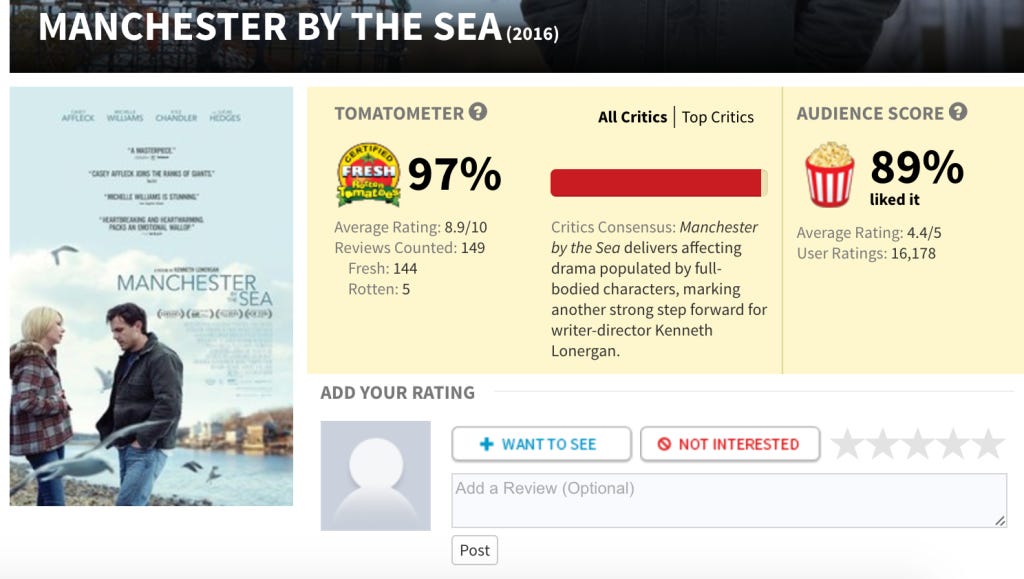 If I could have your attention for just one second I have an important announcement to make. You need to collect all the Oscars and store them away and save them for Casey Affleck. Best Actor obviously but maybe even stuff from other categories. Just cancel theirs and hand the trophy over just so he can have extras. I know we’re still 3 months out but I just wanted to give some advance warning, it’s locked up, or at least it should be for anybody with two eyes and a brain and an emotional core.

Yes I know I’m a huge Affleck guy so maybe this is kind of biased but up until now that’s really only been for Ben. And I also know the last time I made a proclamation like this I said I’d boycott movies forever if Bradley Cooper didn’t win best actor for American Sniper. Lucky for me I found a loophole with that one, my opinion was 100% right, so I canceled the boycott (Eddie Redmayne? Fuck out of here). But you’re just not going to see a better acting performance than Casey Affleck in Manchester By The Sea. Incredible acting display. Incredible movie. Actors that make Boston accents tolerable. Michelle Williams is great, the teenage kid is great, Coach Taylor (!!) is great, all the random townies are great. I refuse to call them “films” but if there was any movie that qualified it would be this one.

If you like being depressed and seeing other people being depressed and watching unimaginable tragedies and hearts breaking and souls being crushed all on the big screen then man have I got the movie recommendation for you. I know the Rock and Kevin Hart aren’t in it and the CGI budget is pretty low but still, two thumbs up from me. 99% on Kmarko Tomatoes.

Already all over the Golden Globes: 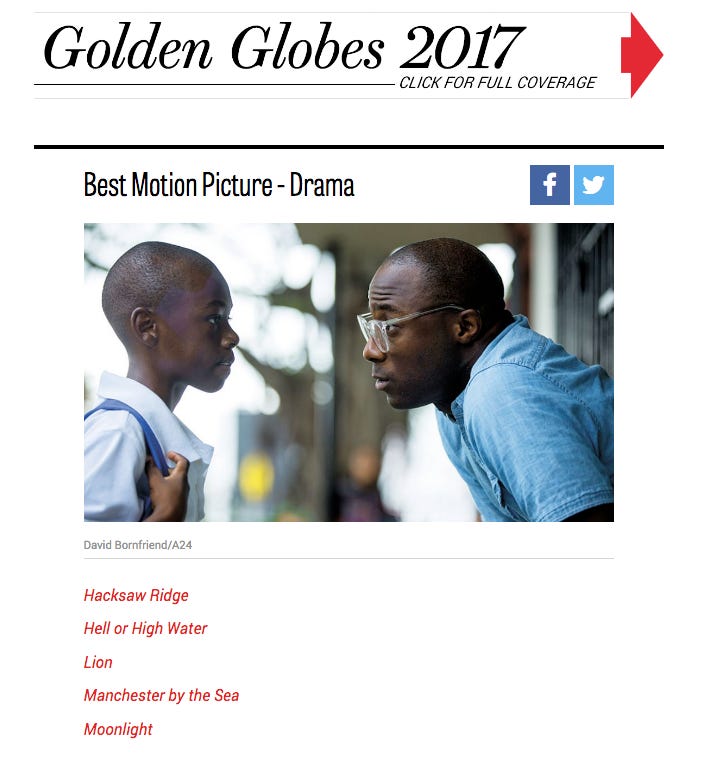 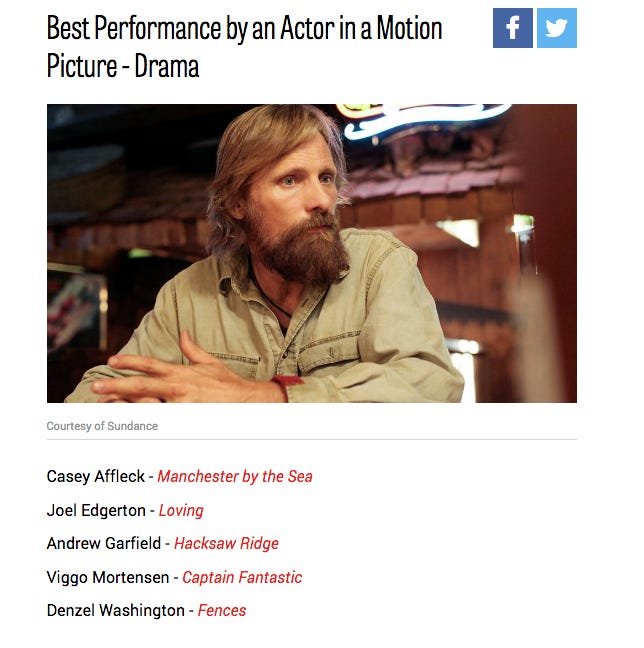 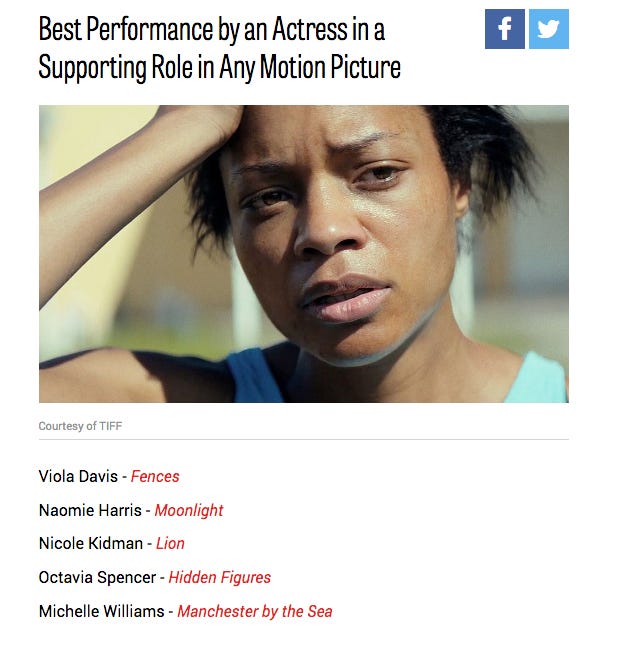 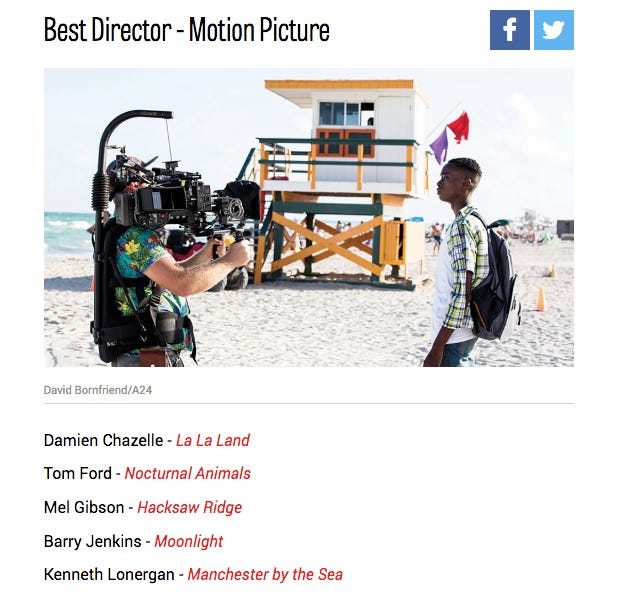 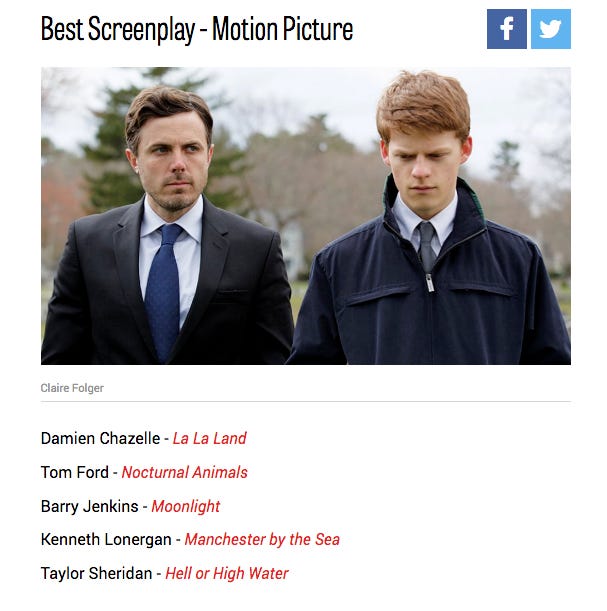