This video works for one simple reason. The second the guy realizes his leg is broken and his lucha libre mask falls off and all of his Bills Mafia powers saps from his life. That right there is why Bills Mafia is the best. They’re just regular guys, average joes that have the same shitty jobs they don’t love, problems they want to forget, and life they could have lived better. But on Sundays they are Kings. They put on their masks, they drink their beers, and they catapult themselves through tables and fire with a side of asshole eating for thousands to watch. For 8 fall Sundays they own the world. And that’s the tragedy in this video. Poor guy was living his best life only to realize he’s going to be in a cast all winter answering the question, “how’d you break your leg” with “I’m a 40 year old man that jumped off a car roof through a plastic table because I thought it would make a sweet youtube video”. Those scaries are the scariest scaries of all. 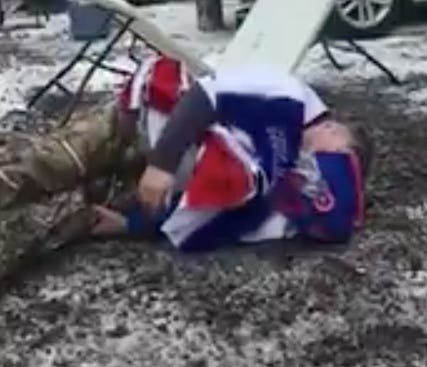