The F-35 program and cost is out of control. Billions of dollars can and will be saved on military (and other) purchases after January 20th. 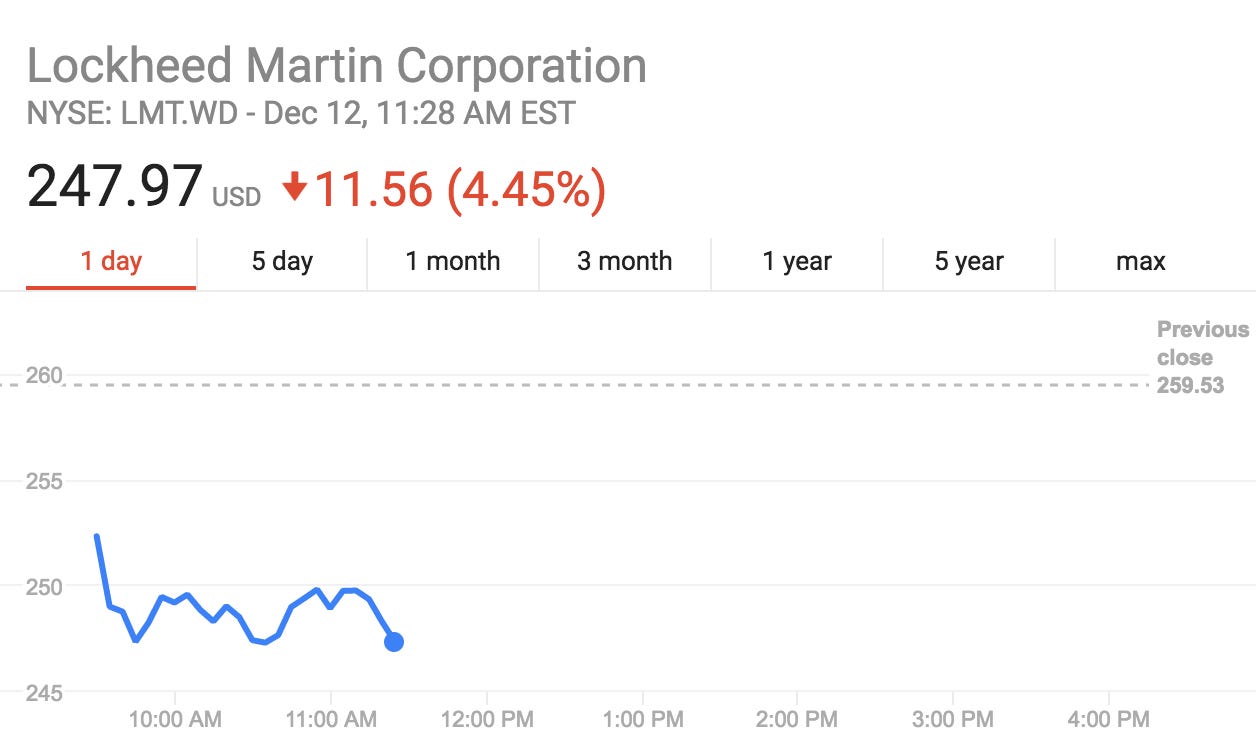 Lockheed drops as Trump tweets F-35 costs are “out of control” https://t.co/rGT6xsMrv1 pic.twitter.com/L5oFa2ZKzX

If there’s one thing we’re learning this month it’s that the Donald does not like how much airplanes cost. Last week, it was Boeing and their $4 billion Air Force One. This week it’s Lockheed and their 50% over-budget F-35s.

The next generation fighter jet has overrun costs — overshooting the original budget by 50% — but is near completion. In total, the military has spent roughly $1.5 trillion on the development of the F-35.

And really, who can blame him? Government contracts are the holy grail for manufacturers. You’re hopping on with the most inefficient entity there is. You’re hopping on with the inventor of the Post Office. You can just milk it, keep yourself under contract, and rake in the money. It’s a win/win/win, until the Donald grabs hold of both the executive branch and his twitter account. Then you gotta keep your head on a swivel. One quick tweet and boom, Lockheed’s down 4% and has lost over $2 billion of their market cap. Nice little Monday morning cause-and-effect lesson for you.

PS — In reality it’s probably not a great thing that Trump can and is and will continue to manipulate stock prices from the twitter app on his phone, but whatever. The people wanted someone different and we’ve got someone different.