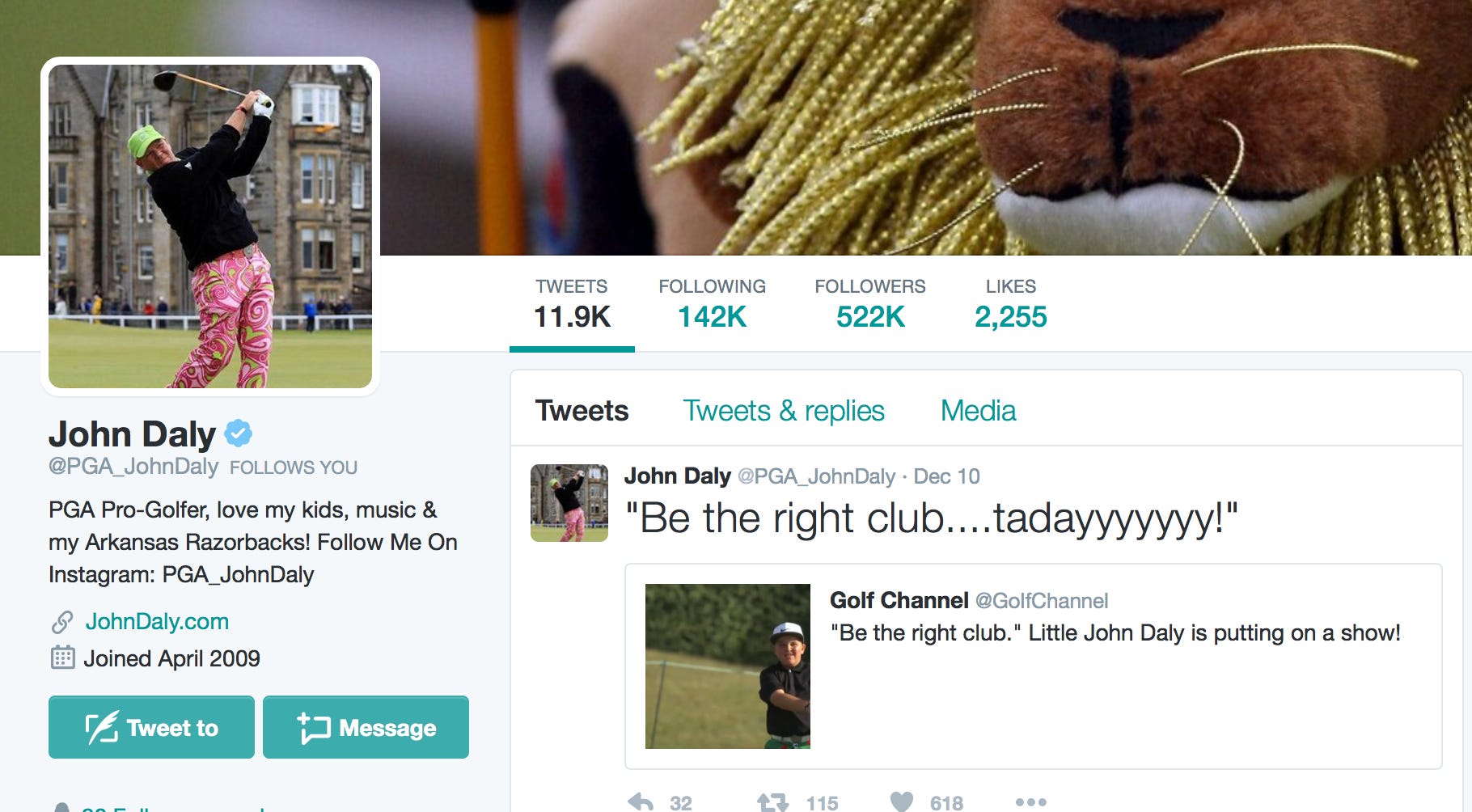 Roll out the red carpet! Pop open the champagne! It’s a celebration bitches! You are currently reading the blog of one of the 142,109 people who the great John Daly follows on Twitter. Officially making him and I friends, if not best friends. This was a big moment in my life when I got the notification on Saturday night that JD had decided that I was worthy enough to be part of such an exclusive club. John and I have had our interactions on the popular social media platform before but never enough for him to commit to a long term relationship.

Now you might be saying, “Trent. Hold up a second. 142,109 people is a lot of people. Those are Jose Bautista-like numbers. Him following you doesn’t make you special. His timeline probably moves so fast that he doesn’t seen 90% of the stuff people tweet. 142,109 people is a bigger population than the town your grew up in” but I’m here to tell you you’re wrong if you’re saying that. Dead wrong. One, anyone saying that is probably jealous he doesn’t follow them and jealousy is a stinky cologne. And two, let’s take a quick look at the numbers 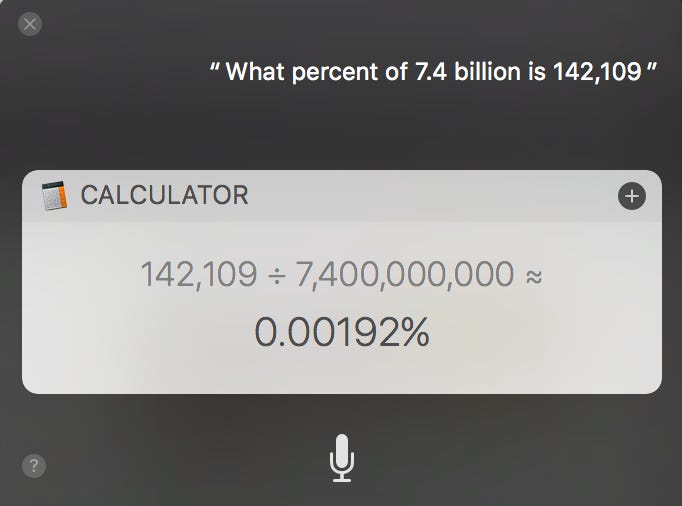 And there you have it. I am a part of the 0.00192%. Me and my 142,108 brothers and sisters in arms are part of one of the most exclusive clubs in the world. A club run by one of the most entertaining golfers in history. Not gonna lie. It feels pretty good. People will probably start treating me differently but I’m not gonna change. I’m still gonna be the same ol’ me. It’s a privilege, not a right. I’ve dreamed of this day my entire life/since joining Twitter 3 years ago and it finally arrived on a snowy evening in December. Hell of a life.

PS- The biggest perk of this club will be the freedom to DM John whenever I want. Whenever I have a question or whenever I’m laying in bed at night and can’t sleep. It’s gonna be great.