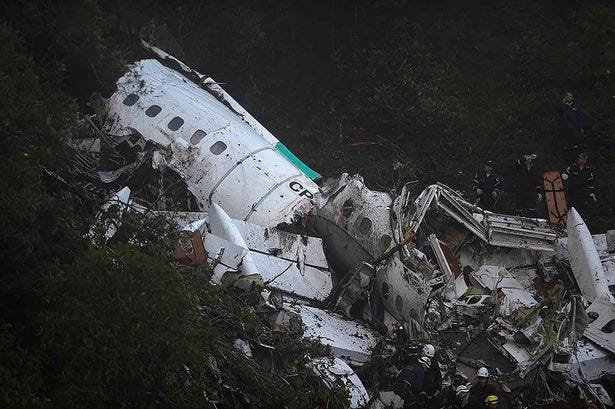 Chapecoense have been fined €28,300 after failing to fulfill their final fixture of the season against Atletico Mineiro.

Nineteen players from the Brazilian club were among 71 killed in a plane crash earlier this month while traveling to their Copa Sudamericana final match against Colombian side Atletico Nacional.

Maybe it’s just me being a softie, but I think you have to let Chapecoense slide on this one. Handing out a fine to a team for not playing a match when most of the team is dead seems harsh.

The story of this team is just flat out heartbreaking. From the players with young children to the player who got engaged just two days before the crash. Tale after tale of heartbreak. One of the survivors is currently not being told about the crash because it might cause an emotional breakdown that could actually kill him. Meanwhile, some heartless judge is enforcing some 50 thousand dollar fine on the team because their players died in a plane crash. Have a heart just one time, international soccer.