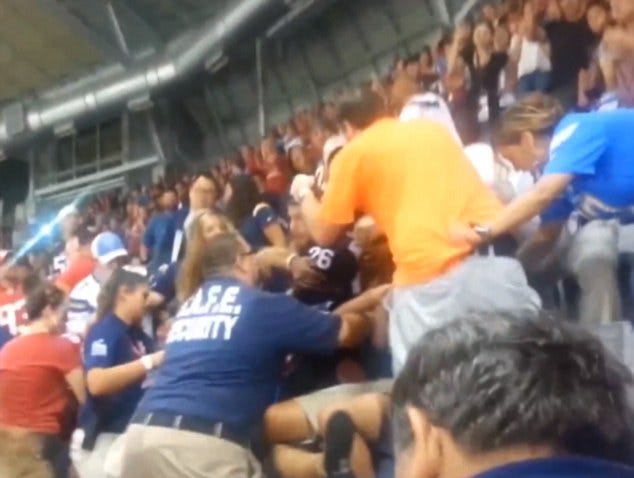 Three Republican lawmakers in Washington have proposed a bill that would allow fans to bring firearms into sports stadiums, including Seattle’s privately owned and operated CenturyLink Field and Safeco Field.

“We haven’t seen the proposed legislation but we have a policy forbidding carrying a weapon into NFL stadiums,” Brian McCarthy, the NFL’s vice president of communications, told the Washington Post on Sunday.

I’m no expert (kinda an expert) but it seems like bringing guns to a crowded NFL stadium in order to curb the amount of fights is a weeeee bit misguided. Thousands of people are in close quarters. Booze is flowing. What happens if you do need to shoot? Odds are extremely high that you’ll miss and shoot the guy four rows back as he’s attempting to get the wave started for the twelveth time this quarter. Nobody likes the wave, guy. We are all kinda glad you got shot.

Guns sure as shit aren’t the cause of every violence problem in America, but they 100 percent aren’t the cure to stopping violence at NFL games. In fact, you could argue that having guns where people are already violent, drunk, and belligerent might actually be bad. Hard to say.