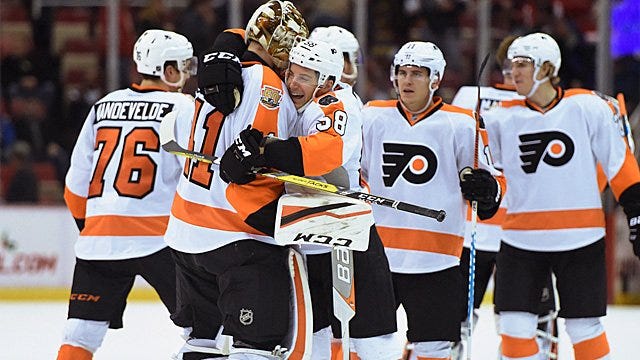 The Flyers win streak started on Sunday November 27 against the Calgary Flames. It was Anthony Stolarz’s NHL debut in between the pipes. It wasn’t the prettiest start in the world from Stolie but after letting in a weak goal early to start his career, he settled in and won that game for the Flyers. Since then, Steve Mason has been one of the best goaltenders in the league. Winning 7 of his last 7 starts despite the Flyers allowing the most goals against in that stretch (quick little fun fact for all you nerds at home: you win hockey games by scoring the most goals, not by giving up the least). It looked like the Flyers were just going to ride Mason until he finally had a bad start but that hasn’t happened yet. So on the tail end of the Flyers’ 2nd Saturday/Sunday back-to-back in 2 weeks, they decided to go with Stolie The Goalie. He got the win streak started on November 28th and then last night in Detroit he kept it going by pitching a shutout in just his 2nd career NHL start. SOMEBODY PRINT THE GODDAMN SHIRTS 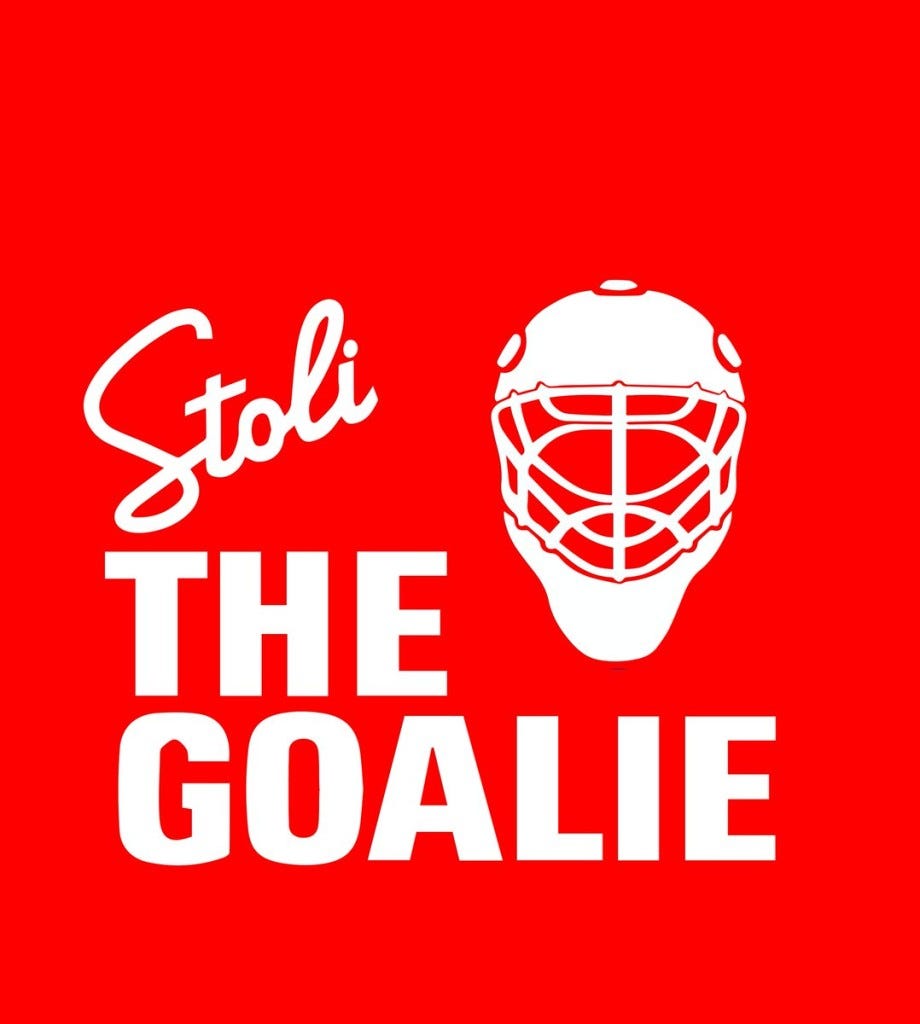 28 saves on the night and quite a few coming at key moments in the game. Flyers fans have been waiting a long time for Stolarz to finally make the jump. We’ve known he was a legitimate prospect for a while, but we just never knew how long it was going to take. But after last night? Well that game has to be the moment that Ron Hextall can comfortably realize that Stolie belongs here. And with Mason playing the way he’s been playing, I think this is when you start looking for potential suitors to trade Neuvirth once he’s healthy. Try to get anything for the guy instead of bringing him back just to let him go for nothing in the summer when he’s a free agent. Stolarz and Mason. 9 wins in their last 9 starts. And here we were worrying our dicks off about goaltending issues earlier in the season.

4 goals in 2 games this weekend for Young Brayden. Not a bad little weekend the kid threw together. And that’s been the great thing about this current win streak for the Flyers. It hasn’t just been Giroux. It hasn’t just been Voracek. There’s been plenty of other guys on this roster stepping up to help keep this thing going. I’ve said it before and I’ll say it again; the Philadelphia Flyers are playing blackout hockey. They’ve had so many games crammed into such a short period of time that they’re just relying on instinct at this point and finding ways to win hockey games. It’s not some pretty, polished product. All of these games have been pretty ugly and you could tell the boys were tired and dragging last night. But 2 points in the standings looks the same no matter how ugly the game looked.

So now the Flyers get 2 days rest for the first time in a while. Then they don’t play again after Wednesday night until Saturday. I can’t even remember the last time the Flyers only had 2 games in a week. This’ll definitely be good for their health but I feel like they’ve just had some special magic going on here, and I don’t want a lightened work load to ruin that. We’ll see though. Obviously the win streak can’t go on forever (or can it?), but with a struggling Colorado team coming up on Wednesday vs a rested Steve Mason? It would be nice to at least get this bitch into double digits.

– Another great game defensively from Ivan Provorov and a great decision to send that pass back to Schenner in the overtime. Provorov has been one of the Flyers’ most impactful players over this stretch, which is really saying something considering how many guys have stepped up big time so far.

– Game after game, Andrew MacDonald shows that he can play well enough that the Vegas team should seriously consider picking him up in the Expansion Draft. He’s been limiting turnovers and has actually been able to transition the offense pretty cleanly lately with his breakouts. Nothing too special but he’s doing his job and that’s all we can ask for.

– Konecny was flying around all over the ice last night. Kid was itching for a goal, just couldn’t find the back of the net. But you can tell the youth movement in the Flyers locker room is giving the older guys some extra life.

See everybody on Wednesday. Woooooooooo.