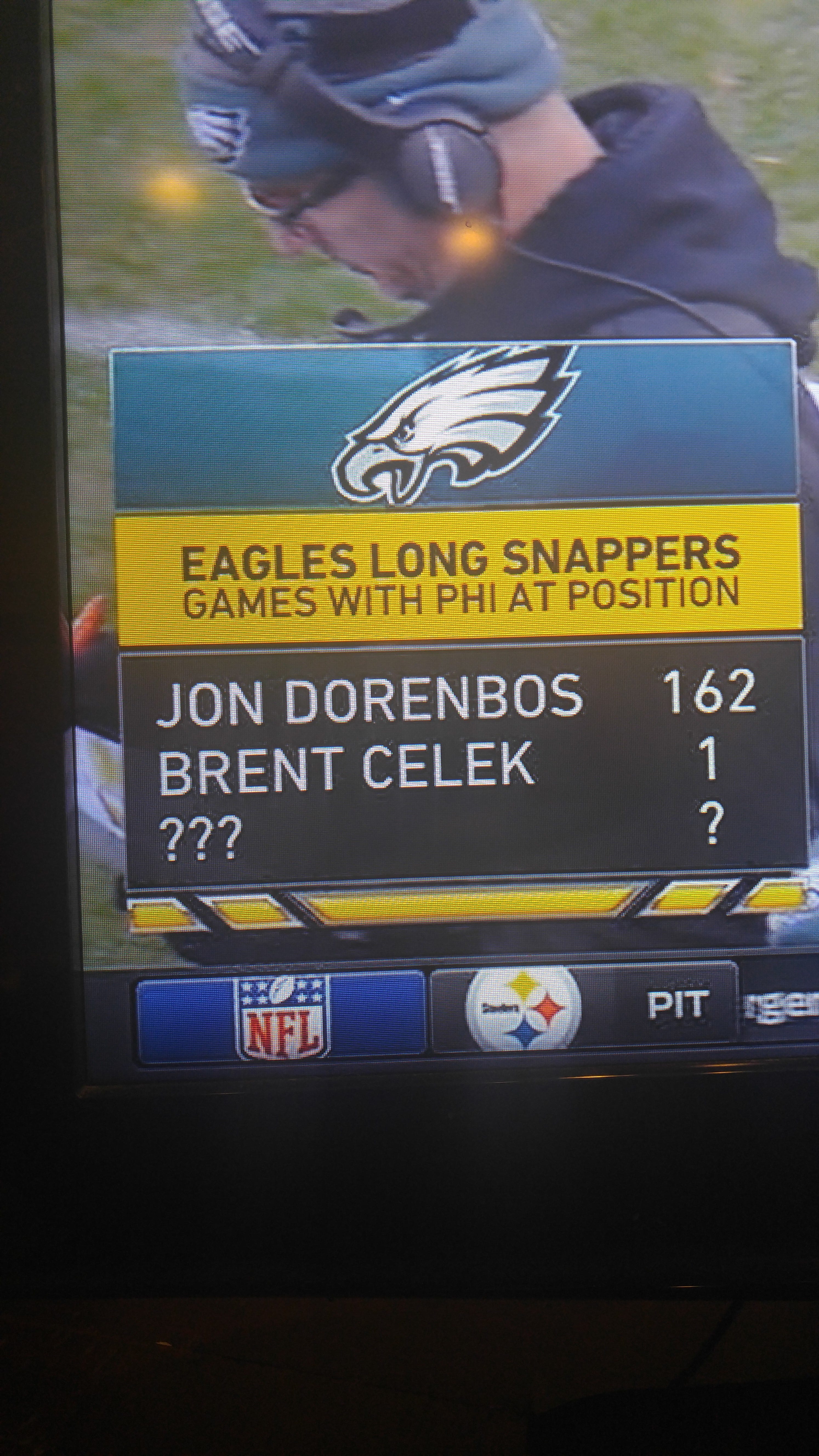 A longsnapper going down is not something that happens often. Shit, it almost never happens. Jon Dorenbos has been here for an eternity. In fact, yesterday he tied the great Harold Carmichael’s most consecutive games played as an Eagle. But am I in the wrong thinking it’s a total failure of the coaching staff to at least not have someone, ANYONE prepared to be the backup longsnapper? Sure, they strutted out Brent Celek to be the next man up. And the wounded duck he sharted out between his legs only guaranteed he was simply the backup on paper and not reality. I understand you can’t exactly have a backup kicker/punter because of roster spots. I remember when LB Mark freaking Simenaeu was forced to relive his high school booting days by shanking extra points when Akers went down. But literally anyone can plop right into the longsnapping role and perform it adequately. Would it have killed them to set aside maybe 10 minutes a week for a few players to shoot ‘em out between their legs? It looked bad, but the open tryout on the sideline between Mychael Kendricks and Trey Burton was necessary. I don’t blame them for not having a backup to the backup of a longsnapper. But that’s the point. Trey Burton clearly was better at the job than Celek, and it’s not even close.

Maybe I am nitpicking a very minuscule part of this team filled with talking pile of pig shits. But why couldn’t they figure that out during camp? It’s the little things that could’ve resulted in a victory yesterday.

Related: If anyone is going to bring back the bounty days of Buddy Ryan/Gregg Williams, Public Enemy #1 should be the longsnapper. It’s not the most important position, but it completely disrupts the system as a whole.