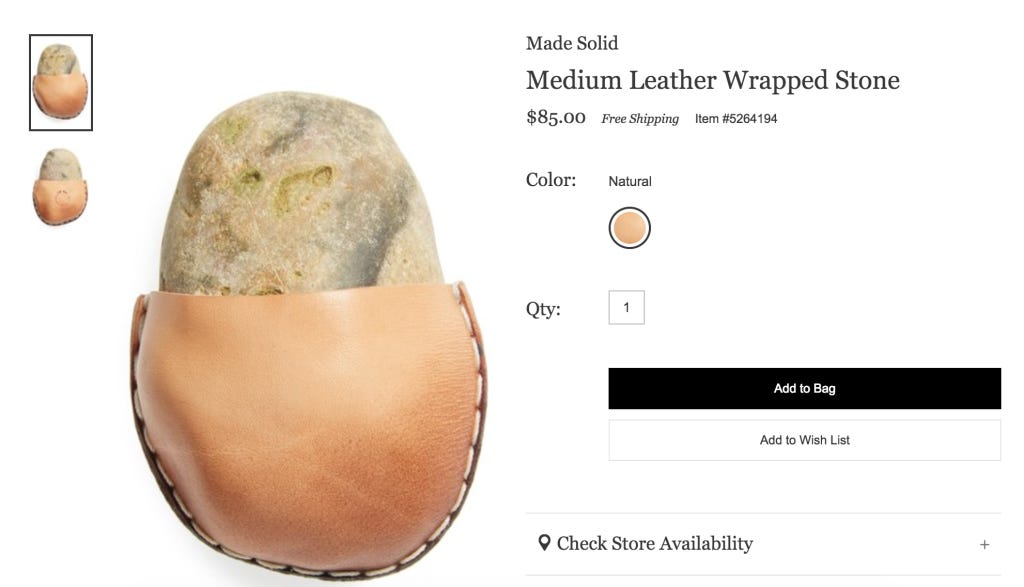 Remember the $85 rock in a bag that Nordstrom was selling for literally no reason?

A paperweight? A conversation piece? A work of art? It’s up to you, but this smooth Los Angeles-area stone—wrapped in rich, vegetable-tanned American leather secured by sturdy contrast whipstitching—is sure to draw attention wherever it rests.

Well, great news, friends. They sold them all out. Every last rock in a bag.

Time - Perhaps even more unbelievable than the fact that Nordstrom is selling a rock on its website for $85, the aforementioned stone has sold out online.

The $85 leather-wrapped rock sold out at Nordstrom’s online store after the product went viral on social media. A smaller version of the stone, priced at a mere $65, is also out of stock on the retailer’s website.

Awesome. Some people are just too smart. It’s like the artists who just put a blue dot in the middle of a white piece of paper and everyone goes nuts over the “art” of it. It’s just a blue dot! This is just a rock! But once you stir up some buzz about it, people are going to buy it so they are the people who tell you they bought the rock. Great job by Nordstrom, great, great job.

PS: I feel like I haven’t mentioned how much I hate art in a while. And this fucking painting. 44 million fucking dollars. 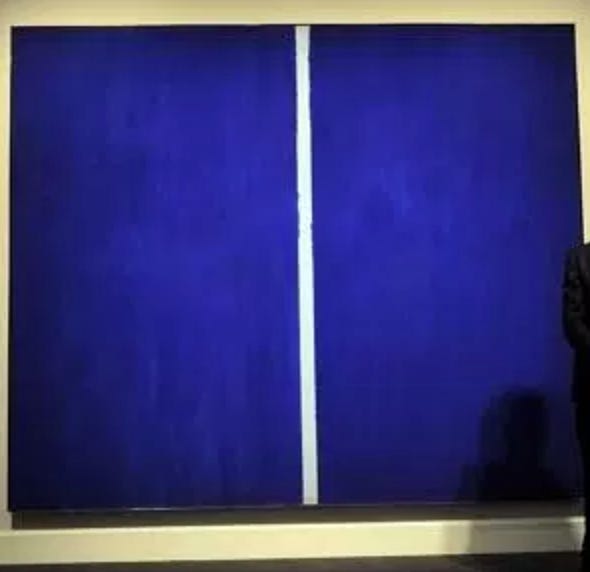