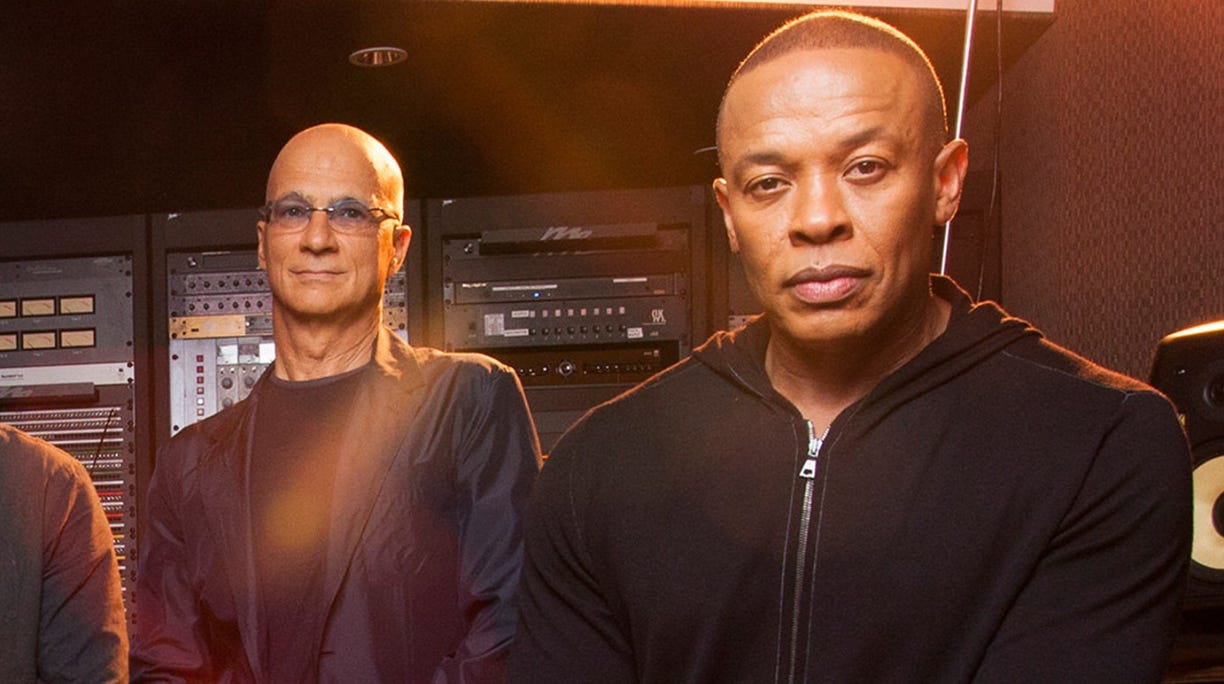 RS- HBO has announced it will be airing a four-part documentary on Dr. Dre and Jimmy Iovine, which chronicles their divergent roots and their unlikely partnership as well as addresses the moguls’ influence and impact on pop culture. Directed by Allen Hughes (Menace II Society), The Defiant Ones features in-depth interviews with Dre and Iovine along with many diverse artists.  The pair have worked together successfully for decades. Interscope Records, cofounded by Iovine, marketed and distributed Dre and Suge Knight’s Death Row Records in the early Nineties. By the end of that decade Iovine and Dre partnered for Dre’s own label, Aftermath. In 2006, Iovine and Dre teamed again to create Beats by Dre and they debuted their first product two years later. Apple purchased the company in 2014 for $3 billion. “The Defiant Ones has everything you expect in a great story – drama and humor, tragedy and triumph,” Casey Bloys, president of HBO Programming said in a statement, via Complex. “Allen Hughes takes you on a journey through some of the most important flash points of popular culture, and I’m delighted we can bring this unforgettable saga to our viewers.”

Ummmmmm YEP. Here’s a little something you already know about me, I love hip hop music. Always have, always will. It’s my favorite genre of music. Here’s a little something you might not know about me, I love music/concert DVDs. Specifically hip hop music/concert DVDs. For instance, the two DVDs I own and cherish the most are the Up In Smoke Tour DVD and the Fade To Black concert DVD. I’ve watched each of them so many times that their cases barely hold together. If my apartment were to catch on fire I would grab those two DVDs and maybe a couple hoodies. That’s it. So I am PUMPED for this HBO doc-series about Jimmy Iovine and Dr. Dre. Two of the most important and influential guys in hip hip history. I wanna know about it all. I want them to talk about Death Row and Aftermath and Shady Records and G-Unit and Beats by Dre. There also better be some footage of Dr. Dre working in the studio cause those make for the best videos*. I’m an east coast hop hop guy but I’ll be damned if I won’t recognize what Iovine and Dre did for hip hop. Release this fucking thing NOW.

*Go to Youtube, click onto the search bar and type “Kanye West in the studio” and watch everything. You’ll enjoy yourself. Trust me.

If you don’t get amped up when the first notes of Still D.R.E hit, you’re a dead person