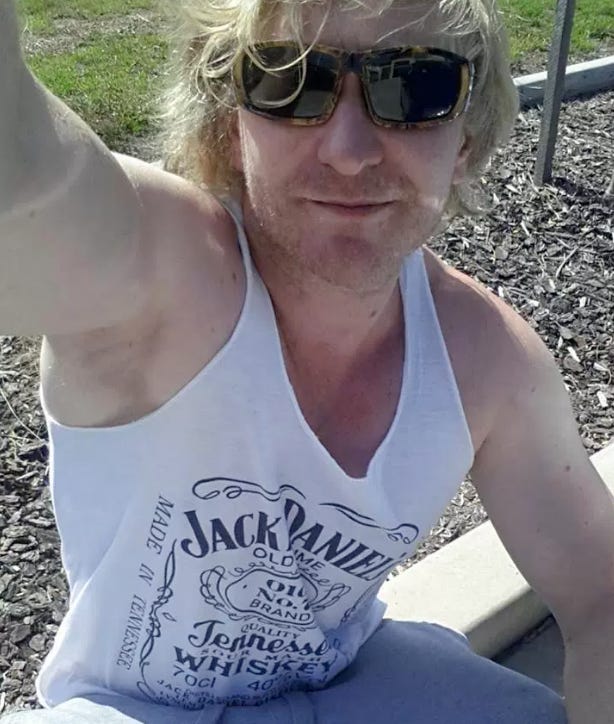 The Sun – A DEBT-ridden student blew £1.25million on sports cars, speed boats, strippers and cocaine after a bank error gave him an unlimited overdraft.

Wannabe playboy Luke Moore lived the high life for two years before he was caught by cops and jailed on fraud charges.

The Australian treated himself to luxury holidays, a £54,000 Aston Martin, a £21,000 Maserati and a £32,000 boat while living the ultimate bachelor lifestyle.

But he was slapped with a four-year jail-term last year after the banking glitch came to light.

Luke, 29, walked free last week after winning an appeal against his conviction on the grounds that his actions were not deceptive.

He is now broke and living with his mother in Goulburn, NSW, while ironically studying to become a criminal lawyer.

The law student blagged the free cash after opening a Complete Freedom account with St George in March 2010.

A computer error meant he was allowed to overdraw the account and spend a total of AU $2.1million.

But instead of telling the bank, he made increasingly large withdrawals and transferred the funds into multiple accounts.

He blew the money on flash cars as well as a speedboat and a framed Michael Jordan shirt.

This has a topic that’s come up countless times over the years and I always have the same opinion – if a bank fucks up and gives you a ton of money by accident, that’s on them. I mean they’re a fucking bank. You’re just a human being. They have no problem gouging you with their rates and their fees. They can do whatever they want and screw up as badly as they want and just end up getting bailed out by the government. But if you wake up and find $2.1 million in your account you can’t spend it all on strippers and coke and Maseratis without going to jail for 4 years? How’s that fair? In what world is that just? Hey Complete Freedom, here’s a thought – before extending lines of credit to people that you’re looking to prey on and collect that fat APR how about you make sure there are no major computer glitches on your end?

Anyway that brings me to my more important point – was it worth it? Like do you think Luke Moore would take it back if he could? 2.1 million bucks, “luxury holidays, a £54,000 Aston Martin, a £21,000 Maserati and a £32,000 boat while living the ultimate bachelor lifestyle.” I mean he’s broke now. Lives with his mom. Has a shit ton of debt. But like…those few years though…

But he told The Daily Telegraph he did not miss his lavish multi-millionaire lifestyle “besides the cocaine, the strippers and fast cars”.

Lol okay Luke. Kind of disrespectful to those of us who never had a chance to spend millions of dollars on drugs and boats huh?