Every year a team has the whiff of destiny on their side, some idiot fan etches it into their flesh that they’re going to win a title. Sometimes they’re right, sometimes they’re wrong, I don’t think it’s a jinx as much as it is a very dumb attention whoring thing from trashy idiots trying to go viral. But what I’m really offended about is doing it on December 6th and acting like it’s some sort of amazingly bold proclamation. Yeah you’re etching it into your body but the Cowboys currently have 7 to 2 odds to win the Super Bowl, behind only the Patriots. It’s not like this declaration was made when Romo went down or Ezekiel Elliott got drafted, he’s making this bet with his body at a time they’re as likely to win a title as they’ve ever been. So overall this tattoo strikes me as not only not brave or particularly dedicated, it’s just all potential downside. Congrats on the scraps of attention from going viral and making Cowboys fans look like trashy idiots though, always fun.

Also don’t even point out the fact that the man getting a tattoo declaring the Dallas Cowboys the next Super Bowl champion classifies himself as a “comedian,” I’m taking that joy away from you: 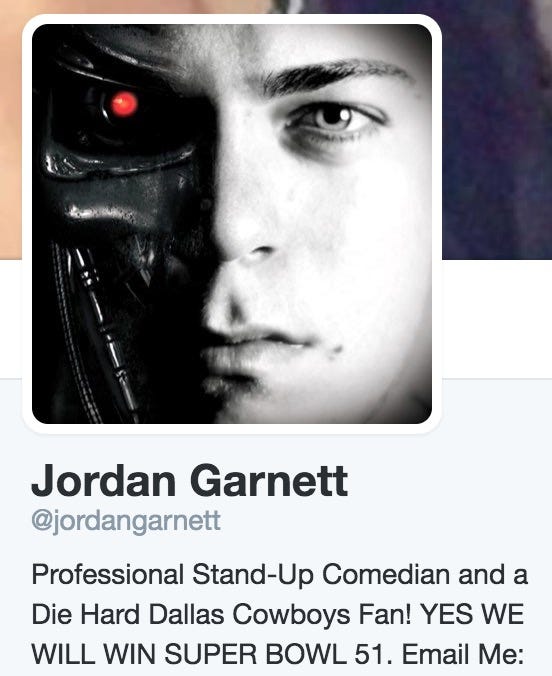