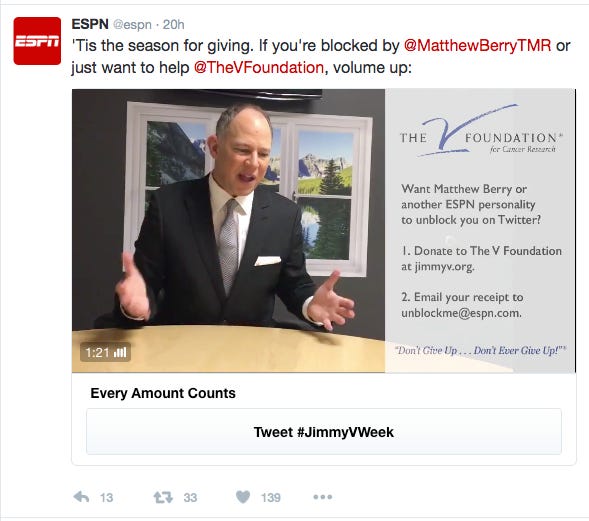 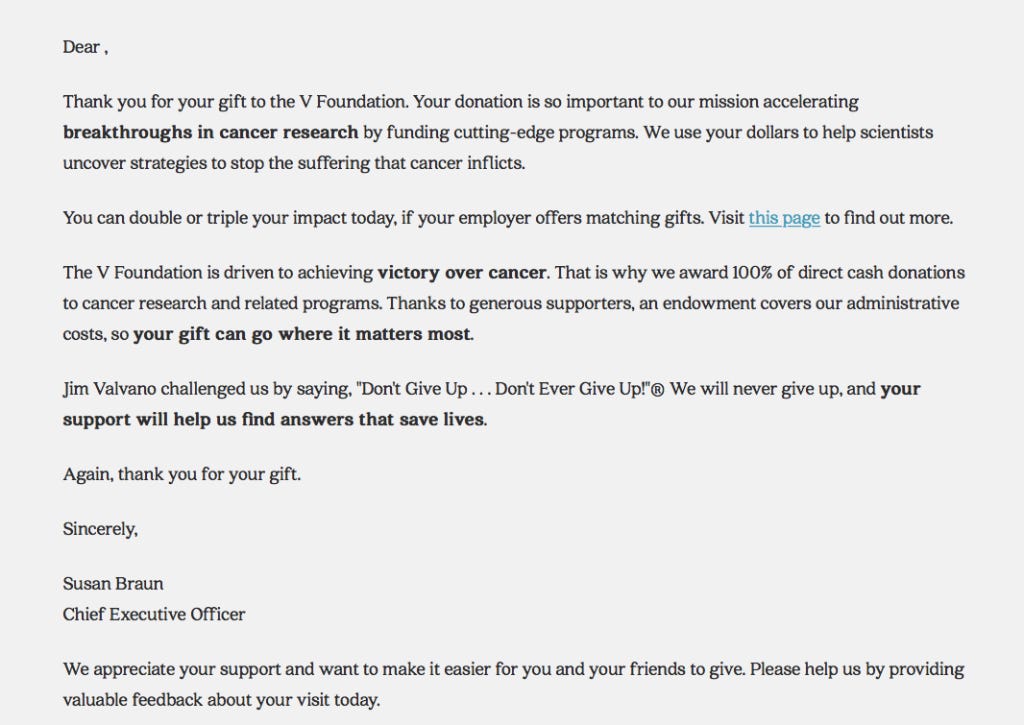 It’s a pretty simple question. Does Adam Schefter love cancer or will he unblock me on twitter? I’ve done my part, now ESPN better hold up their end of the bargain. Enough is enough, you call a guy a pee boy one time on twitter and next thing you know he’s blocked. Well no no no, ball is officially in your court Schefty, never thought we’d reach the level of you extorting me for charity donations but here we are. What started as a simple investigation into your height has ended in Cancer Donation demands. What a tangled web we weave. I think we can all agree that if Schefty doesn’t unblock me by sundown tomorrow he officially is a lover of all things cancer. Facts are facts. Adam Schefter, pro cancer ESPN reporter, his words not mine.

I donated anonymously because that’s the classy thing to do. Don’t thank me, it was anonymous, no one knows who donated the 120 dollars to get unblocked by Schefter, it was anonymous. It’s a mystery. 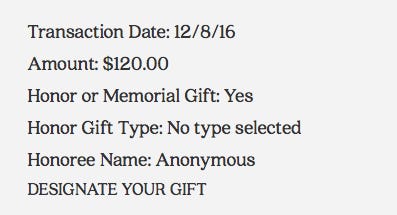