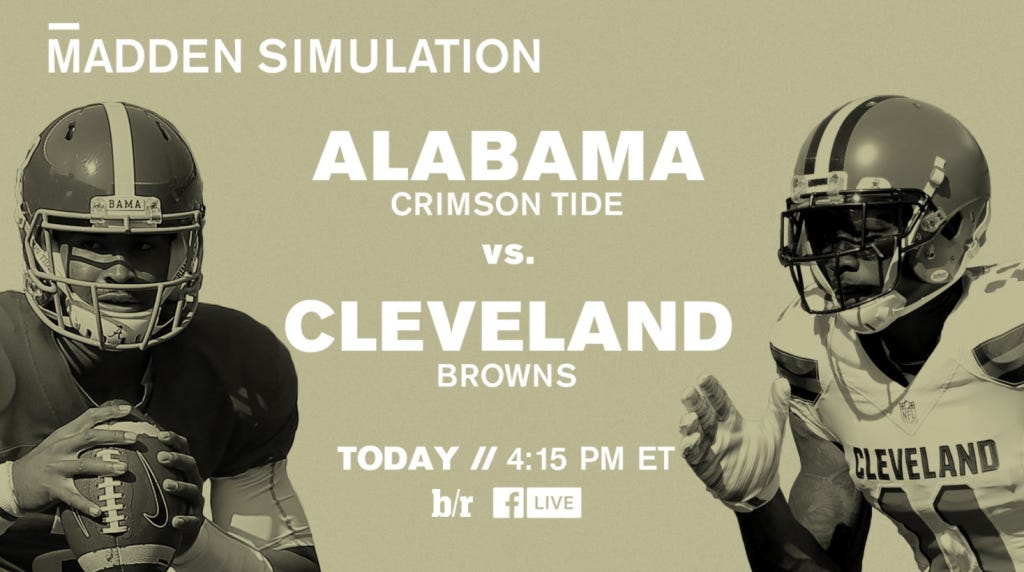 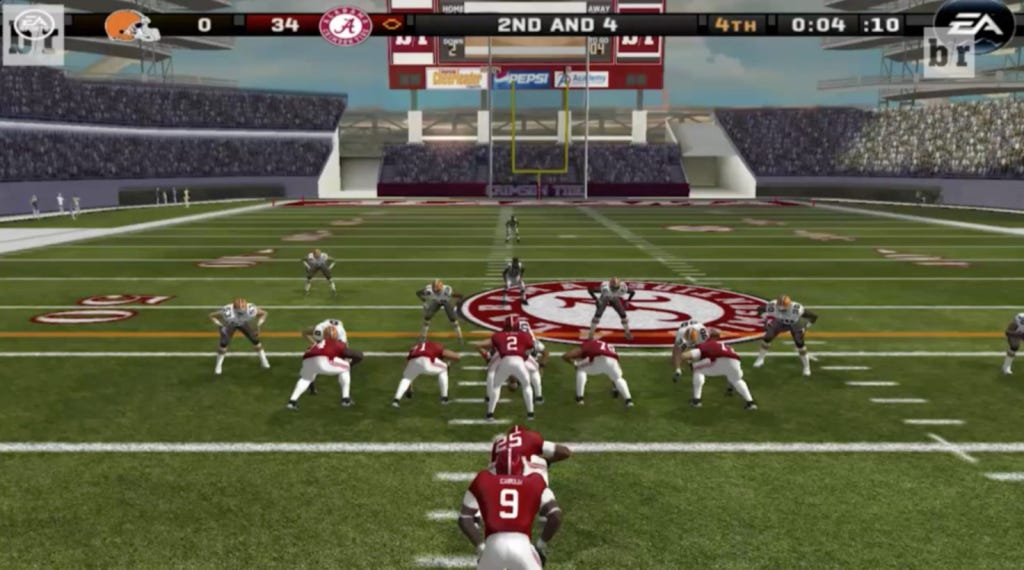 Hell yes, my favorite time of year – when you take the best college team in a sport and debate if they could beat the worst pro team in that same sport. Happens every season, every year, without fail, people never get sick of it or stop going back and forth about it. Could a bunch of college kids, a handful of whom will make NFL rosters, beat a team full of grown men who play professionally? Let’s fight about it! Fire up the video game systems! 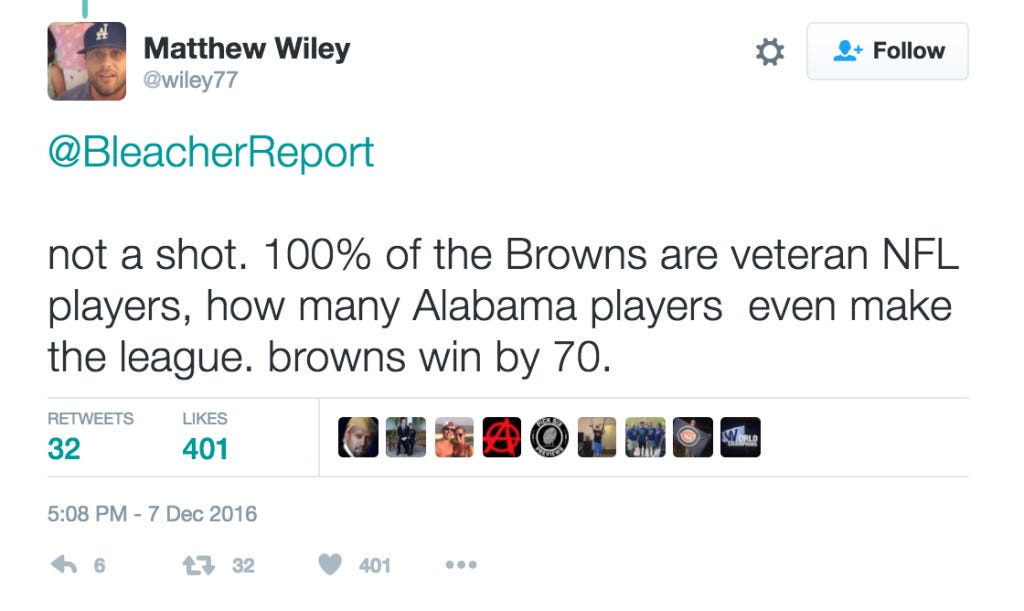 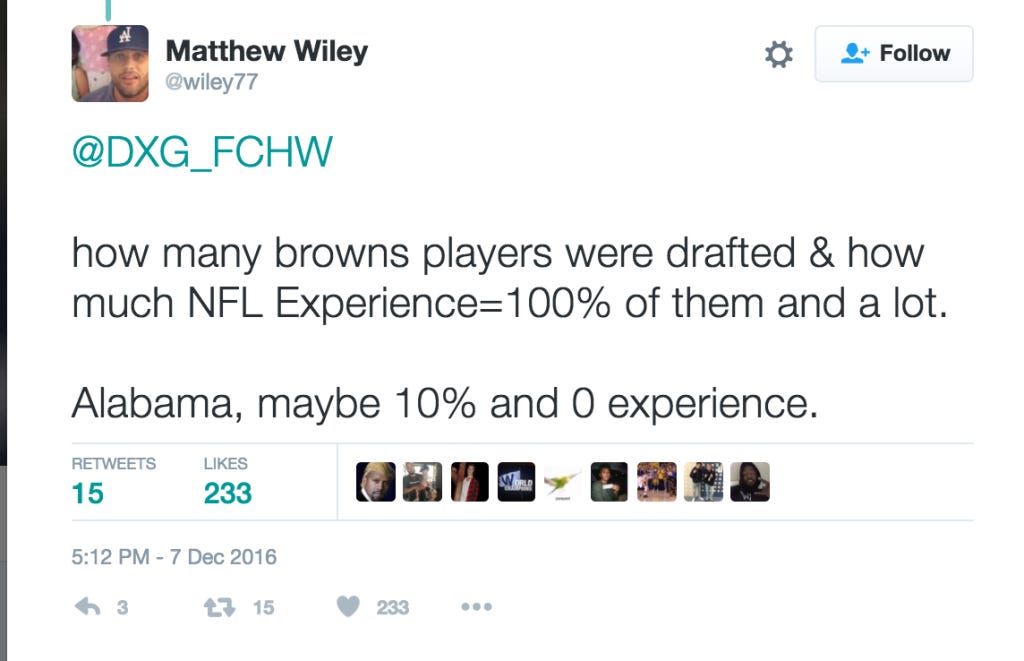 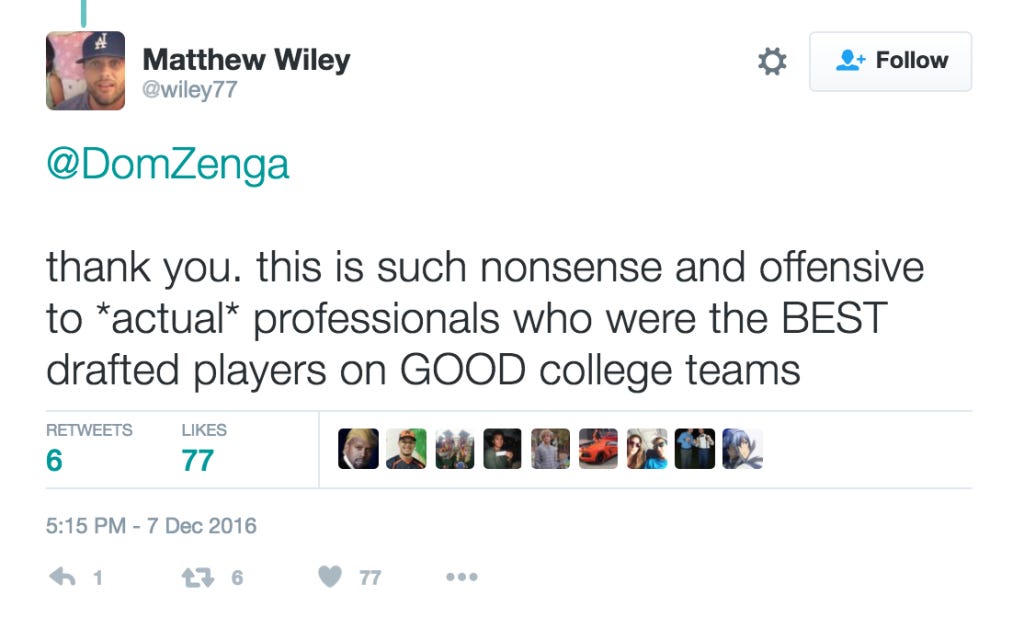 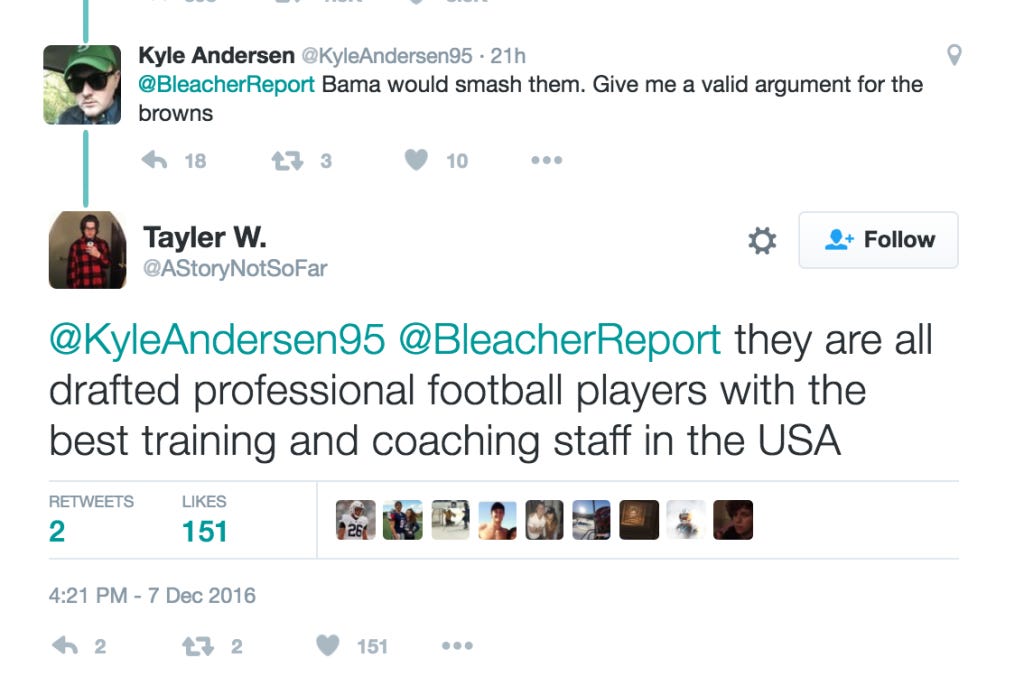 Spoiler alert – no they probably couldn’t.

They need to do it at some point though, just to shut everybody the fuck up. Seriously tell the Browns if they don’t win a game they have to do this. There should be some sort of punishment for going fucking winless.