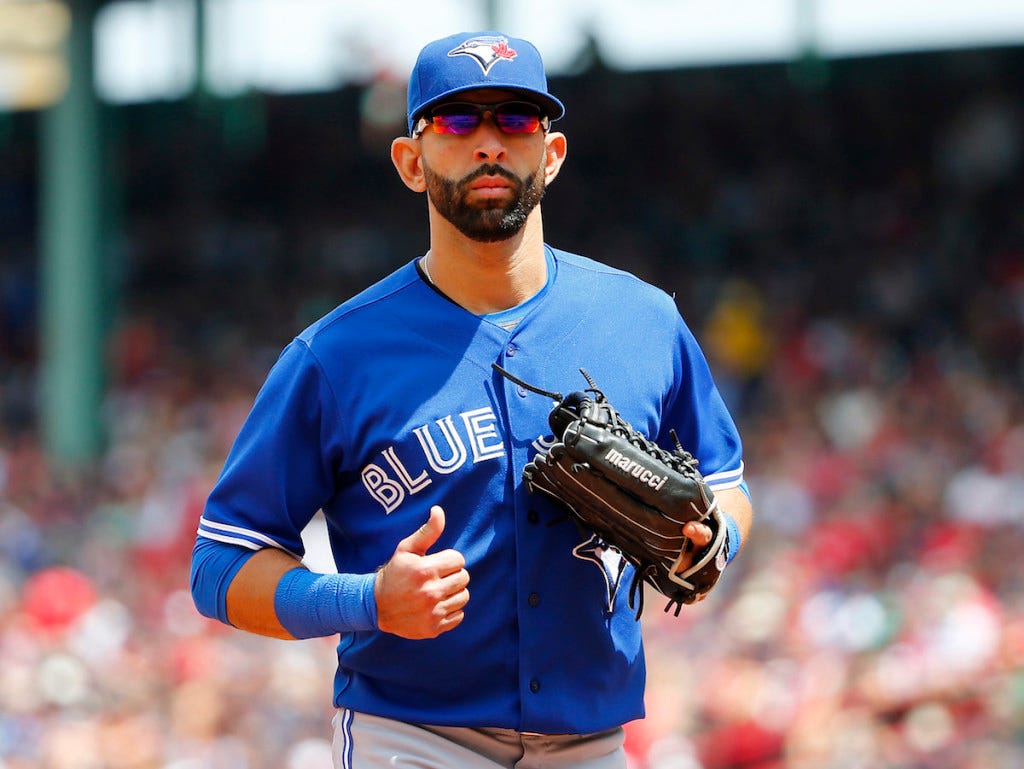 Tough week for Jose Bautista, getting curved left and right by teams, as he maneuvers his way through the choppy waters of free agency.

Yesterday, we found out that Dan Duquette told Bautista’s agent that the Orioles wouldn’t sign his client, because the “fans don’t like him.” Obviously there are more reasons outside of fan disdain, but that was more just salt in the wounds, taking a team off the list of destinations for a player who’s currently struggling to find work, all while telling him that he’s hated by an entire city at the same time. Come to think of it, the Texas Rangers have been linked to free agent Edwin Encarnacion, but don’t expect to have the money to sign him, either. You’d think, at this point, that Bautista would be a cheaper alternative for Encarnacion, but then you remember that Bautista is hated in Texas more than anywhere else on planet earth.

Then, this morning, Gammons tweets out that Bautista’s agent told the Red Sox that his client wants to come to Boston. The Red Sox shut that possibility down real quick, citing that they don’t have the money to spend on him. If the American League East were a high school, and the teams were the hottest girls in school, Jose Bautista would be the captain of the chess team.

So, where the hell is Bautista going to end up, if every team that he gets linked to tells him to kick rocks? Well, I wouldn’t rule out a return to Toronto, for one. They’ve been keeping an open line of communication with each other. But, what about the Indians? It seems like the Indians are quite literally the only suitor left for Encarnacion, so they might end up with EE by default, but what if they don’t want to spend what Encarnacion will likely be asking for? Could Bautista be a cheaper option for the Tribe? Quite possibly, yes.

I just don’t really see any other “fits”, so to speak. Sure, Bautista will shop himself as an outfielder still, but he’s statistically one of the worst defenders in the game at his position, and entering his age-36 season. Buying teams should be looking at him as a DH, and nothing more. After the likes of Cleveland and Toronto, there aren’t really any teams who could use his bat in their lineup, all while avoiding using him in the field regularly.