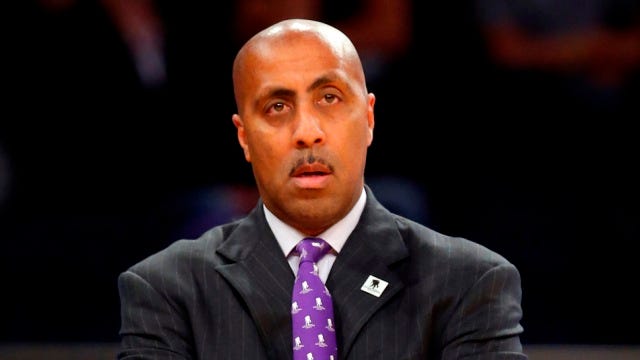 Last night everyone in the country realized the same thing. Washington is laughably pathetic on the defensive side of the ball and there are real questions about if Lorenzo Romar will be there to coach Michael Porter Jr., next year. Against rival Gonzaga, Washington gave up a layup line, with Gonzaga shooting better than 80% for the majority of the first half. Romar was successful early with Washington as he led them to back-to-back Sweet 16’s in his third and fourth years. He’s made the Sweet 16 just once since then and has won 3 NCAA Tournament games total since 2006. It’s not a talent problem. Washington has had the likes of Brandon Roy, Nate Robinson, Spencer Hawes, Jon Brockman, Justin Dentmon, Quincy Poindexter, Isaiah Thomas, Terrence Ross, Tony Wroten, CJ Wilcox, Andrew Andrews, Marquese Chriss and Dejounte Murray over that time. Romar has done an incredible job getting talent there, I mean shit, he got Markelle Fultz to come across the country to play for an NIT team. It just sucks for college basketball that we’ll miss the one year Fultz is playing the sport. I do think Romar will be there next year, simply because he’s an alum of Washington and Porter coming in, but his tenure at Washington has been more underwhelming than even Johnny Jones at LSU.

The other notable takeaway from last night? Xavier losing back-to-back games on the road by blowing a lead to Colorado. The Muskies came into the season with incredibly high expectations and clearly don’t look the part of that. The reasoning? Well, there’s a couple. First, is the obvious that they aren’t at full strength. They still don’t have Myles Davis, Kaiser Gates is just getting back. That’ll play itself out. Second, is the fact they look lost out there, especially when it comes to who should be the one taking over. Macura, Bluiett and Sumner all look confused at who should be the leader out there. They tend to either defer to one another or one forces the issue too much. There’s no middle ground. Lastly, they lost their identity. Last year they knew they could rely on the defense, whether it was man to the 1-3-1 that was so successful for them. With the inability to run that 1-3-1 this year (how important Farr/Reynolds were), they have struggled. Now, the back-to-back losses are to quality teams, but this isn’t the Xavier team everyone expected.

Tonight, it’s a SLOW night in the college hoops world. We get the Cy-Hawk game, but Iowa State should absolutely murder Iowa (sorry Trent). Sneaky game to watch is UT-Arlington at St. Mary’s. The Mavericks are coming off a win at Texas while St. Mary’s is undefeated. So with that, we’ll do the blog of lists. Everyone loves lists as it’s easy to read and makes for arguments. I asked on Twitter what you needed to be ranked and here are some of the best ones.

These are teams that don’t want to run, games typically are lower scoring, but that doesn’t mean their offense sucks. They just are methodical and usually run sets/motion that take time off the clock. These are the best ‘slow teams’ in the country. Numbers in parentheses are where they rank in terms of pace of play, there are 351 D1 schools.

Someone asked me who the top freshmen are who are underperforming and shockingly this year there aren’t too many. Looking at ESPN’s Top-100 rankings, pretty much the entire top-15 (outside of Giles and Ferguson) are playing well. But, in comparison to rankings here are the ones that have made me think there’s a little left to be desired.

It’s nearly impossible to start projecting the NCAA Tournament before conference play even gets under way, but people want to know who I think will be top-4 seeds in each region. Obviously there are a million moving parts when it comes to seeding, but I like to keep it simple and look at wins, losses, SOS and have KenPom as a tiebreaker.

What Teams Will Improve the Most by March

The way I look at this is who has struggled early due to random reasons (injuries, suspensions, etc) and is currently flying under the radar.