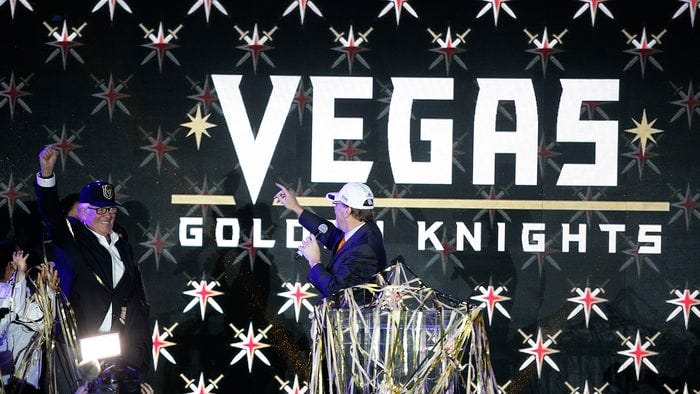 Hey so you guys remember when it was announced back in August that the 31st franchise in the NHL will be in Las Vegas? And then remember when it took months and months for them to come up with a name? And then remember right before Thanksgiving when they finally announced the team will be called the “Vegas Golden Knights”? Well you’ll be happy to know that the organization seemingly put zero research into this decision because now, two weeks later, the trademark Bill Foley and the team registered for has been denied by US Patent and Trademark Office. I haven’t seen a hockey organization mismanaged this poorly since the Florida Panthers.

Now as a journalist, I went through the full 164-page document that can be viewed here. And even I, a human with a brain that don’t work no good, can tell that this doesn’t seem like a big deal at all. It seems like a pretty minor issue that is most likely very commonplace in these types of transactions. For a while it was feared that the name would get rejected because of the US Army Parachute Team, the Golden Knights. But the hold up here is with the College of Saint Rose Golden Knights. Yeah… these ass hats. 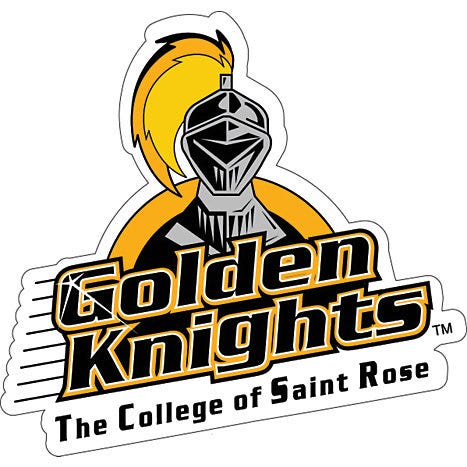 Seriously? A school that maybe what… like 7 or 8 people have ever heard of in their life? That’s who is holding this whole thing up? Well apparently so.

Marks may be confusingly similar in appearance where similar terms or phrases or similar parts of terms or phrases appear in the compared marks and create a similar overall commercial impression… In this case, the marks share the common wording “GOLDEN KNIGHTS,” and the additional wording does not change the overall commercial impression of the marks.  The wording “THE COLLEGE OF SAINT ROSE” in the registrant’s mark is presented in such a manner that consumers encountering the mark are likely to read it as a tagline; consumers will focus on the wording “GOLDEN KNIGHTS.”

Accordingly, the examining attorney finds that the marks are identical in part, sharing their most dominant and source-identifying portions, and are confusingly similar when compared in their entireties.

Again, I’ll be astonished if more than 8 people reading this website right now have ever heard of The College Of Saint Rose. Hell I bet that half the professors who work there haven’t even heard of that school. But here those butt fuckers are. Screwing the NHL with their logo design that looks like it was most likely originated before I was born. And now I know what you’re thinking to yourself–there are plenty of college teams and professional teams that share the same name. This is true. Which is what the Vegas Golden Knights put out via a statement that for some reason I was not CC’d on.

Does it hurt a little that Sports Illustrated gets these statements sent to them and I do not? Sure. It stings a little. ut that’s besides the point. Basically what’s happening here is totally common, happens all the time and will be resolved eventually. It’s just great that this organization had so much time to come up with a name, to go through the trademarking process, and their still running into these issues. Between the name reveal fiasco and the trademark dilemma, I can’t wait to see how they fuck this thing up once they actually have some players on their roster. But again. From one idiot to a bunch of other idiots, this seems like a very minor issue that’ll easily be taken care of.

Oh yeah, apparently there was also an issue with trademarking “Vegas”. The USPTO probably just threw that in their to give Bill Foley shit for being a douche. You’re not Justin Timberlake in The Social Network. Nobody needed you to drop the “Las”.