If you happened to catch the New York Jets on Monday night, you saw a burning pile of garbage in front of 1,600 people in Colts jerseys. Needless to say, the Jets need to make substantial changes in the near term to inevitably get our hopes back up before coming crashing back down to a soul crushing reality of mediocrity. How can the Jets dig themselves out of their latest mess? 10 ways below. Tell me why I’m wrong right here. 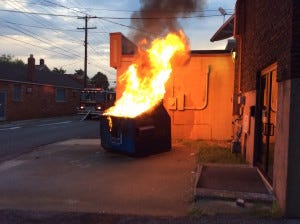 1. Who Reports To Who – The Jets have a reporting structure where both Todd Bowles and Mike Maccagnan report directly to Woody Johnson. This leads to things like a coach holding on to playing veterans in an obviously lost season and hesitation to get on board with long term thinking. If the Jets are keeping Bowles, have him report to Maccagnan and make sure they are aligned on the same page going forward.

2. Thanks Trump! – Woody Johnson should take the UK Ambassadorship being offered by Donald Trump and remove himself as far from any football decisions as possible. The sooner the team is ran with on field success as the top priority and not public relations or business as the top priority, the better.

3. Be Aggressive At Quarterback – Cut Ryan Fitzpatrick today. Give a realistic evaluation of Bryce Petty these final four games and don’t act content with any depth chart built around him and Christian Hackenberg in 2017. If you are in position to add a quarterback in the top ten of the draft, do not hesitate to pull the trigger for the right guy. (We have all offseason to discuss who that guy is). If it doesn’t happen in the draft, bring in a credible adult like Mike Glennon, Brian Hoyer or Tyrod Taylor (if he leaves Buffalo) to hold the fort and make Hackenberg have to earn his playing time.

4. Sink The Island – Darrelle Revis embarrassed himself this season, both from an effort and performance standpoint. Cut your losses and move on. The Jets structured his contract so they could get out after 2016 without any major financial ramifications. Take advantage of it and don’t talk yourself into a wasted free safety experiment.

5. Break Up The Line – The biggest running myth in football the past few years is that the New York Jets have had a dominant defensive line. It is unit that looks great on paper and has some great moments but is generally inconsistent and overrated. 3-4 defensive ends are great. Edge rushers and top tier cornerbacks are better. Trade Sheldon Richardson and see if you find any team crazy enough to take Muhammad Wilkerson (they won’t). Build around Leonard Williams, Deon Simon and a hopefully woken up Wilkerson, who sleepwalked through this season.

6. Everybody Is Expendable – If you are over 29, you are on the trade or cut block for the Jets. Brandon Marshall is still a good value at 7 million dollars in 2017? Sure, but if somebody will trade an asset for him this offseason? Move on. Wide receivers don’t age well in their mid 30s. The Jets need to start getting rid of players a year too early instead of year too late. The same goes for legend Nick Mangold. A rebuilding team can’t pay 9 million dollars for a 33 year old center, who is having trouble staying healthy. Explore the trade market, negotiate a pay cut or move on.

7. Self Scout – Marcus Gilchrist can’t be a starting free safety. Rontez Miles might be better than Calvin Pryor. Lorenzo Mauldin and Jordan Jenkins are not good enough at outside linebacker/edge rusher. Every tight end on the roster can go. Bilal Powell needs to be playing more than Matt Forte.

9. Fix The Special Teams – It is borderline incredible how awful they are year after year for the Jets. Go find a proper returner. Bring in competition at punter and consider moving on from Nick Folk at kicker. Also use some free agency money to find players to be backups, who have a strong track record of special teams performance on coverage units.

10. Fix The Damn Line – The Jets need new offensive tackles and depth across the board, along with maybe a new center. Invest draft and free agent capital to getting younger and stop procrastinating on fixing what has been a long crumbling unit.