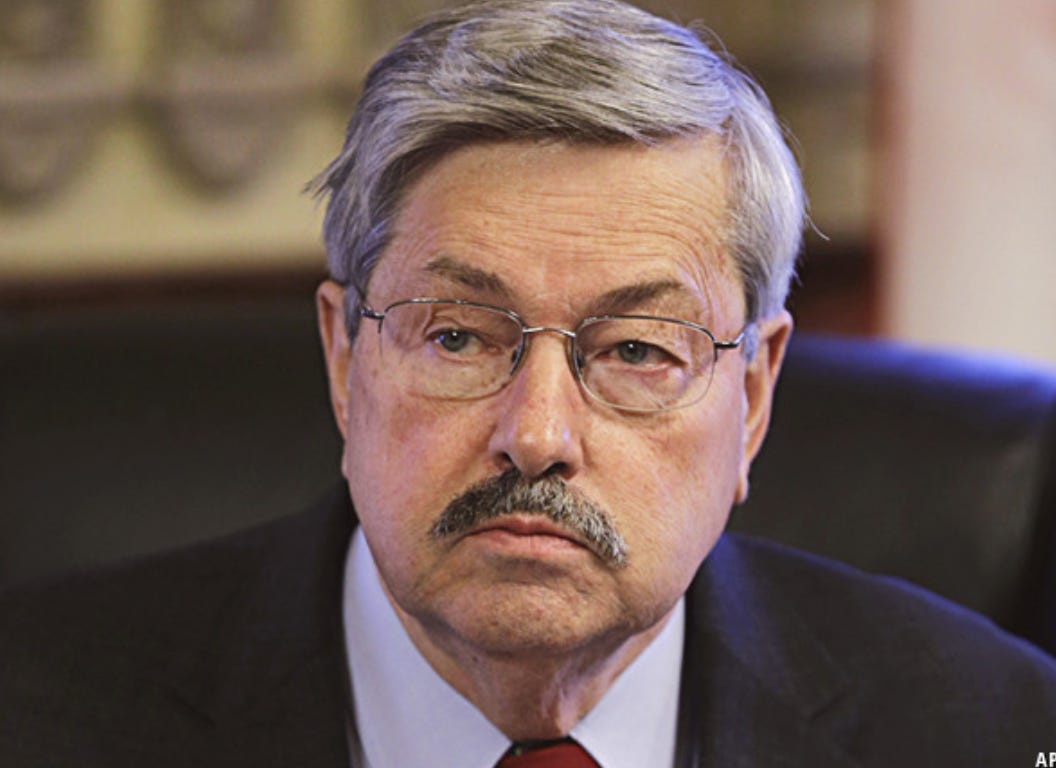 WaPo- President-elect Donald Trump has selected Terry Branstad, the long-serving Republican governor of Iowa, as ambassador to China, a transition official confirmed Wednesday. Branstad has extensive ties to China and a personal friendship with Chinese President Xi Jinping that dates back decades. If his nomination goes through, the move could help reassure China’s leadership that Trump understands the importance of healthy relations with Beijing. The Chinese reacted with concern to Trump’s protocol-busting phone call Friday with Tsai Ing-wen, the leader of Taiwan, an island that China considers a rogue province. Trump attacked China repeatedly on the campaign trail, and in a pair of tweets Sunday, over its trade and currency policies, and has criticized the way it has staked its territorial claims in the South China Sea. He has threatened to slap tariffs of up to 45 percent on Chinese goods if Beijing doesn’t “behave.”

Cool? This seems like a pretty big deal but I’m not exactly in a position to break it down. I’m very aware of Terry Branstad obviously. How could you forget a face like that? The pick seems like a smart one. Branstad has a long and extensive relationship with the Chinese. It also seems in the world’s best interest for the United States and China to get along somewhat. You know what sucks for Terry though? Having to move from the United States to China. You couldn’t pay me enough or give me enough power to move to China. Nothing against China (LOTS of stuff against China actually) but it’s not the United States. They don’t call this place the greatest country in the world for nothing. Now you might be saying, “But Trent, you love Chinese food more than live itself” and you’d be right but I love Americanized Chinese food more than life itself. I bet the authentic stuff is pure garbage. The sesame chicken I get down the street is probably a billion times better than the Chinese food in China. Anyway. Best of luck to Terry. Sucker.