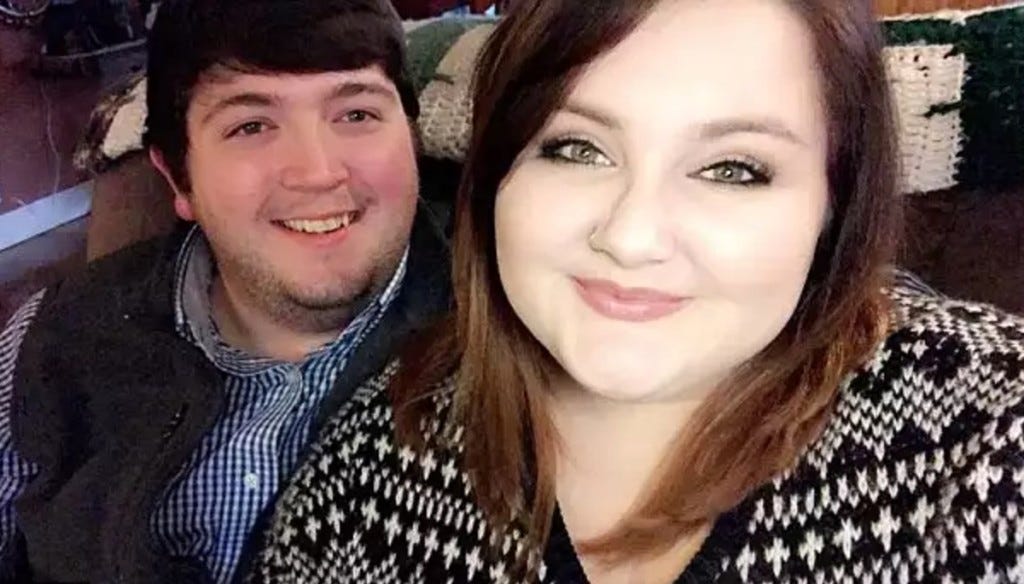 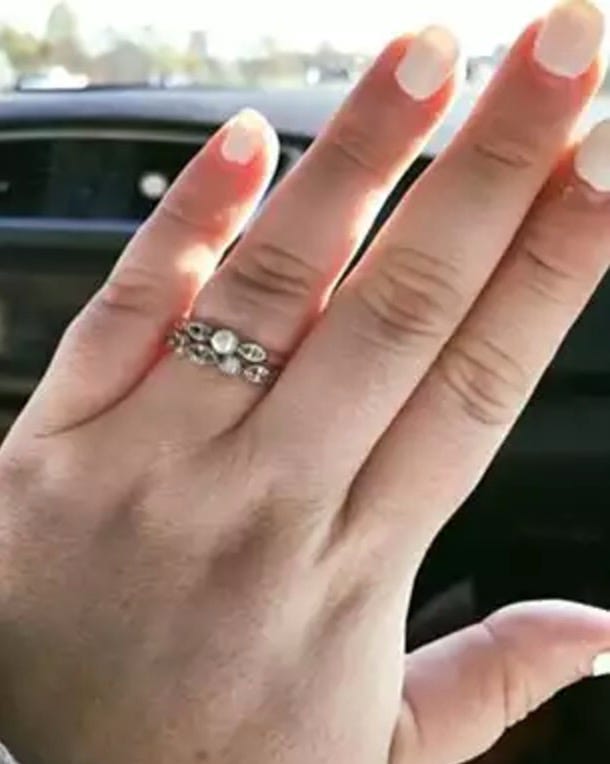 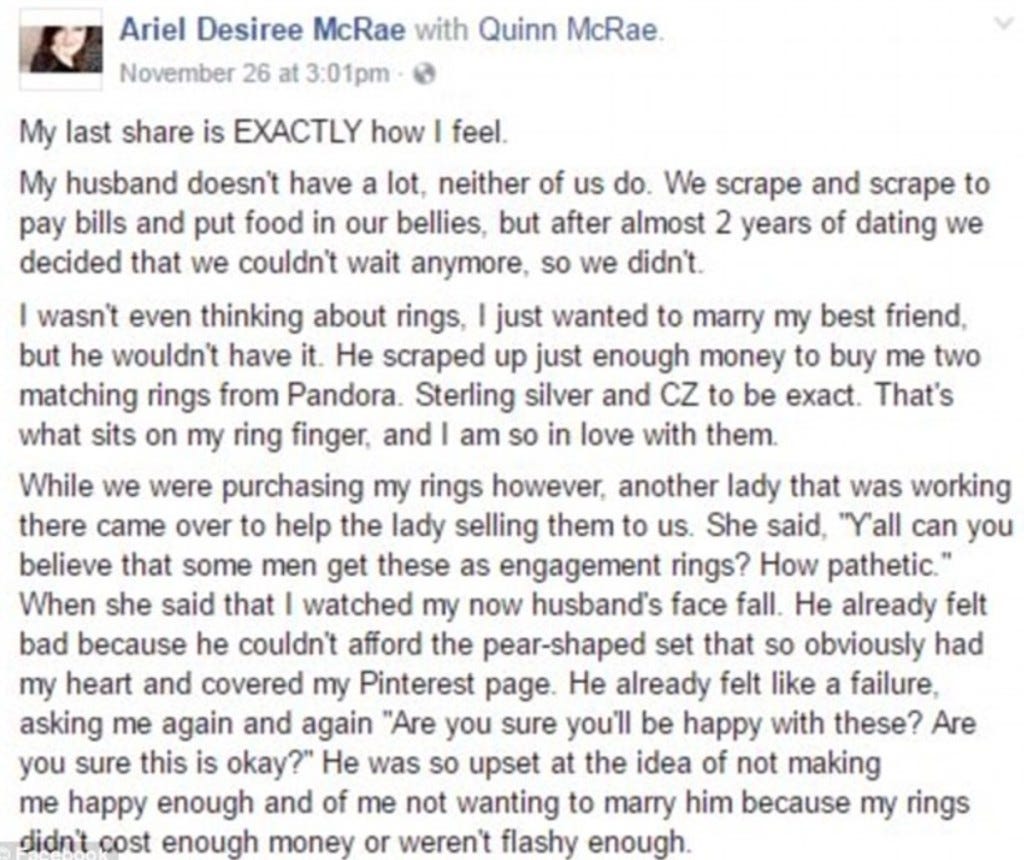 Daily Mail – When [Ariel and Quinn] McRae, both 22, were shopping for the rings after deciding to get married, the woman scoffed: ‘Can you believe that some men get these as engagement rings? How pathetic.’

They were served by one shop assistant who was ‘helpful’, the bride said, before the offending employee chimed in with her offensive comment.

‘When she said that, I watched my now-husband’s face fall. He already felt bad because he couldn’t afford the pear-shaped set that so obviously had my heart and covered my Pinterest page.

Ariel responded to the woman: ‘It isn’t the ring that matters, it is the love that goes into buying one that is,’ but said she was met with a vacant stare.

The pair later tied the knot outside a local courthouse. Rounding off her post, Ariel told friends: ‘Y’all I would have gotten married to this man if it had been a 25¢ gum ball machine ring.

‘When did our nation fall so far to think the only way a man can truly love a woman is if he buys her $3,000+ jewelry and makes a public decree of his affection with said flashy ring?’

‘PANDORA Jewelry regrets that Ariel and Quinn had this experience while shopping for such a meaningful testament to their love,” Pandora told the Mirror. ‘Their experience is not in keeping with our brand values or what we expect from those who sell our products.’

So when I was younger and maybe a little less horrified at the prospect of being trapped in marriage with someone forever, I used to think similarly to these two. “Oh the girl I truly love would accept anything from me, love isn’t dependent upon how fancy a ring you buy is.” It’s sentimental, it’s a sweet idea, and it’s a good counterbalance to the chicks out there who outright demand of the poor sap marrying them a ring at least worth X value. But the thing is…that whole “three months salary” rule for an engagement thing isn’t about the girl. Yeah it guarantees she isn’t wearing a Ring Pop out there like a prostitute being proposed to by a dude overwhelmed by the quality of nut he just dropped. But it’s a safeguard there to help in ways you don’t even realize.

That “three months salary” rule is to protect guys from themselves. By having a price level and a certain amount of finances committed to the idea of marrying someone as a barrier of entry, you’re ensuring you REALLY FUCKING THINK ABOUT THIS. For most people it’s an amount of money that could cover or heavily contribute to the down payment on a house or cover a chunk of student loans or a number of savvy investment things that would set you up for your future. That’s the point. You’re not investing in yourself or any real thing, you’re investing in your love. And you have to think about it every second you put this money away, when you put the deposit on the ring, when you’re holding it in your hand after paying enough for a Dodge Stratus for it and realizing it will never provide you value again unless you’re super into your chick’s Instagram likes or dick measuring against other dudes she dated.

So in some respect, this jewelry store chick did these two a favor. Shitting on their love like this is a great test of if it’s real or not. They passed one test, will probably get free jewelry and honeymoons from it after raising a big social media stank over it, and now they can focus on decades of making sure a choice they made when they were 22 was the right one. Based on the limited facts here I’m as confident in their love as I am that their new ring won’t turn her finger green three seconds after going into the hot tub of a La Quinta inn for their honeymoon but hey, they’ve got a shot.