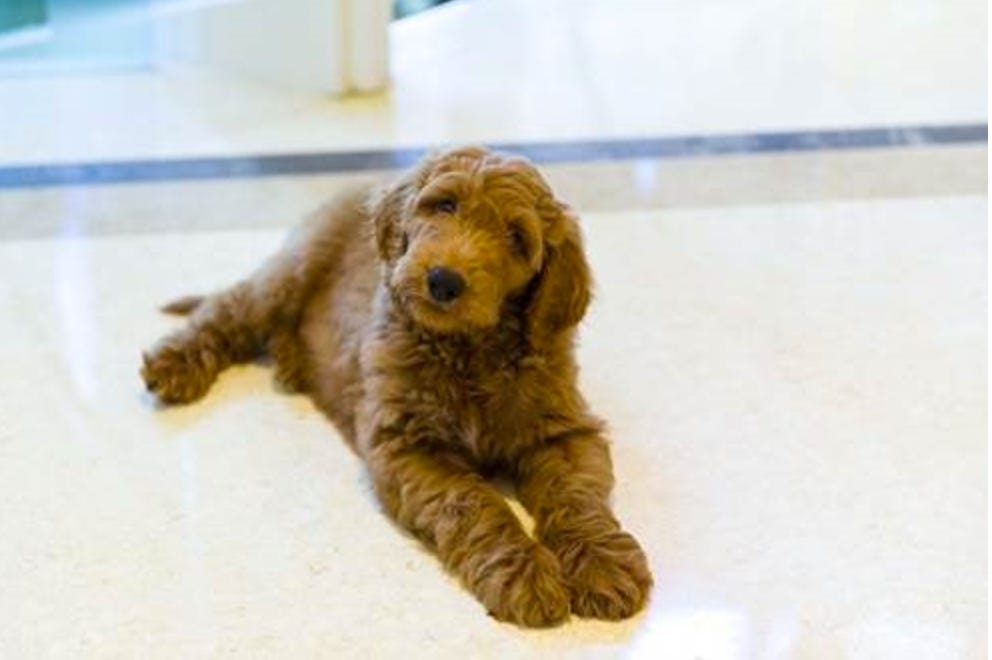 Washington Post - The Trump family, as far as is publicly known, does not own any animals. Unless something changes, that means that when Donald Trump moves into the White House, he’ll be the first president in 150 years who does not have a pet. Well, not if Lois Pope has anything to say about it. Pope, a prominent philanthropist in Palm Beach, Fla., who advocates for veterans’ and animal causes, said in an interview Tuesday that she is in possession of a 9-week-old golden retriever and poodle mix that will soon become the first dog. Pope said she notified Trump, whom she has known for more than two decades, about the Goldendoodle in writing and showed him a photo of the pooch at the Trumps’ recent Thanksgiving event at their Mar-a-Lago home. “He said, ‘Go over there and show it to Barron,’” Pope said, referring to Trump’s 10-year-old son. “He said, ‘He’s going to fall in love with him.’ He said, ‘Barron will want him.’” When she showed the photo to Barron, Pope said, “this big smile came over his face, and it just brought tears to his eyes.” Trump spokeswoman Hope Hicks said in an email Tuesday that “no decisions have been made” about the dog. But Pope said she is confident that the Trumps will take the puppy, which she named Patton after George Patton, a World War II general Trump has said he admires. “I’m sure. Every president has a first dog,” Pope said. “It goes with the presidency.”

Now let me start by saying its kind of bullshit if Trump goes and gets a dog just because Presidents are supposed to have dogs. You’re either a dog person or you’re not. If you dont currently have a dog, dont just get one because thats what you think America wants to see. If Trump and the family are excited to have a nice big house with a lawn and get our of that apartment life, thats a different story. Maybe Don and Barron have always wanted a dog and now its their chance. Thats fine. But if its like “Melenia! Go pick out a fucking dog because America wants to see us with a puppy!” then thats some bullshit.

But lets put aside motives for a second and just look at the potential pup headed to 1600 Pennsylvania Avenue. Great choice. GREAT choice. Patton the Pup. A regal golden doodle. Golden Doods are the best of the best. The smarts of a poodle, the demeanor and personality of a golden. Hypoallergenic for all you pussies that are allergic to dogs. And they got great size. Just the best a dog gets. My main man Duncan is a Golden Doodle and hes an awarding winning, Dog Show Champion canine. I’m not sure if Patton is going to be the final choice but The Donald cant go back on the Golden Doodle selection now. You cant tease that breed for First Dog and then take it back. Its Golden Doodle or best now.

I hope its Patton. He’s got great color and a great puppy dog face. Kind of sucks that he would have to hang out with that little fucker Barron, but some dog has gotta do it.