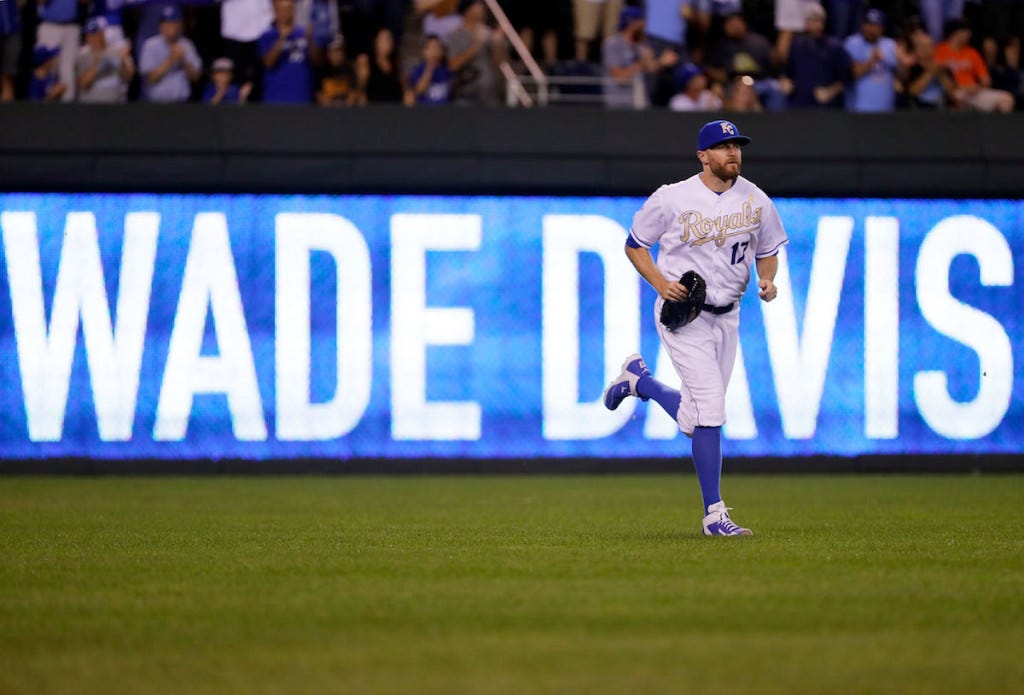 The closer market right now is absolutely ridiculous with names like Aroldis Chapman and Kenley Jansen looking to land contracts in the neighborhood of $100 million, so the Cubs pulled the trigger on a deal that brought in right-handed closer Wade Davis from the Kansas City Royals.

The early reactions that I’ve seen on Twitter is that the Cubs “fleeced” the Royals in this deal, but I don’t really see it that way. The Cubs traded four low-cost years of an outfielder with a .762 career OPS for one year of one of the game’s best closers at $10 million. No doubt the Cubs got the better player in a 1-for-1 trade, but it’s the years of control, and the money changing hands that you have to pay attention to here. Soler is owed $15 million over the next four seasons in total, not annually.

But for one year, the Cubs just landed themselves one of the best bullpen arms in the game. Since Davis took over as the Royals closer in 2014, there have been 169 relievers who have made at least 100 appearances, and the reliever with the lowest ERA is Wade Davis (1.18), during a span in which the league average ERA was 3.24. You could triple Davis’ ERA, and it’d be right around the league average for relievers over the last three seasons. Over that same three-year span, Davis’ 0.89 WHIP trails only Andrew Miller (0.78), and the aforementioned Jansen (0.86), while his 234 strikeouts are 11th in the majors since the start of 2014, and his home runs allowed per nine innings (0.15) is the best mark in the majors.

Soler was the odd man out in the Cubs outfield, so this was a no-brainer decision for Theo Epstein to make, especially since he didn’t have to attach a prospect along with Soler to sweeten the deal. The Royals get an outfielder with some pop for four years on the cheap, and the Cubs replace Aroldis Chapman with one of the only relievers in the game who can claim that they’ve been even better than Chapman over the last three years.