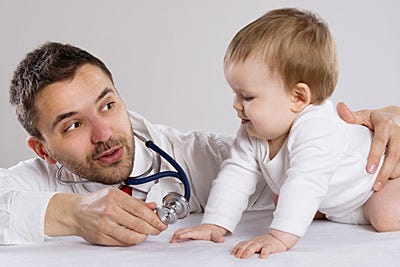 INDEPENDANT – Boys should not be circumcised until they are old enough to choose for themselves, doctors in Denmark have said.

The Danish Medical Association said it had considered suggesting a legal ban on the procedure for children under the age of 18, because it believed circumcision should be “an informed, personal choice” that young men make for themselves.

When parents have their sons circumcised, it robs boys of the ability to make decisions about their own bodies, and choose their cultural and religious beliefs for themselves, the organisation said.

Lise Møller, chair of the Doctors’ Association Ethics Board, said it was wrong to deny an individual the right to choose whether or not they wanted to be circumcised.

“To be circumcised should be an informed, personal choice,” she said.

“It is most consistent with the individual’s right to self-determination that parents not be allowed to make this decision, but that it is left up to the individual when he has come of age.”

I don’t want to tell these scientists how to do their job, but they are getting this one wrong. And they can’t let the director of the ethics board, who is a female, dictate that. There’s an old saying I heard at a protest once and it goes a little something like this: “My body, my choice.” And as men, we have decided as a collective that circumcision is the way to go. We don’t need any women butting their nose in our business trying to change the shape of the penis. If you want us staying out of your vaginas then stay out of our dicks.

This lady’s quote about it being an “informed, personal choice” is wrong. The tribe has spoken. You are doing these kids a favor. You don’t want to be a 17-year-old Danish kid who’s about to engage in some hanky-panky, only to drop your trousers to reveal a Danish sweater creeping up your johnson. That might wind up freaking someone out. Why not just have a beautifully shorn penis? I have never heard of a guy who is circumcised that wishes he wasn’t. But I imagine that’s the case the other way around.