Pakistan Airlines flight with more than 40 people on board crashes in the north of the country – media reports https://t.co/fFckd4pnZr

So a plane crashed in Pakistan today killing all 48 people onboard. Experienced some engine failure, caught fire, and crashed straight into the side of a mountain. Poof, gone. I mean look at this crash site. 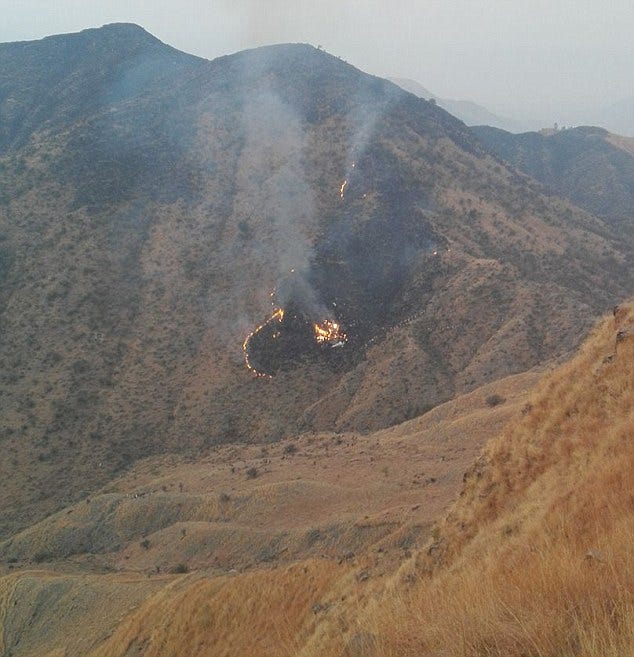 Footage of PIA #PK661 crash in which Junaid Jamshed has reportedly died. pic.twitter.com/61qaTKOAJb

Now, obviously we need to call a spade a spade here — flying in Pakistan is different than flying in the U.S. You’re in fucking Pakistan. I imagine some people are shocked this made international news. Some people figure this just happens every week or so over there. It obviously doesn’t and this is actually one of very few major aviation disasters in Pakistan over the last 10 years, but when you start to add things up I start to freak out a little bit.

Just last week we had the Brazilian crash that devastated the Chapecoense soccer team and killed 71 people. That put aviational disasters back on the map. It reminded us of 2014, when we started to freak the fuck out about flying again: MH370 flat out disappeared, MH17 was shot down by pro-Russian rebels in the Ukraine, and Air Algerie 5017 and AirAsia QZ8501 both crashed.

Yes flying in Pakistan is different than flying in the United States but it’s holiday season and we’ll all be flying a lot and I’m starting to freak the fuck out about it. The takeoff used to be a non-issue for me; now my body tenses up. My nails scratch the armrests. I start sending subliminal messages to my brother so he can find the crafty note I wrote my family in my phone in case I die in a plane crash (because my phone will survive if I don’t even though it can’t survive a simple sidewalk drop).

The point is this: a commercial plane crash — whether it’s in Malaysia or Pakistan or the U-S-of-A — really crushes the collective flying psyche. Destroys it. Ruins it. Heading into travel-heavy December, the timing couldn’t be worse. Might hafta stay out of the air for a while. Lay low/on the ground. I fully understand the whole “driving a car is way more dangerous than flying in an airplane” but I don’t give a shit. The difference is there are no fender benders; when something goes wrong flying, it’s game over for everyone.

PS — Apparently this was the model of plane that crashed. Maybe I’m just newschool but not crazy about hopping on planes with this type of propeller game. More of a jet engine guy. 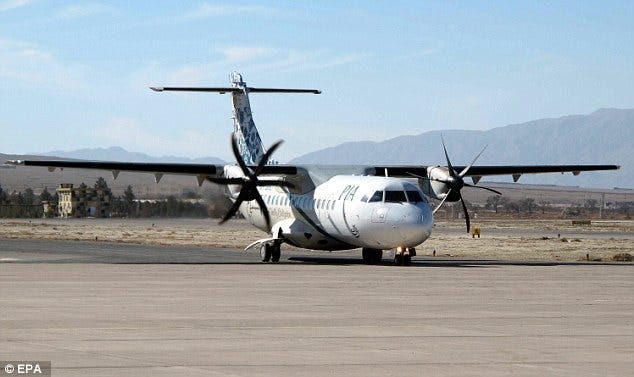