Daily Mail - A zookeeper who punched a kangaroo in the face to save his pet dog is holed up in his house fearing for his life after threats made by animal rights activists.

Greig Tonkins, from Dubbo in country New South Wales, became an internet sensation over the weekend when a video of him standing toe to toe with the marsupial as it attacked his dog went viral.

But Daily Mail Australia can reveal being the centre of international attention has come at a cost to the quiet father-of-two.

The 34-year-old – who is an elephant keeper at Taronga Western Plains Zoo – has gone to ground in the days since the video exploded online, laying low at his rural home.

On Wednesday morning Mr Tonkins called police to his property after fearing animal rights activists were outside his home.

Mr Tonkins’ decision to punch the roo to redirect it away from his dog while on a pig hunting trip in Condobolin, NSW, in mid-June has seen millions label him a ‘hero’.

However the animal lover has been slammed by activists, who have called for him to lose his job at the zoo.

Wait are these “animal rights” activists or “kangaroo specific” activists? I mean “animal rights” makes no sense? How do you differentiate between dogs and kangaroos here, and what kind of psychopath given the choice would choose a kangaroo over a dog? Like that kangaroo had the dog in a headlock. He was choking him out. Something had to be done. And when the kangaroo squared off and flashed the “come at me bro” stance he was basically asking for a punch to the face. What other option was there. It was self defense and protection in the most clear and obvious sense. 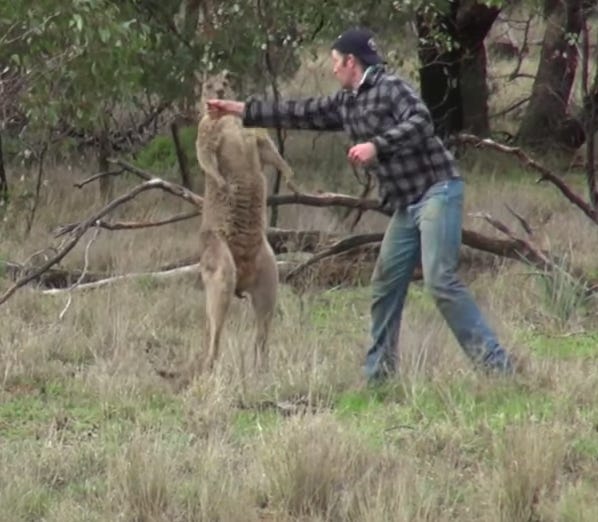 LOL every single time I see him standing there with that bewildered “did this motherfucker seriously just punch me in my face?” look. 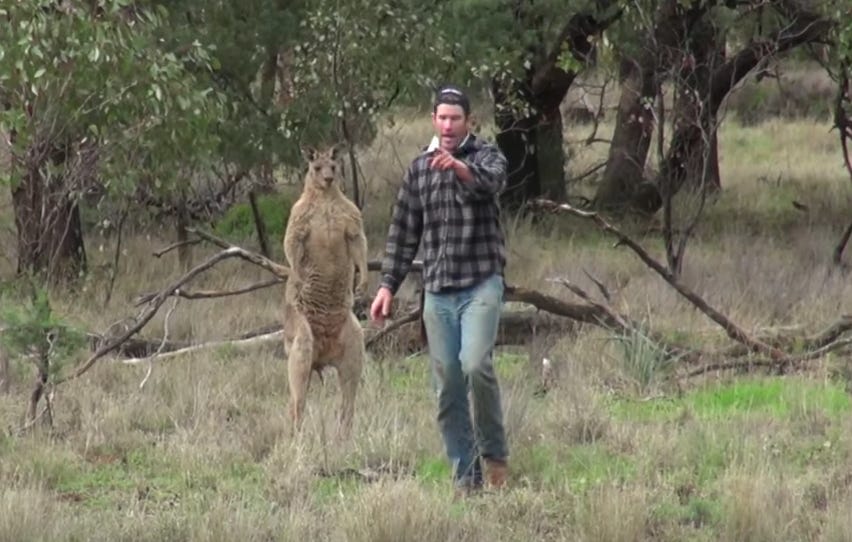