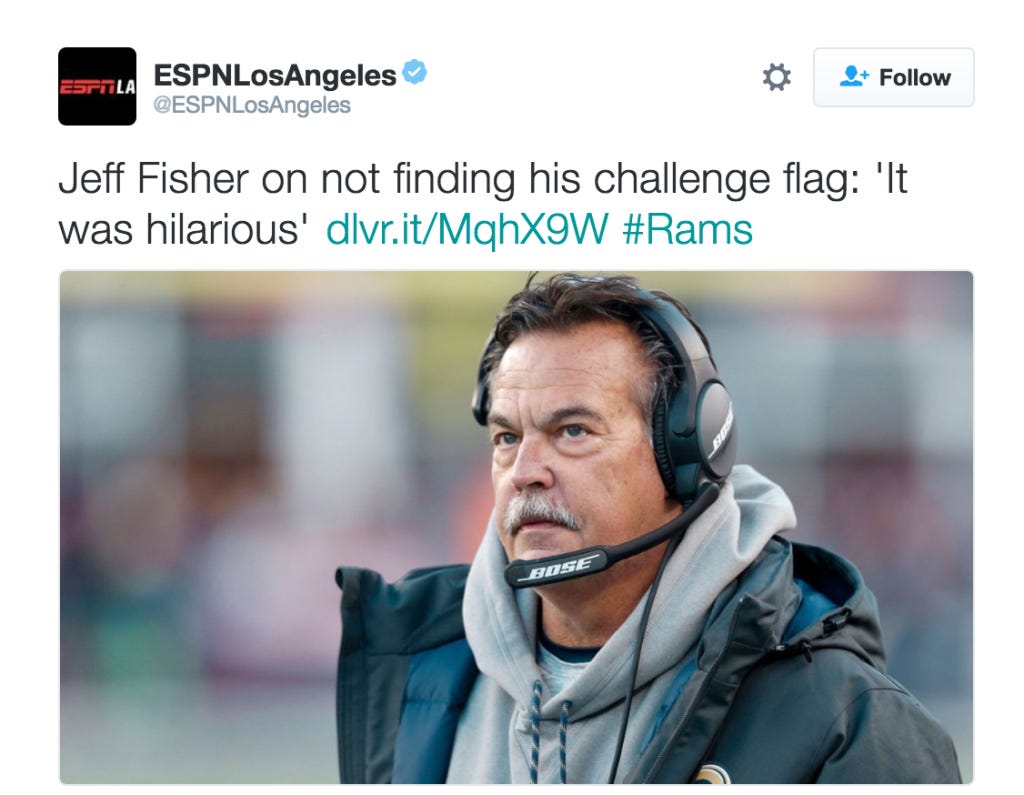 We got punked pretty good folks. Every humorless idiot at home was getting mad because they thought that Jeff Fisher was so incompatent that he didnt know where his challenge flag was located. Turns out it was just a big goof and it was actually just kind of funny to him:

“I thought it was hilarious,” he said, “and I appreciate you asking.”

Fishers reasoning for not being able to find the challenge flag was because he put on like 7 extra layers of clothing over his original sideline gear: “I put some wind pants on, and then I put a jacket on. I had this really long jacket, and then I was wired for NFL Films, and then I have a belt pack with two things on the side.”

1. Need this NFL films footage realeased, and I need it released yesterday

3. What with all the global warming hoopla its tough to blame a guy for not knowing that it was going to be cold in Massachusettes in December. Must of just been one of those freak things.

Coach Fisher had quite a day yesterday at the podium, explaining how there are actually many bright sides to his tenure as Los Angeles head coach. He correctley pointed out that his Rams are leading the league in the criminally underappreciated statistic of “cumulative punt yardage” which is like a French General boasting about the record number of successful battlefield amputations his medics have conducted in a week. But in todays nerd-obsessed statistic industrial complex, I guess having Johnny Hekker kick the pig shit out of a football 9 times a game dosen’t mean as much in your little computers as being ranked 32nd in points, yards, and first downs.

In conclusion, Jeff Fisher thinks its funny, actually. He was simply struggling to dig for a challenge flag under 3 layers of clothes which is like Charlie Weiss trying to find his dick after golden corral. Could of happened to anyone.

PS Hiding a challenge flag under 6 artcles of clothing could be a game changer for the Chiefs. Its like you’lll go to any length to avoid having to pee when you’ve got snow pants on- imagine what it could do for Andy Reids clock management if we could exploit his laziness into preventing unessecary challenges. Here’s a artists rendition of what it would look like if Reid bundled up: 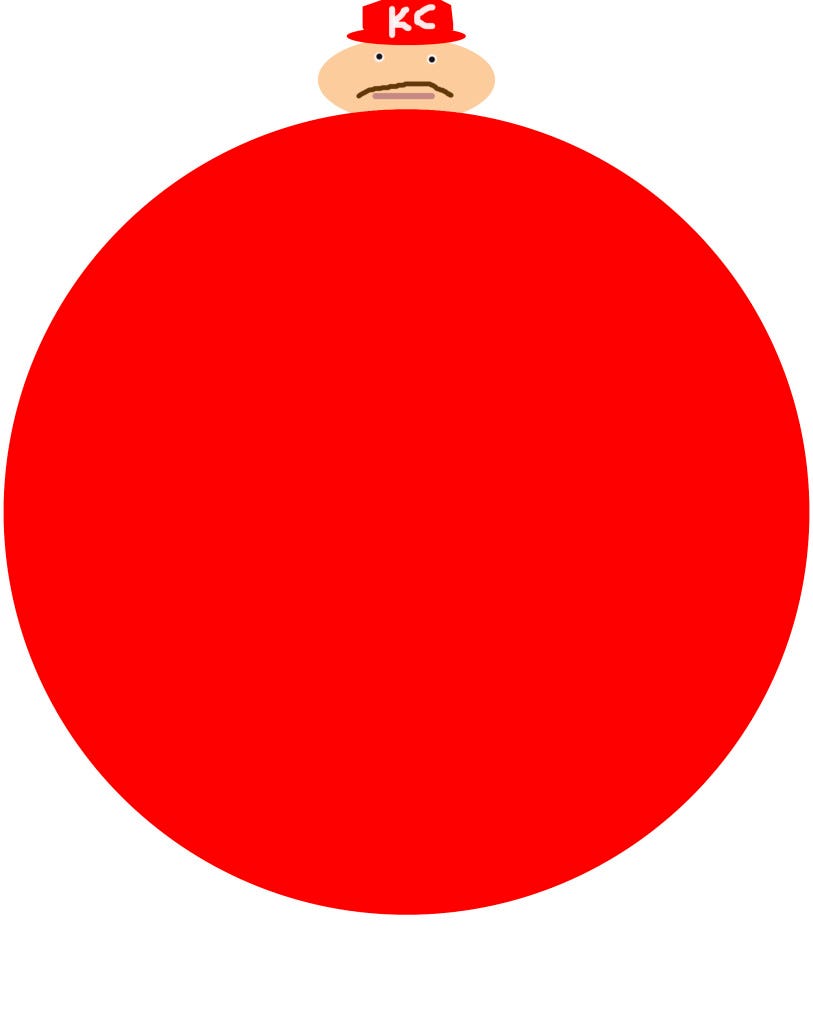