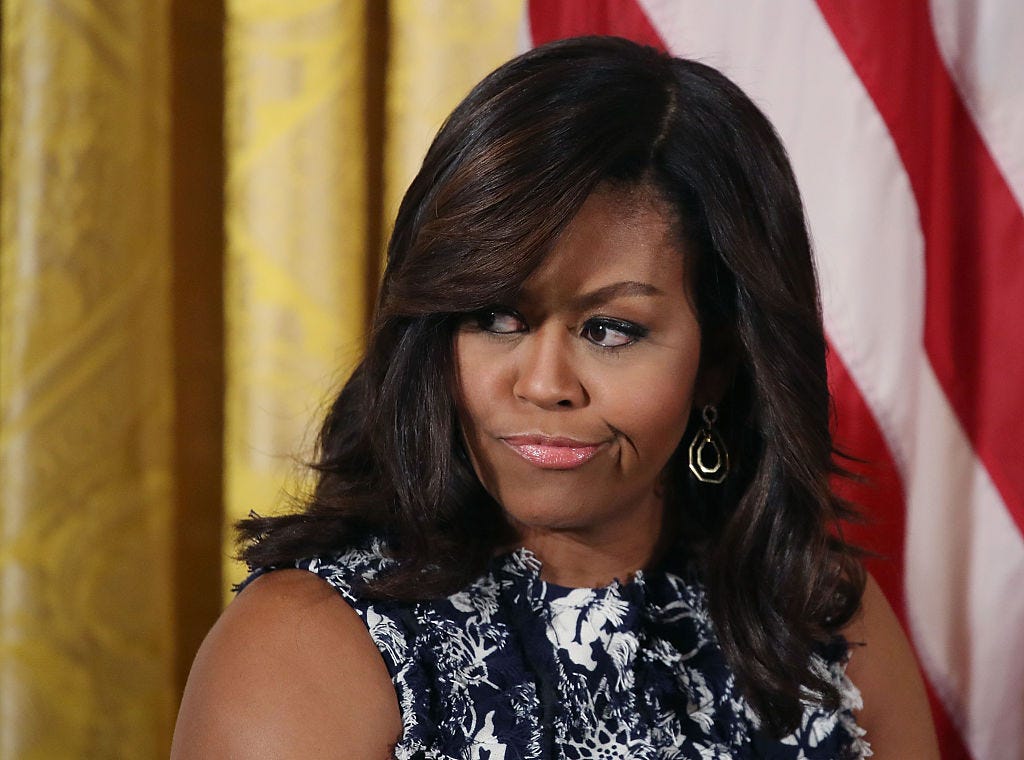 CNN — She was one of Donald Trump’s fiercest critics on the campaign trail, but First Lady Michelle Obama wasn’t up for watching the Republican declare victory on election night.

She told People Magazine she called it a night early instead.

“I went to bed. I don’t like to watch the political discourse; I never have,” the First Lady said in a joint interview with her husband, President Barack Obama.

She said she “barely” even watched political back-and-forth when her husband was running.

Yeah fucking right. Get out of here with that. Michelle Obama ripped The Donald a new one essentially every day during the campaign. She was popping up left and right to berate him for his latest v?i?c?i?o?u?s?/?h?i?l?a?r?i?o?u?s? ?i?n?s?u?l?t?s? comments. “We need an adult in the White House. I guarantee you,” she said. She made it as far as to be touted as Hillary’s top campaigner.

“[Michelle] Obama is Clinton’s most popular campaign surrogate, with polls pegging her favorable rating near 60%.” -CNN, September
And I’m supposed to just sit here and believe that she went to bed? Fell right asleep as the entire world was freaking out about the massive shift in tide, the stunning digesting of real-time results, the unimaginable reality that Donald J Trump was being elected president, the unprecedentedly timely and accurate BNN reporting? No shot. I’m offended she even said this. You don’t get to strut your stuff out there proudly when you win elections then turn around and pretend you were asleep when you lose one. How gutless. Like chicks lying in bed from midnight-6AM studying their ex’s new girl then pretending they didn’t even notice he’s dating. You were rattled. You were shocked. You were tossing and turning at the thought of this vulgar creature, who stands to dismantle everything you and your husband stand for, winning the biggest upset in American politics.