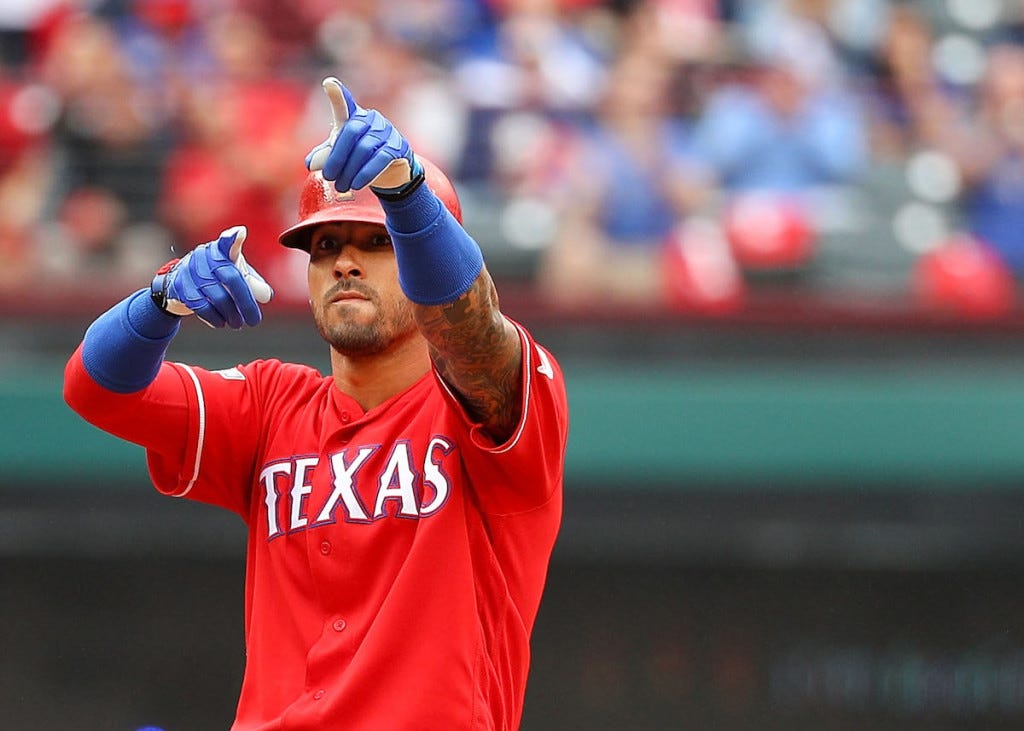 I feel like this is a headline that we should’ve seen earlier this year, but alas, the Rockies finally end up with Ian Desmond.

If you forgot about the storyline between these two, this past spring, the Rockies were heavily linked to Desmond, because, then, Rockies shortstop Jose Reyes was serving a suspension for the first 51 games of the season under MLB’s domestic violence policy. Desmond was still a free agent as late as February 29, just before spring training games were set to get underway, mostly because his former team, the Washington Nationals, made him a qualifying offer, which he turned down. Teams were reluctant to forfeit a draft pick in order to sign Desmond, and there weren’t many teams in need of an everyday shortstop. The Rockies were interested, but never made an offer.

That’s where the Texas Rangers came in, finally signing Desmond to a one-year, $8 million deal to play centerfield. Desmond re-established his value by hitting .285 with a .782 OPS, 22 homers, 29 doubles, and 86 RBI. Texas also made Desmond a qualifying offer, so the Rockies will have to cough up their No. 11 overall pick in the 2017 draft, which would irritate me if I were a Rockies fan, but Colorado lands a player that is a career .379 hitter with a 1.016 OPS at Coors Field in 101 plate appearances.

Five years, $70 million is one hell of a rebound for a player who could only net $8 million on a one-year deal last winter, but let’s not forget that Desmond turned down a 7-year, $107 million extension from the Nationals in 2014, hoping to land an even bigger deal in free agency. That obviously didn’t work out, but credit to Desmond for being able to land on his feet after what looked like a monumental mistake on his part by turning down that offer.

The question now becomes, what position is Desmond going to play? He was a shortstop for his entire career up until last year when he took on the challenge of playing center in Texas, but the Rockies have Trevor Story at shortstop, and Charlie Blackmon in center, so that’s why Desmond will be switching positions yet again, and playing first base for the Rockies.