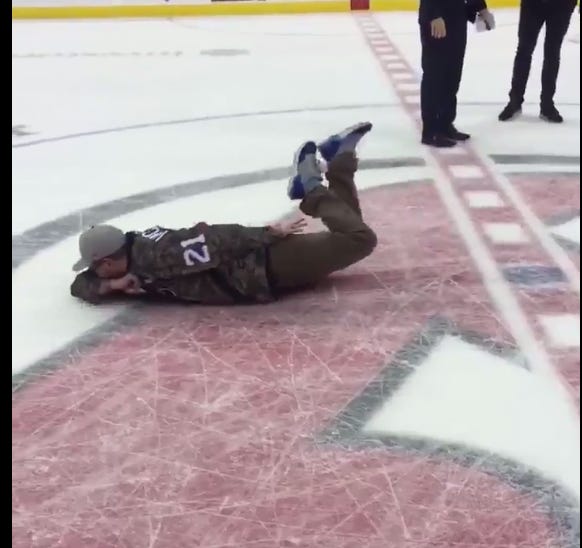 Taylor Hall was a monster. Adam Henrique was majestic and a great hugger. The game was everything I could have hoped for.

The sound the crowd made when Hall delivered a huge crackback hit was incredible. The entire place just basically mutters oohhhh fuuccckkk under their breath and then the teams fight over the dude who just got knocked the hell out.

Hockey is a violent ass sport but Taylor was really concerned for his former teammate when we saw him after the game. You could tell that he felt genuinely bad about shoulder checking the dude to bolivian. #GoodGuy

After the game, I unleashed what is WIDELY and RENOWNEDLY being called the greatest dab in the history of the NHL. I’m very honored by that.

Also, it’s safe to say that we crushed the air drum portion of the night. It aint nothin to stunt.

Overall, my first NHL game was better than I could have ever expected and I even got to wear one of Ken Daneyko’s three Stanley Cup rings. Not a bad experience at all.