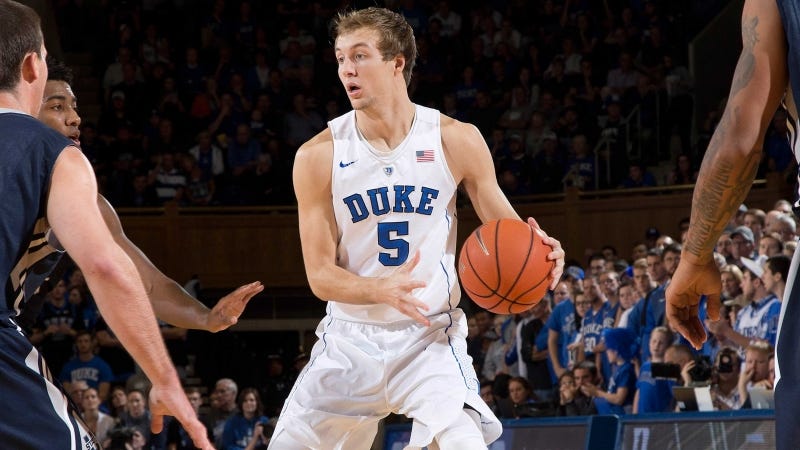 As I mentioned yesterday we’re in the slow part of the season. We’re coming to the end of the semester across the country which means a lot less weekday games and most of those matchups suck. There are a couple decent games tonight with Xavier going to Colorado, Seton Hall vs Cal and TCU at SMU. But again, nothing that really moves the needle if you’re a casual fan.

So for the next couple of days we’ll get away from game previews and look at random shit across the college basketball landscape. Whether it be lists, breakdowns, whatever you want. Just let me know on Twitter @barstoolreags.

We got a hodgepodge of suggestions today. But, the one most people wanted to know about was what I think of different rankings out there. I spend a lot of time talking about KenPom, which I think has the best indicator for future results and can tell you who is better.

When talking about rankings, especially as we head towards March you hear the following: RPI, KenPom and AP/Coaches as the three most common ones. Personally I think AP/Coaches rankings are shit and the RPI is even bigger shit.

Now I know you’ll ask – well why do I submit a top-25 ranking and even mention talking about it? First, it’s a great argumentative point. I can list who I think are the 25 best teams in the country at any given time and it leads to a discussion. But, they are pointless. Don’t tell me that the Coaches poll is important because coaches vote. They don’t. It’s usually some SID or someone in the athletic department that quickly fills it out. It’s often a joke. The AP isn’t any better. You have people who make no sense voting. They shouldn’t be used for any argument when it comes to seeding or telling me how good a team is compared to another.

KenPom is quite simple. The rankings are based on just subtracting the AdjO by the AdjD. It ranks based on efficiency but when looking at KenPom as a whole you can see luck factors and SOS. It’s a clean look. That said it’s not the best when looking at seeds for the NCAA Tournament. For me, the NCAA Tournament seeds should still be based on wins, losses and SOS with KenPom as a tiebreaker essentially.

I get asked this multiple times a year. Who can be the next Kemba? Who is the veteran that can carry a team to a Final Four or a NCAA Championship? Immediately you can rule out guys like Josh Hart and Frank Mason who just have too much talent around them to be ‘Kemba.’ You have to think of guys on teams that won’t be a top seed and will have to make some sort of run.

Obviously a lot of people want to say Melo Trimble and it’s not wrong. He’s a guy that can get hot for a couple games and win you some, especially if they are close considering how good he is at the free throw line. He’s clearly the guy on Maryland that will have the ball in his hands as his usage rate is just about 30%.

Monte Morris is another guy that I could see being like Kemba. He’s changed his game so much over the four years he’s been at Iowa State. His natural game is a pass-first point guard who sets up the offense and doesn’t turn the ball over. He looks for his shot more now and can completely dominate the game.

Other guys I could see include London Perrantes (Virginia), Dillon Brooks (Oregon), Derrick Walton Jr. (Michigan), Seth Allen (Virginia Tech) and Troy Caupain (Cincinnati). Again, I’m not saying any of these teams are favorites to get to the Final Four, but these are guys that are upper classmen and have the ability to make a run.

I love that Luke Kennard is ridiculous this year. He makes Duke that much more fun to hate and considering I was all in on him being more talented than Grayson Allen, so far I look right, which is my favorite thing in the world. How easy is it to hate a team with Kennard/Grayson/K, hell even throw Scheyer in on the bench as an assistant coach. But, in all seriousness Kennard is playing out of his mind – and it’s going to be interesting to see what happens to minutes/production when they are at full strength. Right now you can’t bench him, though seeing him in a Jamal Crawford type 6th man role wouldn’t shock me. He’s instant offense and is someone who can turn a game in a couple of possessions. Big Cat put it perfectly with this tweet:

I want to take a moment and talk about this play design from a couple weeks ago. I was talking about this with one of my friends and going back to watch it again it’s a thing of beauty. It’s going to be real basketball-y so I apologize if you’re not into that. There’s a lot going on here, but I want to try and break it down, because too often we see this play end up being an iso/desperation 3.

The first wrinkle is down low where Derrick Walton (a guard) is screening for a big, while Robinson breaks toward the ball. With Robinson being the best shooter on the team, everyone assumes it’s going to go to him here. Now, go back to the post. Wagner flashes with his hands high as Walton comes and sets another screen, to get Wagner open to the far corner.

As the pass goes opposite court, corner, Irvin is setting a rub screen for Robinson as the defenders naturally turn their head to watch the pass. If Abdur-Rahkman could have made a better pass to Wagner, this shot is going in. Instead Wagner had to hesitate with the pass, giving a defender the chance to get back to Robinson.

It’s truly one of the best designed plays I’ve seen. The little intricacies of having a small screen a big and then a guard on guard screen is a thing of beauty.