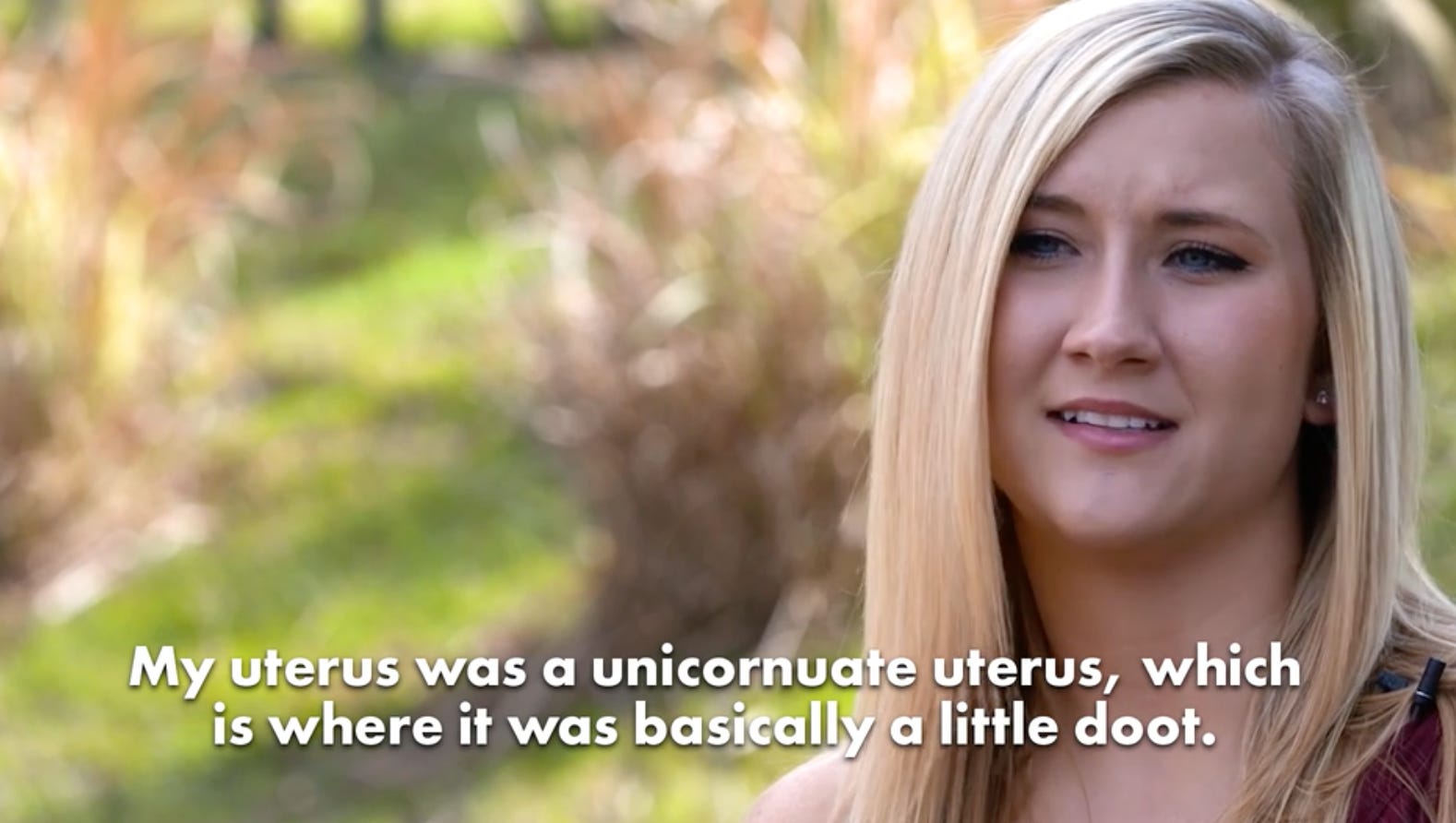 NY Post – At just 12 years old, Devan Merck was diagnosed with a rare condition called Mayer-Rokitansky-Küster-Hauser syndrome, a congenital disorder that affects the reproductive tract. In Merck’s case, she was born without a vaginal canal, cervix and a malformed uterus.

Growing up, dating was always a challenge, and she endured years of merciless bullying.

“Kids would call me a ‘boy’ and a ‘freak’ and boyfriends would disappear when they realized I wouldn’t have sex,” she said.

Bitch, please. They say that success comes when luck is met with preparation. Devan has all of the former, and none of the latter; if I were lucky enough to be born with a special trait like no-vagina, I’d turn on the camera at 12:01am on my 18th birthday and just watch the money roll in. I don’t think this woman realizes just how profitable her situation is – if you heard there was a video out there of a woman with no vagina having anal sex, wouldn’t you pay half the money in your checking account to see that?? And then, once she got the reconstructive surgery (great potential for a docuseries there btw), wouldn’t you watch her first man-made-vaginal scene?? Some people just don’t deserve the luck they have.