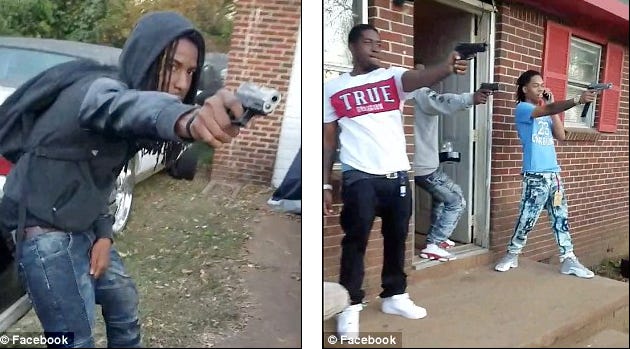 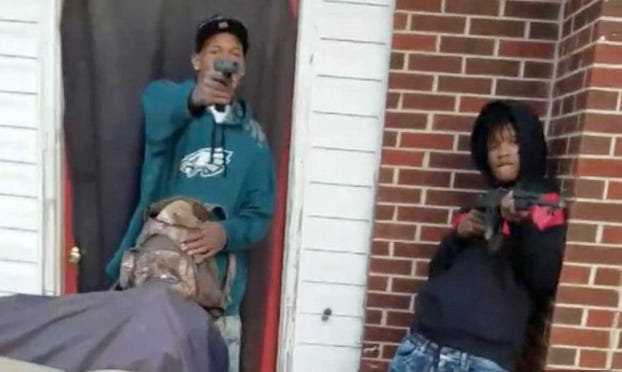 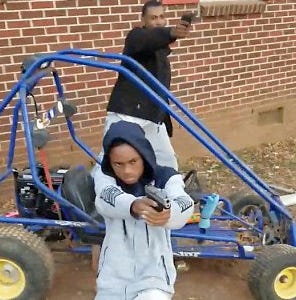 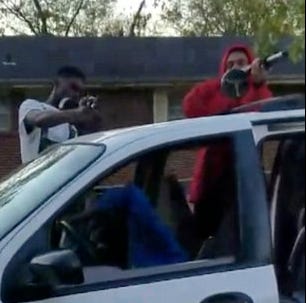 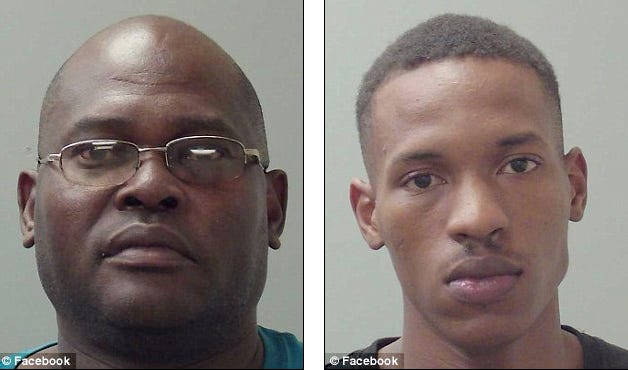 Two men were arrested in Huntsville, Alabama at 5am Tuesday after police were sent a gunfight-themed mannequin challenge video that was posted on Facebook in November. The resulting investigation saw cops bringing in the men on gun and drug charges, as well as finding four guns, body armor, packs of marijuana and ammo, WHNT reported.

The video, which shows 19 people – most with guns – posing in a freeze-framed ‘shootout’, was posted on the Facebook profile of Hailey Nichols on November 9. It has since received more than four million views.

Among those viewers were Madison County Sheriff’s Office investigators, who were sent the video by a concerned citizen.

Listen I know everybody’s first move is to automatically hop on their high horse and talk about how stupid these people are. How dumb it is to bring attention to yourself pointing guns at each other at the house where you store all your body armor, ammo and weed stash. And you certainly can’t argue with Captain Mike Salomonsky’s point – when you see 30 people all in one place all with guns, police often take notice.

But um…4 million views? Ahh that’s kind of worth it right? Well maybe not from your point of view, but from an internet professional and content creator – that’s the type of exposure you dream about. Feel like Portnoy will pick 5 or 6 bloggers out of a hat today, make them go purchase guns and ammo on the street somewhere, then stage a shootout mannequin challenge somewhere in the city. Best way to capitalize on the situation right now. Like I know you guys don’t think that way, and it’s not your fault, you’re not in the business. Just saying that for some people there are things that are a lot more important than a clean criminal record and freedom. Things like clicks and pageviews and reach and exposure.

So my point is that I can relate to these Alabama dumbasses.