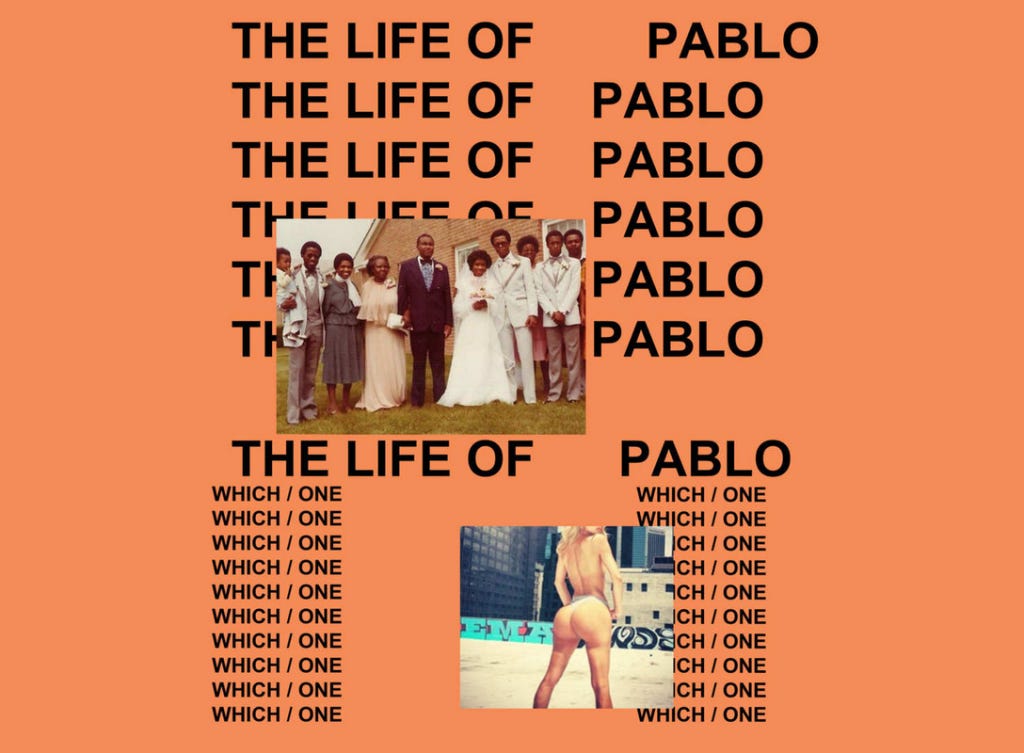 Ummmmm… what the fuck? I know I’m a Kanye freak, so everything I say should be taken with a grain of salt, but this is insane to me. I won’t fight anyone on Beyonce, Lemonade fucking went, or Sturgill Simpson, he’s the best artist you’ve never heard of. I won’t even throw a hissy fit over Bieber, Purpose was a fucking great album.

But Adele and Drake? 25 and Views over TLOP? That is insanity. I’m a huge fan of both Adele and Drake but to say that 25 and Views are better than TLOP is one of the dumbest things a human being can say. Don’t look at any tracklists, can you tell me the good songs off either of those albums? Was Hello on 25? That feels like it came out ten years ago. What about Views? There was that islandy song with Rihanna, the Cheesecake Factory one, and Feel No Ways was actually pretty dope. That’s a combined two songs I can name off of two nominees for Album of the Year. This isn’t even a Beck argument where “real artists” are getting nominated over the uber popular ones. Drake and Adele are pop radio icons and I, a pop radio fanatic, can’t remember any songs off these “great” albums.

But “The Life of Pablo”? Top to bottom bangers. Ultralight Beam, Father Stretch My Hands pt. 1, pt. 2, Famous, Highlights, Waves, FML, Real Friends, Wolves, I forget if this is even on the album but 30 Hours… all great songs. The entire album is amazing, front to back. It’s art. Don’t believe me? Listen to experts break Ultralight Beam down.

But even more than my outrage, the Academy should fear the outrage from a Mr. West. This dude stormed the stage once then almost stormed the stage again when his kinda friend’s wife didn’t get the props he felt she deserved. You think he’s gonna take this shit laying down? Not sure if you heard, but he’s not exactly the most stable person to begin with and he’s completely off the rails right now. He’s a house of cards and a tornado just came through, now you think is the time to deny him his genius? I don’t want to put any ideas in his head but this might be an action movie “the building is wired to explode” situation that the Academy has put into their own hands. Dangerous to fuck with a genius, even more dangerous to fuck with an insane one.

Stupid move all around not nominating TLOP. It deserved it on its own merit, it deserves it even more when you factor in the consequences.

album of the year+ 4 Tags