700Level – Matt Rhule is stepping down as head football coach of the Temple Owls to take the open coaching position with Baylor.

This is likely a tough decision for Rhule who has taken the Owls program to new heights, but a Big 12 coaching gig will also take Rhule’s bank account to new heights, so it’s not exactly a day where you’ll feel bad for him.

The kid whose Twitter account is @mattrhule, however? Tough day for that high schooler as he catches the grief of some of the displeased Temple fans. 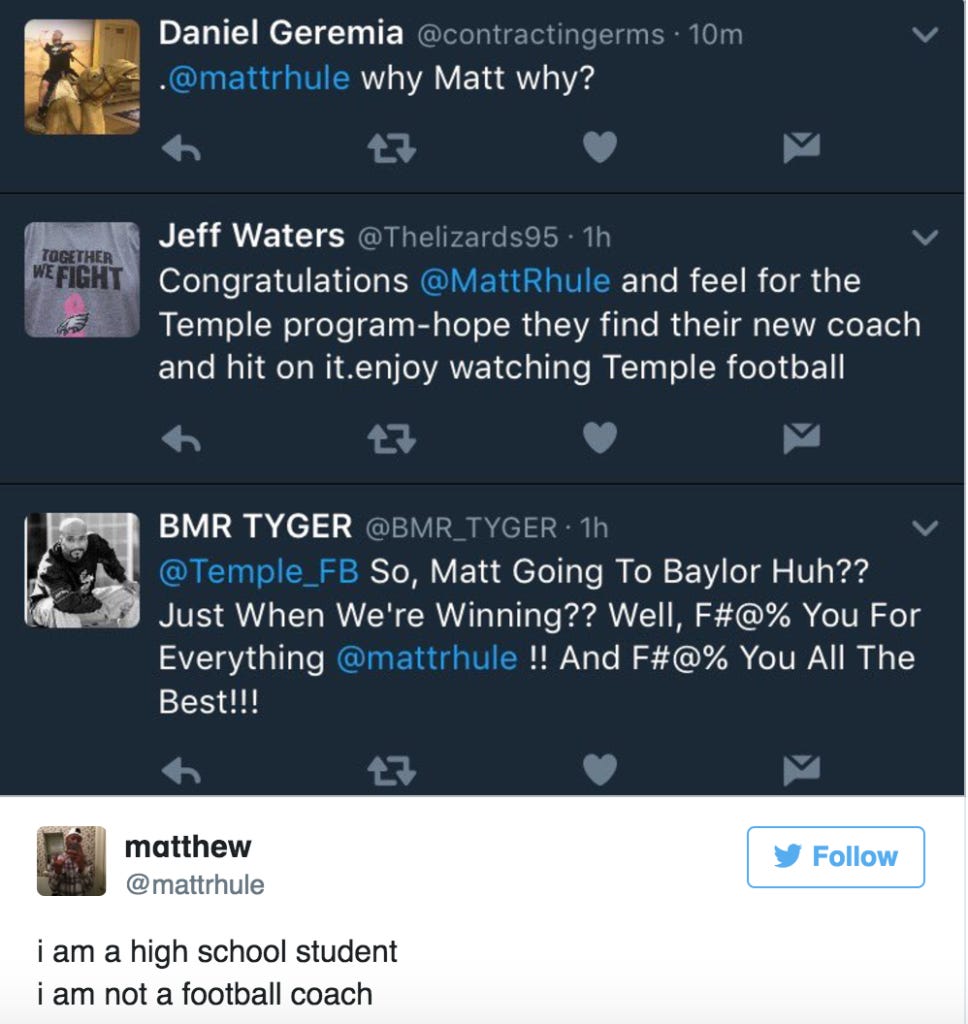 In all the ways technology makes life better for us in 2016 this is definitely one of the major downsides. When somebody has the same name as you and acts like an asshole. 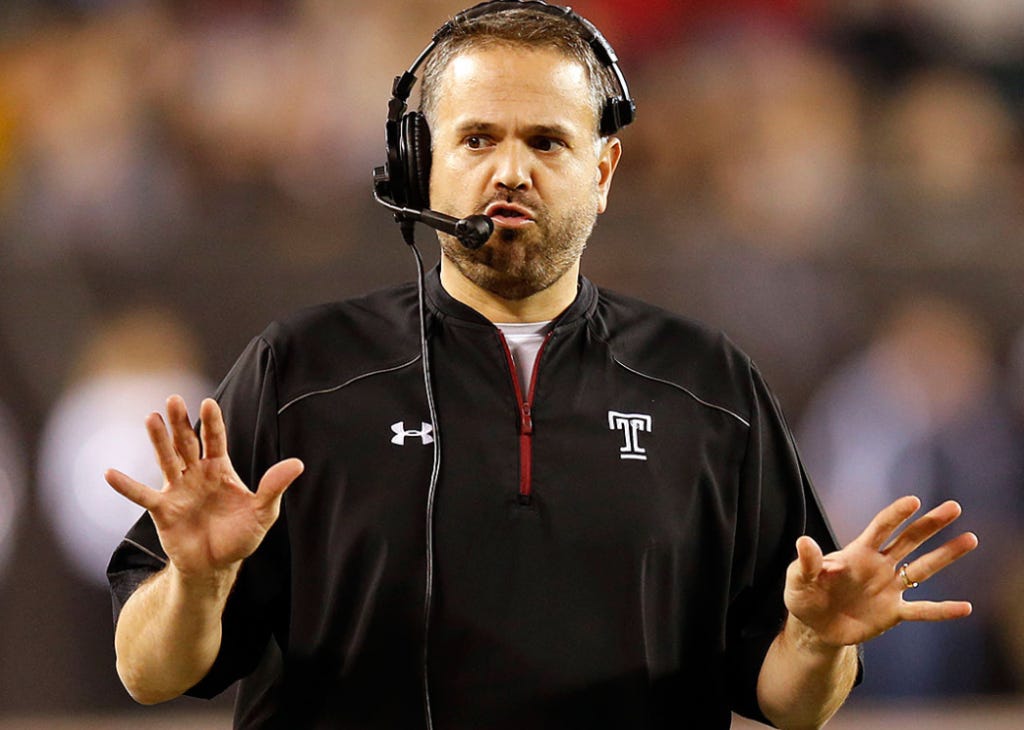 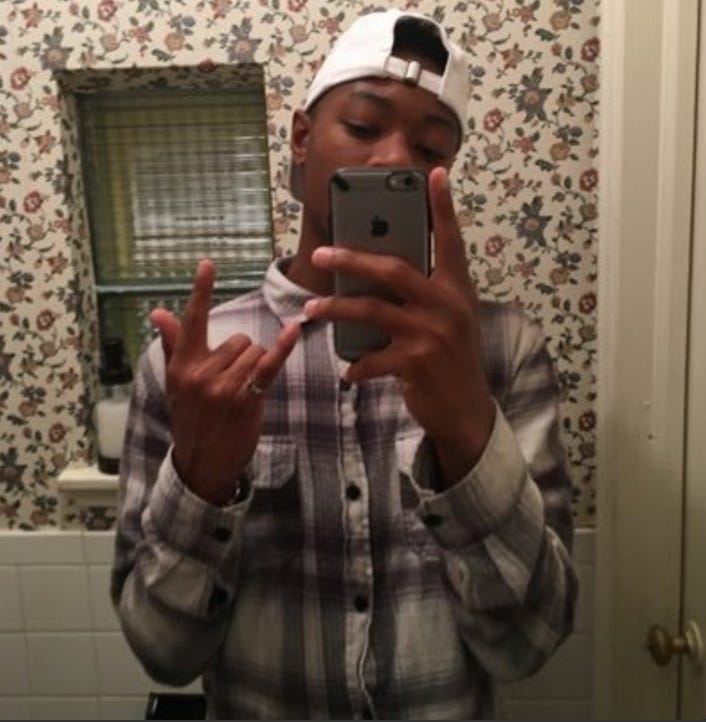 But when it comes to a Twitter handle they are one and the same as far as the internet mob is concerned.

As someone who is deathly allergic to spam and a cluttered Twitter timeline, I feel for Matt Rhule the High School Kid with one billion tweets in his mentions right now. Especially when you consider most of them are telling him to kill himself and die.